Many of Shawn Mendes’ biggest hits have one thing in common: the songwriting team.

Over the course of his six-year career and three chart-topping albums, the Canadian pop star has gradually built himself a robust team of hit-makers that has delivered hits like “Stitches,” “Treat You Better,” “There’s Nothing Holdin’ Me Back” and “In My Blood.” A quick scroll through the songs’ credits will reveal some consistent names, but one of the most notable constants is Teddy Geiger, someone who probably understands Mendes’ meteoric rise to fame more than anyone else.

Almost 10 years before Geiger — who was assigned male at birth but came out last year as a trans woman — joined forces with Mendes, she too was a pop star. In 2004, she appeared on the reality series In Search of the Partridge Family, where she competed for (and lost) the chance to be cast as Keith Partridge. The following year, she opened for Hilary Duff’s summer tour. Her 2006 debut album, Underage Thinking, reached the Billboard 200 top 10 and singles “For You I Will (Confidence)” and “These Walls” earned her lots of airplay on MTV, MuchMusic and various radio stations. She was, at the time, considered a bona fide heartthrob.

But a frustration with the direction her career was headed — Geiger was pushed to act and pursue other projects that took her away from the creative side of music — soon pushed her to leave the music industry altogether. In 2009, she moved from Los Angeles back home to upstate New York.

“I started out as an artist, but I’ve always wanted to be a writer and producer,” she now recalls. “One of the things that I loved about working on that first album was working with Billy Mann, who produced the album, and all the people who worked to finish it. Just seeing how they did things and learning. I’ve always loved the creative part of music more. That’s what makes me happiest.”

Returning to the music industry

After some time at home, Geiger reset her sights on songwriting and producing and returned to Los Angeles. She “hit the ground running”: Geiger signed a publishing deal and was quickly set up with an average of six sessions each week.

“Every day, I’d just wake up and meet new people,” she says. Sessions can range from “sometimes great” to “sometimes horrible,” but Geiger says it’s all a matter of “finding a rhythm and finding my people.” This time, instead of being the artist at the front and centre of it all, she would sit on the other side of the recording booth, helping a new crop of pop stars pen songs, including some early tracks for One Direction (“Little Black Dress,” “Where Do Broken Hearts Go”) and Drake Bell (“You’re Not Thinking”).

She first met Mendes in 2015 when he cut “Stitches,” a song Geiger wrote with Danny Parker, and was sent by her publisher to Mendes’ team. “We instantly just had a connection and I felt that he was super talented,” Geiger remembers. In some ways, it’s easy to see why the two would get along, musically. Geiger’s solo work delivered sweet pop melodies through lots of acoustic guitars and stripped-down sincerity, which is the same vehicle Mendes uses to drive home his anthemic hits. That immediate kinship Geiger describes led to an invitation to collaborate more, particularly on Mendes’ next album, 2016’s Illuminate.

Of their writing process, which includes another regular collaborator, Scott Harris, Geiger says “we’ll all kind of just talk about stuff and life, and usually something will surface that’s worth writing about.” But as much as everyone in the studio gets to contribute ideas equally, Geiger does note that the vision ultimately belongs to Mendes, who “really knows what he wants as an artist, so it’s just building around that.

While Geiger says she always feels some pressure to “deliver” when she’s working in the studio, she emphasizes this urge to produce great music when discussing her work with Mendes. “I don’t ever want to let anyone down, that’s my worst fear.”

But she has yet to let Mendes down: “Treat You Better” and its accompanying music video has surpassed one billion views on YouTube; “Mercy” went triple platinum in the U.S.; “There’s Nothing Holding Me Back” won a 2018 Juno Award for single of the year and last year’s “In my Blood,” off Mendes’ self-titled third album, earned both Mendes and Geiger their first Grammy nominations for song of the year and pop vocal album of the year, in addition to six 2019 Juno nominations.

Mendes’ third album, which came out last June, not only marks a new level of achievement for Mendes, Geiger, Harris and co. on a macro level thanks to the awards acknowledgement, but it’s also a step up musically, lyrically and emotionally. The album finds Mendes, now out of his teen years, opening up in a way fans had never seen before while exploring a wider breadth of sounds beyond the acoustic guitar. Throughout the album, Mendes speaks openly about anxiety, desire and adversity, topics that his previous work didn’t dive into as deeply.

In the months leading up to the recording sessions for this album, Mendes and Geiger exchanged texts about wanting to “make real shit that changes people’s lives that’s just honest and real.” Geiger was excited by the idea of tackling subjects head on because she was also in the midst of confronting some significant personal truths.

Geiger was in rehab for a month for obsessive compulsive disorder, anxiety and an addictive habit of smoking cigarettes and marijuana. It was in there that she realized these problems were tied to her gender dysphoria. As a result of her work in rehab, she finally opened up about being transgender and came out to her family. It marked an exciting new chapter in Geiger’s life, but her busy work schedule required her to jump right back into the studio with Mendes to start work on his third album. She left rehab on a Saturday morning, went home, packed and drove up to Malibu to record with Mendes on the Sunday.

“I was hot out of the most therapy I’ve ever done in my whole life,” she explains. It took her some time to reveal her big news to her collaborators because, as she notes, “I’m here to work.” Even so, she was able to work while wearing women’s clothes and makeup, something that Geiger says took some getting used to but was liberating for her. “It was nerve-wracking at first,” she says. “But it’s so weird now because I can’t imagine feeling weird about it. It’s hard to think back to a time when it was a scary thing because now, it just makes sense.”

In a New York Times feature on Geiger last year, Mendes shared the story of the first time he referred to Teddy as “she” in conversation. Geiger “looked at me with an overwhelming amount of happiness and joy beaming out of her eyes,” he said. “It was right then that everything really made sense to me. For everyone that ever questions why people may choose to transition, if they had a best friend or somebody they loved dearly look at them the way Teddy looked at me in that moment, they would no longer question it.”

“It was exactly how he tells it,” Geiger assures. “You’re so used to hearing the other thing, but when someone uses the right pronoun, you’re like, ‘Oh! That’s me!’ It feels so good.”

It’s been noted by the media that Mendes doesn’t include any use of gender pronouns on his songs. “Everything is up for your perspective,” Mendes explained. But when the topic is brought up with Geiger, she paused. “Did that happen?” she asked, not realizing that that was the case. “Whoa.

“I tend to use ‘I’ and ‘you’ because as soon as you start talking about ‘she’ or ‘he’ or ‘that girl,’ it becomes very impersonal,” she explains. It’s a lesson she picked up from those early solo recording sessions with producer Mann. “I remember him being like, ‘No, it has to be personal,’ which makes so much sense. It’s easier to put yourself in those shoes.”

After all, a personal song connects with audiences better. But what’s the extra element, the one that makes a pop song great? “Really, the main thing is that it’s enjoyable to listen to,” Geiger responds. “To be able to sing along…. You just feel it.”

Since the release of Shawn Mendes, Geiger has put out her very own album, LillyAnna, which is a collection of tracks written in the early 2010s. Geiger’s solo work isn’t her main priority — she says that working on her own songs “tends to go slower” — but she does hope to continue writing tunes for herself.

Outside of Mendes, Geiger has worked with some of music’s biggest names in recent years: Christina Aguilera, Anne-Marie, 5 Seconds of Summer, Maroon 5, James Blunt and Leon Bridges. Geiger wants to expand that list to include even more Canadians, as she’ll be spending some time up north soon while her fiancée, Schitt’s Creek star Emily Hampshire, begins shooting the sixth season of the hit CBC show.

Geiger doesn’t have a comprehensive list of people she wants to work within Canada just yet, but she says some of her favourite artists here include Broken Social Scene, Metric and “Drake, obviously.”

But while we wait to see who Geiger teams up with next, she may have something in common with all those names above: she could soon be Juno Award winner. 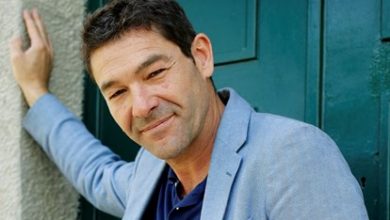 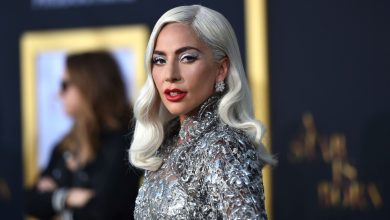 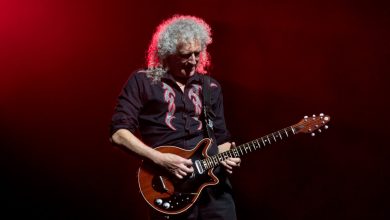