Just over two years ago, Canada took a major step in very a controversial subject: the legalization of cannabis. From that point on, entrepreneur Vish Joshi decided he wanted to get into this fresh new market. After going through a detailed permission process conducted by the provincial government, he finally opened the doors to Forever Buds three weeks ago. Located at 722 College Street—the heart of Toronto’s Little Italy neighbourhood, Forever Buds is one of Ontario’s newest Alcohol and Gaming Commission of Ontario (AGCO) authorised cannabis retailer stores. The company’s CEO , Vish Joshi, explains that due to the restrictions imposed by Covid-19, sales are made online, through delivery or curbside pick-up.

The store’s menu lists a wide variety of flower, pre-rolls, vaporizes, concentrates, such as oils and sprays, and also edibles. Each of these products contain different levels of THC and CBD, both cannabinoids derived from the cannabis plant, and all are regulated by Health Canada.

This week, Vish , Vish Joshi, was the interviewed by Manuel DaCosta on “Here’s the Thing”, which will air on Camões TV. During the interview Vish talks about his business, explain a little bit about the process of getting a license in Ontario, gives an analyses of the industry, and discusses the pros and cons of the current legislation in the marketplace.

Manuel DaCosta: What made you want to get into the cannabis business?

Vish Joshi: Being an entrepreneur I’ve always wanted to get involved with business that are on the forward approach and getting involved with cannabis allowed me to get involved and to try make a change with something that is kind of a tabu, and at the same time try to make some money from it.

MDC: Why is it still tabu?

VJ: A lot because of our parents’ generation. When we grow up it was illegal, it was tabu because it was classified as a drug—it’s still a drug, but now is a legal one.

MDC: Entrepreneurs getting into the business and stores are sprouting everywhere and a lot of entrepreneurs. Why is this business attracting so many people to invest in it?

VJ: Whenever there’s an initiative of an open market in a business like cannabis, a lot of people think that getting into the game is a get rich quick scheme where they’re going to make a ton of money. Once they get in, they get to know it’s a very stringed process that is regulated heavily by the AGCO. So, money is a huge factor in the decision of making process, I’m sure for many entrepreneurs, myself included. I guess that’s the main driving force.

MDC: Tell us how you started—how you got to the point where you got the license to open up a store. It’s not a simple process here in the province of Ontario.

VJ: My first advice to anybody getting into the business would be to your do due diligences. Take a good look at the industry. For us, it was a 2-year process. We went through the initial open market process, which is a lottery system, actually two lotteries. We were put on an extensive waiting list because there were only a handful of people that were selected—five in each territory that the AGCO would identify. Then January 2020 we went into the open market and that’s where it was fair play for everybody. When I say “open market” it means that anybody that has a desire to get into cannabis business can go online, go to the AGCO website and simply apply.

VJ: Initially in the lottery system there was only going to be five that was selected in the Toronto region. When we went back to the open market, it was fair play for anybody and that was when the rules of the game changed. Today in Toronto you’ll see clusters of stores. On Queen Street West for example there’s 40 stores. On College where we are located we already have two additional stores operating with another one coming probably sometime this year.

MDC: As an example, there’s a store that was opened in Bloor and Dovercourt not many months ago, and now it’s already closed. What do you think might have happened? Is it a consequence of Covid or do you think that the marketplace is just not supporting all of these stores that are opening at the same time?

VJ: It all comes down to the individual operator. The Alcohol and Gaming Commission does a great job in doing their due diligence on vetting on an applicant but the applicant also must have the ability and to skill to operate within the marketplace, understand the geographical territory and run a business. Not everybody has that ability.

MDC: If where you are, at College and Crawford, in that general area there’s already three or four others stores and more under construction. What’s the feasibility for all of these stores surviving when they’re clustered near each other?

VJ: I think it’s almost like a convenience store. In the same area on College Street, you have multiple bars and multiple restaurants next to one another, so there’s enough business for everybody. You need to be able to segment your way through the community, understand your client, their needs, and try to have that edge on your competition. Ultimately buying from the Ontario Cannabis Stores, you’re buying similar products but there’s thousands of skews. If you look at our location on College Street, our menu is completely different from our competitors. It’s not done by design, it’s because we hired the professionals to assist us in our menu and we’ve got a great marketing team on board, that helped us create a menu that we felt would serve the Little Italy community in a positive manner. We’ve received great response since we’ve opened.

MDC: When you’re marketing a store like this, you’re marketing a menu—all of these products that you make sound so sophisticated, it’s almost like a restaurant. To be a restaurant, you need to open it up and make people feel welcome. Yet the government makes you black out windows and hide your product. Why is the government doing this, knowing that your marketing plans are competing against a black market that is not going to go away?

VJ: Having the Ontario government as a business partner in this game, doesn’t necessary mean that is a great partner. Often when the government gets involved in a business model or venture, there are errors that are made. They are not looking at the best interested of the entrepreneur that is running the business. We’re hoping that down the road, Canada will adopt some changes similar to what you see in the USA. Also, there is the Amsterdam model, where you actually see the product. You can touch and feel what’s on the stores shelves but right now, we are under that rules, and we have to adhere to the rules.

VJ: Today’s cannabis consumer is looking for high THC (the cannabinoid that is principally responsible for the psychoactive and intoxicating effects of cannabis consumption) and value for their dollar. You also have the CBD, which is more the medicinal side that typically is a low strain. For us at Forever Buds, we’ve got the flowers, the vapes, the edibles and the creams.

MDC: What is the difference when you describe the flowers and the cannabis itself? Is the flower a product of the plant?

VJ: For example, a consumer will take either a flower or they’ll take a pre-roll. The flower isthe bud of the plant and the person has to prepare it himself before they smoke it. Then you have the people that want to cut out the mess and have a pre-roll which is no different than a cigarette.

MDC: Tell me a little bit about medicinal marijuana. How available is it at this moment, is it still a very small part of the overall sale of Cannabis products?

VJ: It’s a big part of Cannabis but the medicinal side, the consumer is typically purchasing from specific growers—they go directly to growers or have people growing for them. We sell recreational cannabis.

MDC: Do you believe the Canadian marijuana industry is it in trouble?

VJ: I don’t think it’s in trouble. I think that needs to get another governing body. It needs to have the free will of the entrepreneurs. Right now, there’s a lot of red tape and regulations, and typically the provincial government is not talking to the federal government. They have their own set of rules and it’s not working perfectly right now.

MDC: There are over a billion grams of pot in storage right now in Canada, that’s a three-year supply. Do you think that we overestimated the por industry in Ontario?

VJ: I’m not sure if we overestimated, I just don’t think the government put the foresight into rolling out the retail platform, to be able to get rid of that surplus that is stocked in warehouses. Only now, a matter of 60 days ago, did the Ontario government change the rules to start authorizations from five stores a month to 20 stores a week. So now they’re really ramping up the process, to get stores out there. The goal is to have over a thousand retail stores in Ontario by this September.

MDC: Why are people going to the illegal market? Is it because the product is cheaper? Is it better? What’s the attraction?

VJ: At the beginning the attraction was that the local dealer was their dealer, so yes, it was definitely price and quality. When we buy cannabis, we’re all behind the eight ball because of taxation. We’re not buying at the right price point and were also competing against the Ontario government because they are selling product online. I believe it will get better when more and more stores come into play and more products become available. Price points are already coming down.

MDC: What is the price of a gram of pot today?

VJ: Average depends on the strength, but you can say around 9 dollars and the government is going to take at least 30%. 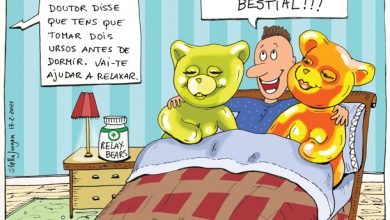 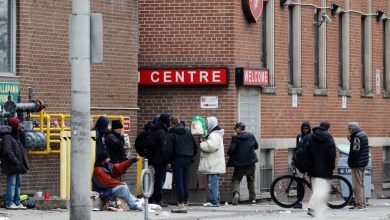 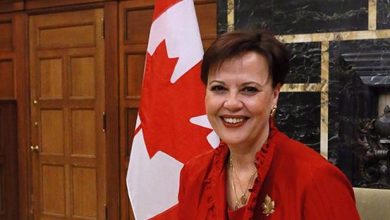 Alexandra Mendes: “One would think that in a country such as Canada, gender equality would be a given” 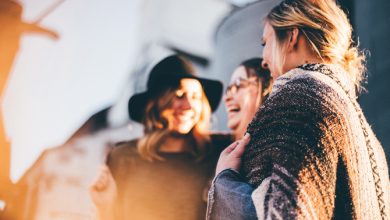