“We don’t know who is going to deliver it, if it’s going

to carry well, if it gets there hot or cold”, – Al Carbone

Kit Kat is one of the most vibrant restaurants in the Toronto Entertainment District and it’s been open for 31 years. Named one of TripAdvisor’s 10 Best Restaurants Near TIFF Bell Lightbox, Top 10 Toronto Restaurants around the iconic CN Tower and Top 10 Best Restaurants in downtown Toronto, just to mention a few recognitions, Kit Kat is located on 297 King Street West and is an Italian Bar & Grill specialized in Southern Italian home-style cooking.

App foods are booming in Toronto and Milénio Stadium heard Al Carbone’s opinion – he is the owner of Kit Kat restaurant, a very famous place that refuses to work with food apps.

Milénio Stadium: With the growing use of food apps in Toronto, does it still make sense to have a door open in the city?

Al Carbone: They charge too much, in some cases, they ask for 30%, so we don’t use this type of service. Besides that, we don’t know who is going to deliver it, if it’s going to carry well, if it gets there hot or cold.

The traffic it’s terrible because of King Street Pilot Project and the business it’s different from what it used to be. Now we close three hours earlier each night and everything is more expensive comparing with the past. It’s not easy to small businesses to keep the door open.

Since the beginning of Pilot Project, 25 restaurants had to close, and City Hall doesn’t listen to us. We employ 35 people and this project is a lie because it doesn’t work, transit is always broken.

Those who make the rules don’t know how businesses work, let’s put it this way.

MS: Most of your costumers eat in the restaurant or they use take out?

AC: Most of our customers live in the neighbourhood and they call us and then they come here to pick up the food. We have a lot of condos in our area and people like our food.

MS: On Kit Kat we can find gluten-free pasta. Do you feel that new generations want everything personalized?

AC: Besides gluten free, we also have vegetarian, and we will make an order whatever someone requests. It’s our policy.

MS: More than 200 restaurants are participating this year on Winterlicious. Why is Kit Kat not on this list?

AC: We were on Winterlicious in the first six years with two restaurants, now we don’t participate anymore. It’s only for two weeks and we still stay busy during that time. Some people need it for cash flow, but it has a lot of restrictions. Sometimes people don’t even cancel the reservation and we lose money. The restaurants need to make the menus like the City wants, with free dinners to city staff and city police…

MS: With increases in property taxes some historic restaurants are struggling. Can you still afford to pay more taxes or will you have to eventually find a new location?

AC: I can’t afford it. It’s getting harder to make a living. We can’t be open just to pay bills, wages and taxes. On King Street I pay almost $4,000 a year and tell me which services I get. I pay garbage removal myself because I use a private company, they pick up garbage every day, so it’s clean. I pay my water, it used to be $3,000, now is $4,000. King Street used to be a restaurant road and we used to be all friends, now divided us with this Pilot Project.

MS: In the last 31 years a lot of celebrities passed by Kit Kat.

AC: We have a long list of celebrities and sometimes I don’t remember all names because it is a long list. The last one was Sting and during seven weeks he came to our restaurant every day, sometimes twice a day.

Rolling Stones to Bruce Springsteen and Jay-Z, so many music legends… 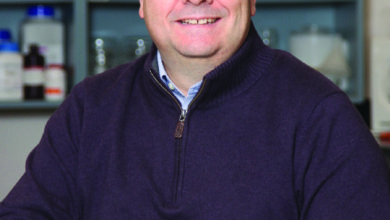 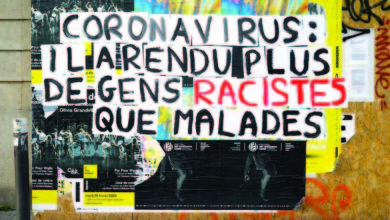