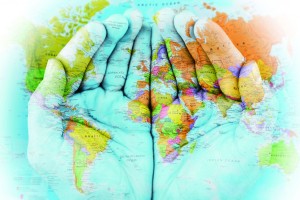 1. As an immigrant, what rights do you consider to be most fundamental?

2. Do you feel that the Canadian Government supports our rights?

I was born in Mali, then when I was a kid my parents moved to the US and later, I decided to move here. Compared with other countries I think the Canadian Government has our rights in consideration. I have chosen Canada, exactly because guarantees my rights and it’s a multicultural country and the acceptance of immigrants is better. Regardless, there’s always ways to improve.

3. What was the biggest challenge you have faced?

In my opinion, in the workplace there are still a lot of stereotypes. I don’t want to say that this is a racist country, but racism is still alive. It’s not something the government can control, it’s more about the evolution of society. I have experienced this in the US as well. I have a masters degree in Marketing and work experience but it was very difficult to find a job. I can’t prove it, but I think sometimes I wasn’t chosen for a job because of my nationality.

1. What rights do you consider to be most fundamental?

All rights are important, that’s why they came up with them. The right to speak, to express yourself, be free from discrimination.

2. Do you feel that the Canadian Government supports your rights?

I don’t know if it’s the Government fault, the society, all of us or even me. I don’t think we have all the rights we should have. We are suppose to have the same opportunities, that’s not true. Not even we are treated with dignity. We are definitely discriminated, by the way people look at us, how they think we don’t want to work… Who’s going to hire me?

3. What support do you get from the government?

Well I use food banks a lot, but that’s mostly volunteers that work there. And that’s a big help. People also distribute blankets, coats. But that’s people, not the government.

From the government we have shelters. But would you like to sleep next to a bunch of strangers? Some with big problems. I don’t know, most times I rather be alone, I’ll go there if it’s extreme cold.

4. What do you think Canadians need?

I don’t know. But do you see the rents? Buying a house? Tuition to get an education? These days, even food is a luxury. I just don’t think people can have a good life if things continue like this. Of course a lot of people have money, but I’m talking about the “normal” citizen. You can have a job today, house, all that. One day something goes wrong, you loose your money. What are you going to do? You have to help yourself. And health, not everything is covered…dentists, we need that too.

1. Living in Toronto, can you meet your basic needs to live with dignity? I’m  mostly referring to food and housing.

For me has been difficult. I have a family of four and I’m the only one with a paycheque. It’s definitely not enough to cover all our needs. Rents are too expensive and the minimal wage is not enough.

2. Do you feel that the Canadian Government guarantees equal opportunities?

In my opinion, not everyone has the same opportunities even tho we live in a free country. But the government has good programs that have helped me. I’m a single mother, I have three boys, it’s difficult to make a living in this city. The government helps me with the Canadian Child Benefit. Is it enough? Maybe not, but it’s a good help and food banks are too.

3. What do we need to be able to afford living in Toronto?

The biggest challenge I see its quality of life. Here we are, in a rich country, but I know a lot of people that can’t afford to pay rent or food for their families. The government has to raise minimal wage, there’s no way we can continue to live like this or have the minimal to have a good life. And not everything is covered, I have a lot of expenses with my kids, specially dental, that should be included in the health plan.

1. What are human rights?

Everyone should be treated the same. Guaranteed health treatment and access to education.

2. Do you think women have the same opportunities here?

Some jobs discriminate based on the way you look and that’s not fair. That can’t happen. Also, because women have children and may need some time off, employers tend to choose men.

I don’t think it’s fare. If people do the same job, have the same degree, have the same amount of work, why are women being paid less? Isn’t equality part of human rights and the right to the same opportunities? Women don’t receive the value they deserve. I don’t want to get a job and make less money, based on my gender.