The Ontario government, like many around the world, has been slowly rolling back restrictions put in place by during the state of emergency. Restaurants will open, people will go back to work, and some government programs will wind down. But this is not the beginning of the end, it may actually just be the end of the beginning. 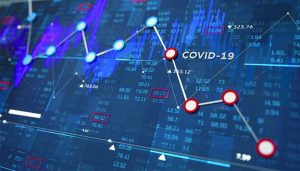 Covid-19 is not cured. While Ontario may be seeing numbers drop to sub 200 new cases per day other parts of the World from Brazil, to Africa, to 30 US States are seeing net daily increases. Even China has seen what may be the begging of what could be the dreaded second wave. There is some evidence to show that infection rates are tied to temperature ranges, meaning the fall could get see another spike in our area. This may not be the Post Covid world, but the inter-Covid world between waves.

Unlike the first wave, which no one was prepared for, future outbreaks will likely not mean full-scale economic shutdowns but will instead more likely see smaller scale quarantines to triage the affected area and prevent spread. This on-again, off-again world means that life and the economy will not be going back to normal for a while. So what can one expect?

The first and one of the most obvious that we are seeing already is that any business model that was predicated on serving the most people it could in a small space like restaurants, hairstylists, airlines, sporting events, and alike can expect to be far less profitable. Limitations on the number of people in an area at a time and social distancing protocols will reduce the ability to turn over customers, with no impact to overhead, resulting in less profit and likely the need for less staff.

The second is that work, in general, has changed forever. Anyone who can, has been working remotely for months now. Businesses who resisted technology have been forced to adopt it in order to keep going. Not only have they seen that people effectively can work remotely, but now they are wondering why they are paying so much for office space. Some major companies in the technology industry have already told their employees that there will be no coming back to the office and that the office will be gone. This will now go from the exception to normal and demand for commercial real estate is likely to decrease in the coming months to years putting downward pressure on rents.

Speaking of real estate, the Canadian residential market has stayed pretty stable to date, but don’t let that fool you into thinking everything is okay. After all, if banks are allowing mortgage deferrals for up to six months then who is losing their house? The answer, no one. But sooner or later regardless of levels of government stimulus, that will no longer be the case and at some point, we will see an increase in supply due to foreclosures, creating a strong downward pressure on pricing.

While many government programs are coming to an end soon many will most assuredly be renewed or replaced. Despite those programs, no extension of the $2,000/month benefit will be enough to replace the gaping hole carved out of the economy by Covid-19. While many hope for a “V-shaped” recovery where we bounce back quickly, as long as one person is on average infecting six people, it does not take much to cause an outbreak that can bring a job site or city to its knees. We are already in a recession and the real question now is how long and how deep does it go. The longer it does, the more likely we are going to pay the price for record-high levels of debt through increased financial distress and bankruptcy. While the government will hopefully not have to launch multiple programs rapidly as it did in the first wave, we can expect that this is not the end of the economy’s need for stimulus.

So what’s to be done? Now more than ever personal financial prudence is called for. We can’t travel anywhere or go out as much, so use this time to build up your savings, pay down your debts, and plan for a rainy day. And do your part to social distance. We are all in this together when it comes to both wealth and health.