According Statistics Canada, between 2009 and 2014 Saskatchewan reported the highest average prostitution rate (19.3 offences per 100,000 people), followed by British Columbia, and Alberta. The national average over the six-year period was 6.9. In 2014, the prostitution rate and number of incidents dropped for nearly all provinces compared with the previous five years. The same source says that most prostitution incidents occur in public spaces such as streets, parking lots, subway/bus stations or even shelters, and that females accused of a prostitution-related offence were, on average, several years younger than the accused males. The median age for males accused of a prostitution-related offence was 42 years of age, while for females it was 31. According to RCMP, for some, prostitution can be a gateway into human trafficking, a serious crime involving the sexual exploitation of persons, often young and female, for money.

Pivot Legal Society is a legal advocacy organization based in Vancouver, in British Columbia. Founded in 2001 their mission is to defend the interests of marginalized communities affected by poverty and social exclusion. One of their main campaigns is for sex work law reform and according to them, they estimate that less than 20% of all sex workers in Canada work outdoors.

MS: Could legalising the sex trade help in the fight against human trafficking?

Pivot Legal Society: Legalization and decriminalization are two different concepts. If sex work were decriminalized, including migrant sex work, sex workers could be allies in the fight against human trafficking as they are best positioned to recognize it when it is happening. Also, if the police are no longer focused on policing the sex trade, it would allow them to focus more on cases of actual human trafficking.

MS: Could decriminalization be the first part of the process?

PLS: Decriminalization of sex work is a necessary first step in recognizing the human and labour rights of sex workers. By decriminalizing sex work, sex workers could then access the same kinds of labour and employment protections that others take for granted.

MS: Current sex work laws, introduced by the Conservative government in 2014, make it illegal to purchase or advertise sexual services and illegal to live on the material benefits from sex work. How are the actual negotiations with the federal government?

PLS: Built into the current laws is a requirement that they be reviewed by Parliament five years after being implemented. We reached that milestone in December 2019 but to date, the review has not started, likely due to Covid-19 pressures. We still expect the government to fulfill its mandate in this regard.

MS: Some immigrants face more police harassment regardless of their participation in sex work. Can you please clarify?

PLS: I can’t speak to non-sex-working migrants but there is an Immigration and Refugee Protection regulation that prohibits migrant workers from working in the sex industry. This means that migrant sex workers are afraid to contact police if they are victims of a crime because they fear the involvement of Canada Border Services which may result in immigration detention and deportation for not abiding by the restrictions on their visa. Raids on indoor workspaces are also a risk for migrant sex workers for the same reason.

MS: With the pandemic, sex workers couldn’t apply to CERB or other benefits. Is this the time to make improvements?

PLS: This is definitely time to make improvements so that sex workers can access the same benefits as other Canadians. Unfortunately, the transition from CERB to EI makes it impossible for sex workers who were receiving CERB to make the switch as they are considered to be independent contractors and therefore cannot access EI. Barriers to receiving income support should be removed. 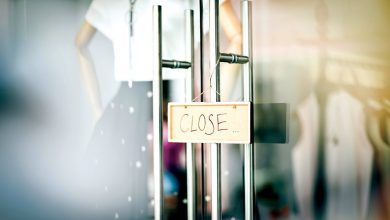 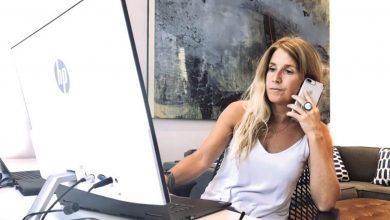