One of the main goals was to help women – Abrigo Centre started almost 30 years ago and has been a real support system for those living in vulnerable situations. The consistent efforts made by Abrigo Centre has contributed to the increased respect for the rights and human dignity of both youth and seniors. Abrigo Centre’s Supervisor Counselling Services, Cidalia Pereira, provided us with the opportunity to hear her perspective on how human rights are being handled. 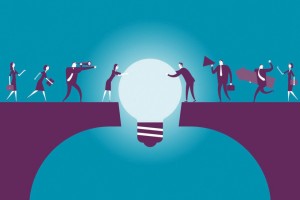 Milénio Stadium: Abrigo Centre is an institution that supports many people, who in various circumstances of life may feel that their rights are not adequately protected. Given this proximity to the population, what is your assessment of how we are dealing with the protection of human rights in the GTA?

Cidalia Pereira: People who don’t know their rights immediately become vulnerable. Some are taken advantage of and others harmed. In Ontario for example, we have seen an upswing lately in human trafficking. Young women forced into the sex trade industry. Abrigo supports individuals, families and communities by helping people understand their rights and responsibilities. People with knowledge tend to be less afraid to speak out. It gives them the ability to make informed choices about how to live, or not live, their lives.

MS: Apart from issues that can be solved or improved by government institutions, do you think each of us has a role to play?

CP: In Canada, our government has laws and regulations that we follow. When we don’t agree with them, there’s usually a process to express our disagreement and seek change. Change for the better does happen because someone took the initiative. Of course, we all have a voice for change during election time. It’s also important to support organizations that try to foster change in the world. Groups like Amnesty International shine a light on human rights issues or violations that the purveyors of would rather keep in the dark.

MS: There are numerous reports of human rights violations worldwide – is this an indicator that humanity has failed to learn any lessons from its history?

CP: It’s been said that if people fail to learn from history, it’s inevitable that it repeats itself. In Canada, and worldwide, we must demand that everyone lives with respect, dignity and gender equity. The United Nations’ Universal Declaration of Human Rights, signed in 1948, made it clear that people should live free of slavery, discrimination and have the right to equality and dignity. That’s not happening here in Canada, in the U.S. or around the world where people, for example, still do not have clean drinking water, migrant children are living in cages and people are oppressed and jailed for no reason under authoritarian regimes.

MS: We are living the Christmas season and we heard a lot about fraternity. Is this a good time to look at what’s going on with others? Have a closer look? Is this a better way to celebrate Christmas?

CP: Christmas is coming and people talk a lot about the “Christmas Spirit” of generosity and fraternity. Abrigo’s vision is to ensure that our efforts result in social integration and the empowerment of individuals, families and communities. We do our best every day to help people and families achieve their full potential. That is something all of us should be doing 365 days out of the year, not just around the holiday season.

MS: If you could, what would you change? Not just in Canada, but worldwide.

CP: Abrigo started almost 30 years ago as an agency to help abused women and children. Thirty years ago on December 6th the massacre of 14 women at L’Ecole Polytechnique de Montreal took place. The shooter deliberately went to kill women and in his mind “feminists”. Recently, we saw someone here in Toronto drive down a sidewalk to mow down as many women as he could. We all have a role to play in creating a culture of respect and taking meaningful action to ensure that tragedies like that never happen again, in Canada or anywhere else. The great Canadian writer Margaret Atwood once said, “Men are afraid that women will laugh at them. Women are afraid that men will kill them.” Every day we see women in our office afraid of their husbands and intimate partners. If I could, I would change the world so that no woman lives in fear of harm from a man.