The Ontario government is making easier for families, businesses and individuals to resolve their legal issues quickly and affordably by expanding access to the Simplified Procedure process in civil court. According to the Ontario Superior Court, nearly half of all civil claims in the province are commenced in Small Claims Court.

“Azevedo & Nelson” is a small litigation focused firm with over 20 years of experience serving Ontario clients in personal injury and civil litigation. Antonio Azevedo has represented clients at both administrative tribunals and all court levels, including the Supreme Court of Canada. Marlene Martins has been working at “Azevedo & Nelson” for the 14 years as a Personal Injury Law Clerk and recently passed the Law Society of Ontario, Paralegal P1 licensing exam.

Milénio Stadium: Since Small Claims limit was increased from $10,000 to $25,000 in 2010, there have been about 60,000 new claims started each year in the 77 Small Claims Court locations across Ontario. That is nearly half a million new claims in the past eight years.

The one problem with Small Claims Court is that there was poor oversight of the decisions of the judges. Because the monetary limit of Small Claims Court was so low rarely did losing parties appeal the decisions– it wasn’t worth it.  Now with higher amounts allowable, the Small Claims Court, becomes much more worthwhile to appeal a decision.  Consequently, we expect better oversight. One of the most important roles of an appeal court is to oversee the lower courts, and correct mistakes. They do this by the decisions they make on appeals brought before them.

AA & MM: Increasing the limits of Small Claims Court and the Simplified Procedure rule is in our opinion a good thing and can help improve access to justice.  Whether our existing Small Claims Court can handle the extra load we don’t know. Hopefully our government has considered this issue and will allocate appropriate resources.

MS: Do you agree with Ford government’s changes to rule 76 that Simplified Procedure will reduce legal costs and delays in Justice?

MS: Justice is expensive and inaccessible in Ontario?

AA & MM:  Justice in Ontario is very expensive, for a two-day civil trial in Ontario, using the traditional Superior Court process, legal fees for one side alone can easily exceed $30,000. For a five-day trial legal fees for one side can easily exceed $50,000. These amounts are for very simple and straight forward matters. Often fees for good lawyers are much, much more. It is not uncommon for people to spend $100,000 on lawyer’s fees and not even get to the trial. Only people with money can afford these kinds of fees.

Or alternatively, if they have a claim that lends itself to a contingency arrangement (where the lawyer charges a percentage of the amount recovered instead of an hourly rate), and they have a good claim, they will be able to find a lawyer.  Allowing contingency fees was a huge step to improving access to justice.  In our office we deal with a lot of car accidents and other personal injury claims.  It is not uncommon for us to spend $50,000 or $100,000 just on expenses to help a client prove his or her claim.  Almost all of our clients would not be able to afford to pay those expenses and then our fees. So we pay the expenses on their behalf and then wait until the claim is resolved to be paid. But even where a person has a good claim, if the damages are low sometimes it is not worth it for the lawyer to pursue the claim under the traditional rules. However, with the Simplified Procedure these claims now become worthwhile for lawyers.

MS: According to Ontario government, from now on people would be able to hire paralegals, law students or self-represent instead of spending money to hire a lawyer.

AA & MM: Licensing paralegals is one of the best things that has happened for access to justice. It makes a lot of sense. It lowers cost.  In our office, one of our long-standing clerks, Marlene Martins, recently completed her Paralegal certification course. It was long and difficult, but Ms. Martins did great.  Marlene is extremely competent and there is absolutely no reason why she cannot represent clients in Small Claims Court.  Marlene is more capable than many lawyers I know. Any why should a client have to pay $400 to $700 per hour to represent them when they can get quality representation by a paralegal in Small Claims Court at a much-reduced fee?

MS: According to some critics, the PC government is seeking to appoint more friends or ideological allies to the bench.

AA & MM:You can never escape the “politicization” of judges, we are all human.  And we all see the world through our own value system. The best that we can hope for are judges that are not overtly ideological. And yes, since judges are politically appointed there is always a risk that some government will appoint judges that are ideological.

MS: Ontario government is proposing changes to the rules at Queen’s Park that would give it the power to pass bills into law more quickly.

AA & MM:Rushing legislation through to enactment, unless it is an emergency, is not necessarily a good thing. In our opinion the process should not be rushed.  The process needs ample time to avoid mistakes and poor results – after all, every piece of legislation will impact somebody’s life.  As irritating as the opposition may be to the ruling majority, it is often the opposition challenges of legislation that can improve the quality of that legislation. 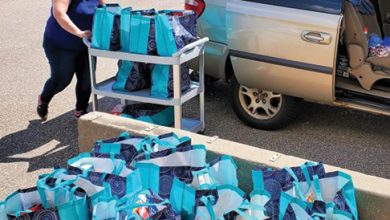 “Together and collectively we can do a lot” 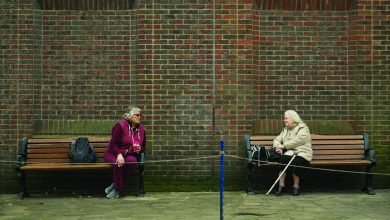 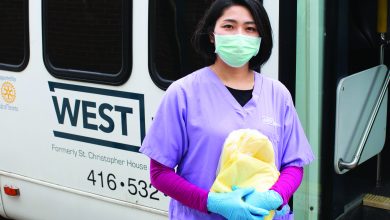