“Brothers and sisters, good night”, were the first words of Pope Francis on March 13, 2013 in Rome, the first day of his pontificate. Since then, the Pope has been surprising the world and the Catholic Church with his different approaches and different opinions, from a more inclusive and more open church to all. The Pope advocates integration into the church of divorced couples, homosexuals, and he wants women to participate more within the organization of the Church. On Easter week, when Catholics reflect on the resurrection of Jesus Christ, we interviewed the Cardinal Thomas Christopher from Archdiocese of Toronto to understand what the Pope’s legacy is and how the churches are dealing with the pandemic.

On the recent visit to Iraq, Pope Francis stated that the aim was to help create bridges of dialogue. “I go as a pilgrim of peace begging for fraternity, excited by the desire to pray together and walk together, including brothers and sisters from other religious traditions, under the sign of Father Abraham who brings together in a single-family Muslims, Jews and Christians,” said the Pope in a statement release by the Vatican.

The real name of the Pope, who was born in Argentina, is Jorge. To choose his name as Pope, Jorge was inspired by St. Francis of Assisi, a Catholic friar who was born in Italy and who was poor before turning to religion. Francis was the founder of the Franciscan order. When Jorge was elected Pope, a Brazilian archbishop told him not to forget the poor people. The phrase stuck in his head and he turned out to be Francisco. The current Pope has always defended a poor church for the poor.

Last week the Vatican made it known that all Cardinals were going to suffer a 10% wage cut, a measure that aims to maintain jobs in times of pandemic. The effects of COVID-19 also reached the Holy See, which has suffered a decrease in revenue since the virus hit the world and forced the closure of public spaces to halt transmission. The measure goes into effect this Thursday (April 1) and other clerics of the Holy See will also suffer wage cuts. An average cardinal in the Vatican earns an average of between 4 and 5,000 euros a month, with a cut of 10% they will earn 500 euros less.

The heads of other departments of the Holy See will also suffer a salary cut of between 3% and 8%. Wage increases will remain frozen until at least 2023. The Vatican expects a deficit of 50 million euros in 2021 and for the second consecutive year, the Holy See is expected to use 40 million euros in reserve. The Holy See’s main revenue comes from donations and real estate, which includes museums and a bank.

The pandemic forced the Church to go online in order to ensure its masses. On the Archdiocese of Toronto page, nearly 100 churches have Sunday Masses broadcast on Youtube. In a telephone recording, the Archdiocese explains that all Toronto churches are open at Easter, but with limits on the maximum number of faithful who can participate in the celebrations. “We will continue to safely and thoughtfully support those who need us most during this period of pandemic, as we continue to pray for those who are sick, those who have died and those who continue to care for them”, said Cardinal Thomas Christopher in a statement released after the government announced changes to capacity limits in grey zones in mid of March.

The Archbishop of Toronto was born in Guelph, Ontario, and was ordained a priest in 1973. With a Master in English and a Bachelor of Theology, Christopher studied in Rome and in 1986 he received a doctorate in Theology from Pontifical Gregorian University. Thomas Christopher participated in the conclave that elected Pope Francis in 2013.

Archbishop of Toronto: It was a great honour and joy for me to participate in the conclave that elected Pope Francis. It seems that much of the initial public excitement about the Holy Father was about how he was seemingly different than other popes and was the first non-European pontiff in so many years.

However, over time, and especially during the pandemic, he has shared profoundly meaningful Catholic lessons to the wider world. I think particularly of how he has taught that all life is sacred and is more important than material possessions, how we need to be present to one another and to be authentic witnesses especially during this time of pandemic. I hope Pope Francis has helped people see that the Catholic Church has valuable insights for our increasingly secular society to consider and reflect upon.

MS: How do you analyze Pope Francis visit to Iraq?

AT: The world should do more to help Iraq’s Christians after the terrible persecution they have endured in recent years. These are among the oldest Christian communities in the world. It is heartbreaking to see so many Iraqi Christians being forced to flee their homeland where their ancestors had lived happily for centuries. Pope Francis being physically present with Iraq’s Christian and raising attention to their plight was a brave and courageous thing to do. It is most appropriate for the shepherd to be with his flock, especially those who are isolated and marginalized.

MS: One of his last changes happened two months ago when he changed Catholic church law to officially allow laywomen to perform tasks during mass. In your perspective, this was something inevitable?

AT: Women have selflessly served the Church since its earliest days. I write this during Holy Week, when the Gospel readings tell us that women stayed with Jesus during the crucifixion when most of the Apostles hid in fear. Both men and women have special qualities that help them serve God. Lay women and girls in the Archdiocese of Toronto have provided faithful service during the Mass as altar servers, extraordinary ministers of Holy Communion and lectors (among many other roles).

MS: The pandemic has been a challenge to everyone, including for the Catholic Church. The masses were moved to online, and some specialists are saying that this change can be permanent. What can be the consequences of this?

AT: Virtual Masses are the best option available for many during this terrible time when we are unable to do many of the things that make us whole people. We are truly in the valley of tears. Even before this pandemic and the invention of the internet, some people still could not attend Mass because of health conditions and had to watch it on TV, so in some ways this situation is not as new as it seems.

However, we know that there is no substitute for physically attending Mass and receiving the Blessed Sacrament. That’s what makes us Catholics and I hope this terrible year when we have been separated from the Body of Christ will make us yearn for Holy Communion even more. I believe Catholics will physically return to Mass, when they are able, with a new enthusiasm for the Church.

MS: A church in Ontario from a different religion decided to file a lawsuit against the province and argued that the Reopening Ontario Act wasn’t constitutional. Do all the catholic churches in Toronto agree that the government had to close churches to avoid the spread of the virus?

AT: I have been meeting regularly with politicians, chief medical officers and other government officials throughout this pandemic. From my conversations with them, I know they are good people who are doing their best at what is an incredibly difficult job. In one sense, we know that limiting our contact with those outside our home is currently the best way to limit the spread of COVID-19. However, this prolonged period of isolation has caused a spiritual sickness in many, which we are seeing manifest in sadness, loneliness, anger, violence and substance abuse.

We fervently believe that places of worship offer an essential service, especially in difficult times, because faith communities help people at their lowest moments. In March, I asked the faithful to respectfully contact their MPP to say that places of worship should not be limited to 10 people inside the building a time in lockdown regions, as they were at that time. I was so happy that more than 12,000 people answered this call within days of the request. The provincial government agreed that places of worship in Grey Zones should be allowed to re-open at 15 per cent capacity and now thousands of people in Toronto and Peel Region are safely coming together, a special blessing during these holy days. We must continue our ongoing dialogue with our elected officials, always approaching this dialogue with clarity and charity.

MS:  What is your Easter message to the Catholics who live in Toronto?

AT: As we approach our second Easter of COVID-19, we would do well to remember the miracle of this most holy season: that God so loved the world that he gave his only begotten Son, so that everyone believes in Him will not perish but have eternal life.

In these troubling times, some of us may be tempted to lose hope, but we must remember that God is always with us. Especially in this holy season we recognize that Jesus is Emanuel, which literally means “God with us.” Jesus knows our pain because he was made flesh and suffered greatly for our salvation. We must remember this great gift. And we must remember that we are called to love our neighbours, many of whom are suffering greatly during this pandemic. We pray that these difficult times will be behind us soon, but for now, we can be God’s love in the world for others. 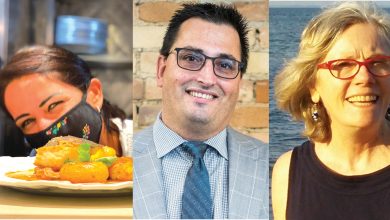 “Childcare is no longer a luxury, it’s a necessity.” 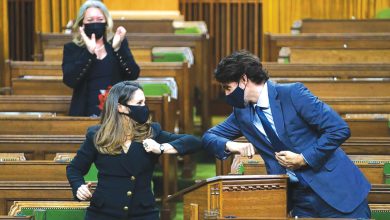 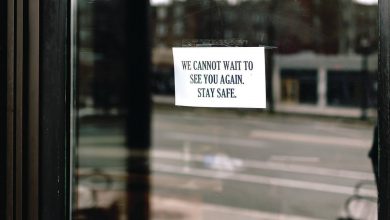