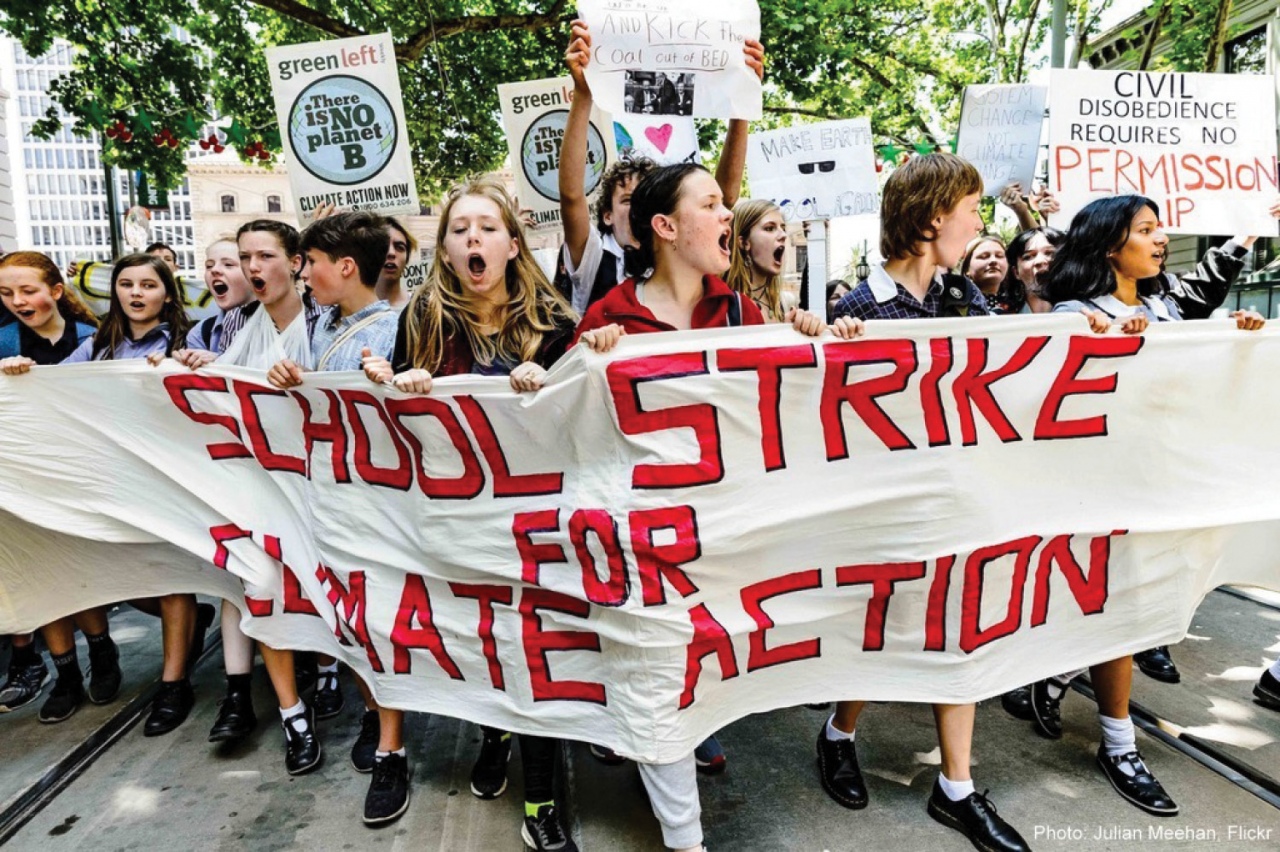 Madalena Balça: Can you tell us what is Friday’s for Future?

Isabela Conceição Rittinger: Sure! Fridays for Future is an international movement in which students across the world abstain from classes on Fridays to protest their governments’ lack of action on the climate crisis. The movement began in August of 2018, when climate activist Greta Thunberg sat in front of the Swedish parliament every school-day for three weeks, and then decided to continue striking every Friday for climate action. Her striking began to gain notoriety online, and students began planning their own strikes to support Greta. Since then, the movement has erupted, with chapters in communities all around the world.

MB: What do you think will be possible to achieve with this movement?

ICR: We’ve already seen how powerful the movement is. 4 million people around the world expressed their solidarity with Greta and Friday’s for Future since September 20th, the beginning of the week for climate justice, and most Canadian strikes aren’t happening until this Friday, the 27th! I think that eventually politicians and world leaders will be unable to escape the movement and will be forced to act, whether that mean change their election platforms to reflect sustainability or introduce policies that reward companies for being more environmentally friendly. We know, however, that this is not enough. We need major change in all levels of government, and we’re running out of time for this change to be made.

MB: Greta Thunberg’s speech at the UN – mixed with emotion and revolt – featured prominently in the news around the world. In social media too. But, in addition to compliments, there were those who underlined their psychological disturbance. What assessment does Isabela make of the tone and content of Greta’s UN speech?

ICR: Personally, I really appreciated Greta’s speech. I understand it was very powerful, and some of her statements may have come across as abrasive to those they were directed to. However, the state of the world is such that we needed a strong voice to be completely honest about the situation. I personally felt a sense of relief, especially when she said, “you have stolen my dreams and my childhood with your empty words”, as this is completely accurate and something that every young climate striker faces—there is a limited amount of time for world leaders to act before the effects are completely irreversible, and if they don’t act in time, it will be my generation who has to suffer the consequences.

MB: Does Canada still have much to do in the environment issue? What’s most important to you – what work is left to do?

ICR: Canada is uniquely affecting and affected by the climate crisis. While we have unmatched amounts of natural land, we are warming twice as fast as the rest of the world. This means we have a responsibility to be making exceptionally sustainable choices—which we are not. The pipeline, for example, is taking us a step in the wrong direction, because fossil fuel extraction and transportation cause irrevocable environmental impacts. We have a long way to go to get to the level of sustainability we should already be at. To answer the next question, personally, I believe the most important aspect of climate justice is ensuring the solutions provided value equity: climate change is a race issue, a gender issue, a socio-economic issue. The UN released a figure stating that 80% of people displaced by climate change are women. According to BBC, African-American women were among the worst affected by flooding after Hurricane Katrina. I believe that as we create solutions to the climate crisis, we must be hyperaware of how some people will be hit harder than others, and tailor our solutions to that.

MB: For Future movement in Toronto. What actions are planned for the coming times?

ICR: This Friday, September 27th, there will be a massive strike at Queen’s Park in Toronto at 11am. This time, the attendees won’t be just students, but parents, grandparents, teachers, and union workers alike. This will be the largest mobilization of climate strikers yet, so I hope to see you all there! After the strike is over, there will still be more work to do. We will be hosting more strikes on upcoming Friday’s from Noon-2pm at Toronto City Hall—you can check out our Facebook event page for more details.

MB: Do you think we are still in time to correct all the mistakes of the past and really save planet Earth?

ICR: According to the UN, we have 11 years to make drastic changes in order to ensure the globe doesn’t warm past 1.5C. If it does, the risks of drought, extreme heat, and natural disasters will significantly worsen, leading to the dismantling of the food industry and widespread poverty. I honestly don’t know if I can trust the current global leaders to make the changes necessary to fix my future. I hope I’m wrong in doubting them—I hope that they realize the severity of the situation and realize what they need to do in the next decade.