With Canada Day fast approaching, there are many achievements of which we can take stock and celebrate.  The coronavirus pandemic has had a major impact on our lives and is impacting celebrations for this year. This year’s celebrations will be more low key and reserved with no large gatherings taking place to celebrate Canada’s achievements.

Over 153 years ago a group of enlightened people gathered in Charlottetown Prince Edward Island and developed a plan to establish a new nation.  A nation not born out of revolution, but rather an evolution that has led to what is today our country. As Confederation took place in 1867 our country’s name, Canada, was adopted as the new nation’s official name and the term dominion was conferred as the country’s official status within the British system.  This remained in place until the 1950s until the government of Prime Minister Louis St. Laurent ended the practice of using dominion in the statutes of Canada.

Now the reason I use the term evolution is because it was not until 1931 with the Statute of Westminster that this country was granted full autonomy.  One of the reasons our prime ministers have the title Right Honourable stems from the fact that they served in the Imperial Cabinet of Great Britain and in the UK tradition all ministers have the title of Right Honourable and are members of the King/Queen Privy Council.

In addition, up until 1947, Canadians were British subjects, and Canada shared a common nationality with the United Kingdom; thus, Canadian passports were issued to those British subjects’ resident in or connected to Canada. In 1947, the Canadian Citizenship Act was granted Royal Assent and the designation of Canadian citizenship was created and beginning in July the following year, Canadian passports were issued to Canadian citizens only.

In 1982, the Constitution Act, ended all formal legislative ties to Britain, as well as adding a constitutional amending formula and the Canadian Charter of Rights and Freedoms  The passage of the Canada Act, by the government of Prime Minister Pierre Elliot Trudeau brought the Constitution of Canada fully under Canadian control, along with the Charter of Rights and Freedom and changed the national holiday from Dominion Day to Canada Day.

As a former Member of Parliament, it was a great honour to serve in our country’s highest political institution, the Parliament of Canada.  Canada is a parliamentary democracy and a constitutional monarchy in the Westminster tradition. Canada ranks among the highest in international measurements of government transparency, civil liberties, quality of life, economic freedom, and education. It is one of the world’s most ethnically diverse and multicultural nations.

Canada is part of several major international and intergovernmental institutions or groupings including the United Nations, NATO, the G7, the Group of Ten, the G20, the British Commonwealth and the Francophonie.

Canada is recognized as a middle power for its role in international affairs and played a major peacekeeping role during the 20th century. Canada is a founding member of the United Nations and has membership in the World Trade Organization and in 1990 joined the Organization of American States (OAS). During the Suez Crisis of 1956, future Prime Minister Lester B. Pearson eased tensions by proposing the inception of the United Nations Peacekeeping Force, for which he was awarded the 1957 Nobel Peace Prize. Notwithstanding Canada’s immense contribution to the United Nations, this month Canada for the second time in a row lost the chance at a seat on the powerful UN Security Council.

This year is challenging given the COVID-19 pandemic which is transforming the way we do things and also affects our mobility rights.  Although I am not an economist, the heavy financial burden that is being carried now by most governments at every level will have severe consequences for generations to come and may lead to a shift in many of our social policies which we hold dear and are a hallmark of Canadian citizenship.  Policymakers need to work together and coordinate better ways to respond to the financial impacts in the aftermath of this pandemic.

Notwithstanding, the current pandemic, Canada Day gives us a great opportunity to reflect on how blessed we are to live in a free and democratic country. Happy Canada Day everyone and take pride in all of Canada’s achievements. 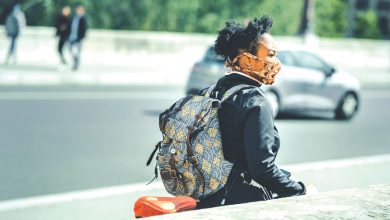 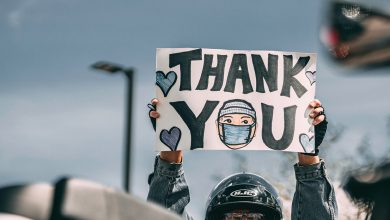