The next president of the United States may just be decided by the Supreme Court and that makes a possible Trump/Biden victory doable with a slight Republican majority on the court. Regardless of who wins Trump or Biden, the American system is moving towards a one-party state. At the time of writing this article here is what we know so far….

Democrat Joe Biden has won Arizona and its 11 electoral votes, flipping a critical battleground state that Donald Trump won four years ago. The victory is a blow to Trump’s chance for re-election, with that state backing Democratic presidential candidate only once in the past 72 years. Neither candidate has the 270 electoral college votes needed to win the presidency, with Trump claiming the battlegrounds of Florida, Ohio and Iowa, while Biden won the more modest prizes of Minnesota and New Hampshire.

Races are too early to call in some other critical states, including North Carolina, Georgia, Pennsylvania and Wisconsin. Biden has taken a slim lead in the Wisconsin race, a state which voted for Trump in 2016.

Joe Biden who is 77 years old, is now eyeing the so-called blue wall states of Michigan, Wisconsin and Pennsylvania that sent Trump who is 74 years old to the White House in 2016.

Trump held early leads in those three states, but much of that was built on election day voting, which is a heavy source of Republican votes. The counting of mail-in ballots, which generally break in favour of the Democrats, is expected to take days to finalize the results. In Wisconsin and Pennsylvania and much of Michigan, mail-in ballots did not start to be processed until election day. A late surge of votes for Biden in Wisconsin has given him the lead late in the race.

The Democratic candidate held a lead of fewer than 12,000 votes with 95 per cent counted. Wisconsin is worth 10 votes in the electoral college, in Michigan and Pennsylvania Trump is leading. The President has a lead of almost 205,000 ballots in Michigan- worth 16 electoral college votes. Around 82 per cent of the ballots have been counted. Trump also leads Biden by more than 650,000 in Pennsylvania.

Read: • State of the Union…. Do You Trust Your Politicians?

However, only 64 per cent of the vote has been counted and many votes are expected to still be out there for Biden. Pennsylvania is worth 20 votes in the electoral college, all three states are too close to call.

The mail-in ballots may also have a huge impact on the outcome of this race, even without Pennsylvania, Biden victories in Arizona, Michigan and Wisconsin, along with his projected win in a congressional district in Nebraska which apportions electoral votes by district, would put him in the White House , as long as he holds the states that Trump lost in 2016.

Joe Biden on election night said that he feels good where his support is and said, “we believe we’re on track to win this election.” Just after Biden spoke Trump stated without evidence that Democrats were trying to steal the election. In his White House address, Trump falsely proclaimed victory in states without any clear results, including Georgia, and flagged a possible Supreme Court challenge.

Mr. Trump is already starting the narrative that he has won the election and any further disputes will be taken up with the courts. Trump said we will be going to the US Supreme Court. He also wants all voting to stop. What Trump doesn’t want is for thousands of ballots showing up over night with Biden votes and being put on the list. The Biden campaign has said that it has its legal teams standing by if Trump followed through with his threat to go to court to try to stop the counting of votes.

One other possibility with this election is that there could be a tie with each candidate getting 269 electoral colleges each….

So, what happens then?

The Constitution is pretty clear on how this plays out. If there is no winner in the Electoral College, then the decision goes to the House of Representatives while the Senate picks the Vice President. But the voting in the House is different from the Senate. In the vote for the Vice President, each Senator has one vote. But in the House each state has only one vote for President – regardless of its size-and a presidential candidate needs 26 states to win.

If the presidential race should end up in the House, the outcome would depend on which party controls the state’s delegation. As it stands Republicans are in the majority, with control of 26 state delegations.

Trump Wins under this scenario.

Let’s take a minute and look at the House of Representatives and the Senate and why these two bodies are so important.

Democrats have spent millions of dollars trying to win back the Senate majority and it appears to be slipping out of reach as they had not netted any new seats. At this time, it looks like the Republicans will hold onto the Senate which gives them some sort of balance regardless of who becomes the presidency. The two key Senators that seemed who may have been on their way out, Senators Lindsey Graham and Senator Mitch McConnell were both re-elected.

The Democrats have picked up one new seat, but their net gain remained small as the House with Nancy Pelosi stays with the Democrats, but not after spending millions to try and increase their count in the House. Looks like the radical left will start the new process of moving Pelosi out and putting a Bernie Sanders style left leaning person to run the next House of Representatives.

Regardless of who wins the presidency, with the Senate staying Republican and the House Democrat, the next president regardless of whether its Trump or Biden is going to have a difficult four years ahead of him.

Thank God we live in Canada.

Is Our Country Failing Us… Probably? 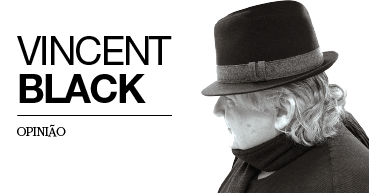 How safe are Vaccines? 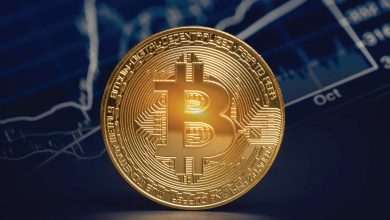