Once Andrew Scheer lost out to Trudeau you knew that his days were numbered, but the knives came out so quickly that he couldn’t even enjoy a holiday season. 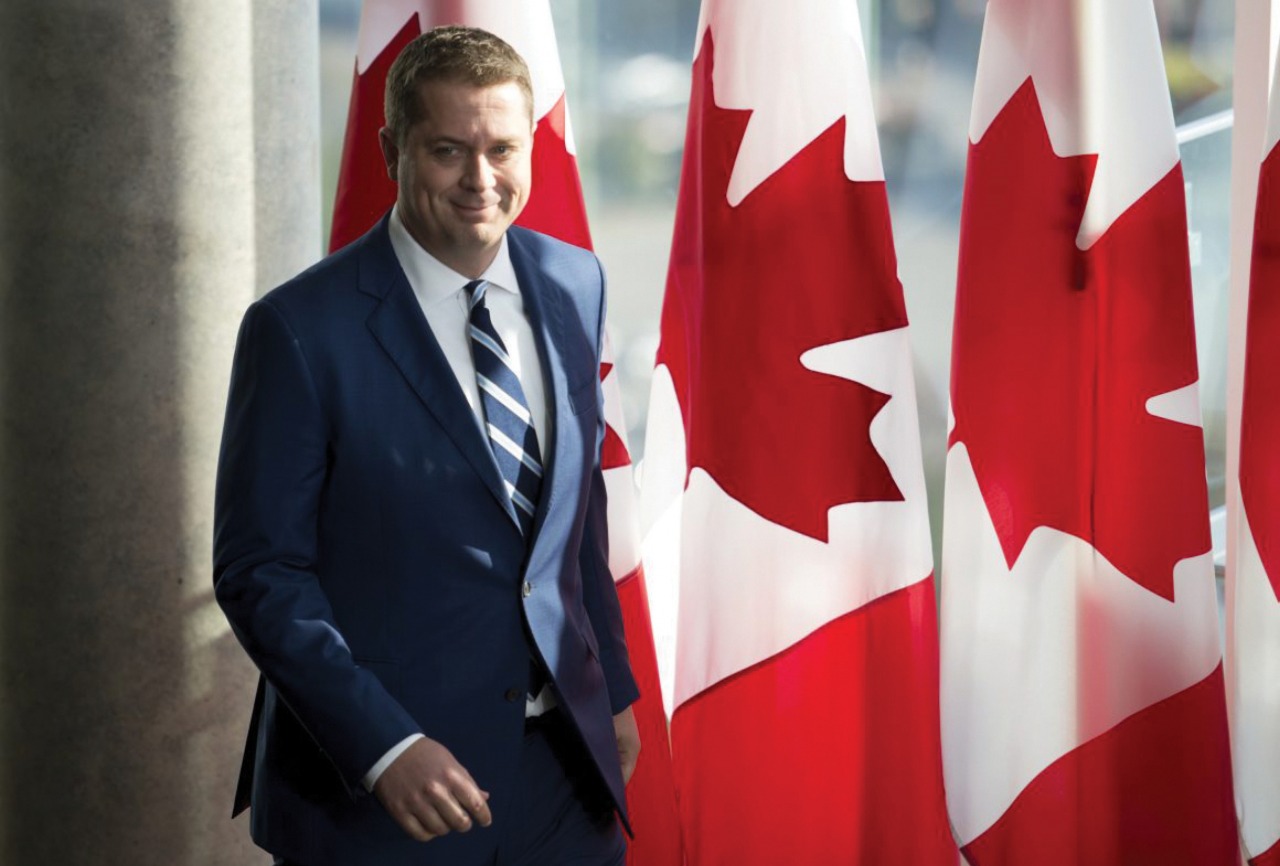 After weeks of mounting criticism of his election performance, Andrew Scheer announced that he was stepping down as Conservative Party leader, and you could see the knife still in his back.

For weeks since the October election, Scheer has been hammered by progressives in the party who say his unclear positions on social issues like abortion and his refusal to fully stand up for LGBTQ, contributed heavily to the party’s defeat in October.

Scheer has faced pressure from within his party to step down since the election. The Conservatives failed to win government, even as Prime Minister Justin Trudeau was carrying the baggage of the SNC-Lavalin scandal and revelations, he wore blackface multiple times.

Tories have shown an ability to be quick about choosing a leader. In 2018, Ontario leader Patrick Brown resigned in the midst of allegations of sexual impropriety. 45 days later, Doug Ford was elected as the new Ontario Conservative leader, and three months after that he was elected premier.

Supporters have pointed out that Scheer led the party through the election campaign to an increased seat count and a boost in popular support and managed to hold the governing Liberals to a minority, but detractors said his campaign failed to capitalize on a series of Liberal scandals and missteps. Mr. Scheer said he would stay on in his role until the party chooses a new leader.

But why did he really resign???

He said the strain of an election had taken a toll on his family, and that he has served in the House of Commons from the age of 25.  Mr. Scheer’s resignation came amid revelations reported by the media, that the Conservative Party had helped cover the cost of private school for the Conservative leader’s children.

Andrew Scheer’s dual citizenship was also a sour note when it came to his re-election bid.

The media reported that Scheer’s father is an American by birth and passed along the citizenship to Scheer and his siblings. Mr. Scheer did start a process of renouncing his citizenship in August, before the federal election campaign started, and the paperwork is being processes by the U.S. government. Due to the fact that he was trying to hide this dual citizenship was a small issue in my opinion, but one that had an impact.

This past federal election, Andrew Scheer led the Conservatives to a 22-seat bump in the House of Commons and edged out the Liberals in the popular vote. Just days before the election, some polls projected the Conservatives would win the most seats.  But Scheer remained dogged by questions about his position on issues such as abortion rights and same-sex marriage, which are popular in Canada.

These are the media reported issues on why Andrew Scheer was forced to step aside, the real architect behind this coup in my opinion is the Ford machine once again.

Yes… you heard right. Doug Ford wants out of provincial politics and has positioned many of his backroom contacts out there. He will be running and whether he wins or loses, it’s a gracious way out of politics on some kind of a high for Doug Ford and his legacy.

If there was a provincial election held tomorrow, the present Conservative government and Doug Ford would go down to defeat. This move for Mr. Ford is an easy way out.

Rona Ambrose would be my choice to take over from Scheer.

Ms. Ambrose, who was interim leader of the Conservatives after Stephen Harper stepped down in 2015, has received good support from other prominent conservatives the likes of Wall and Higgs to name a few.

Keep an eye out for Doug Ford…