The federal election is on October 21 and before Monday’s leaders debate l was kind of confused about where most parties stood… l have to say that after listening to the entire debate the other night l sat there even more confused on who to vote for. 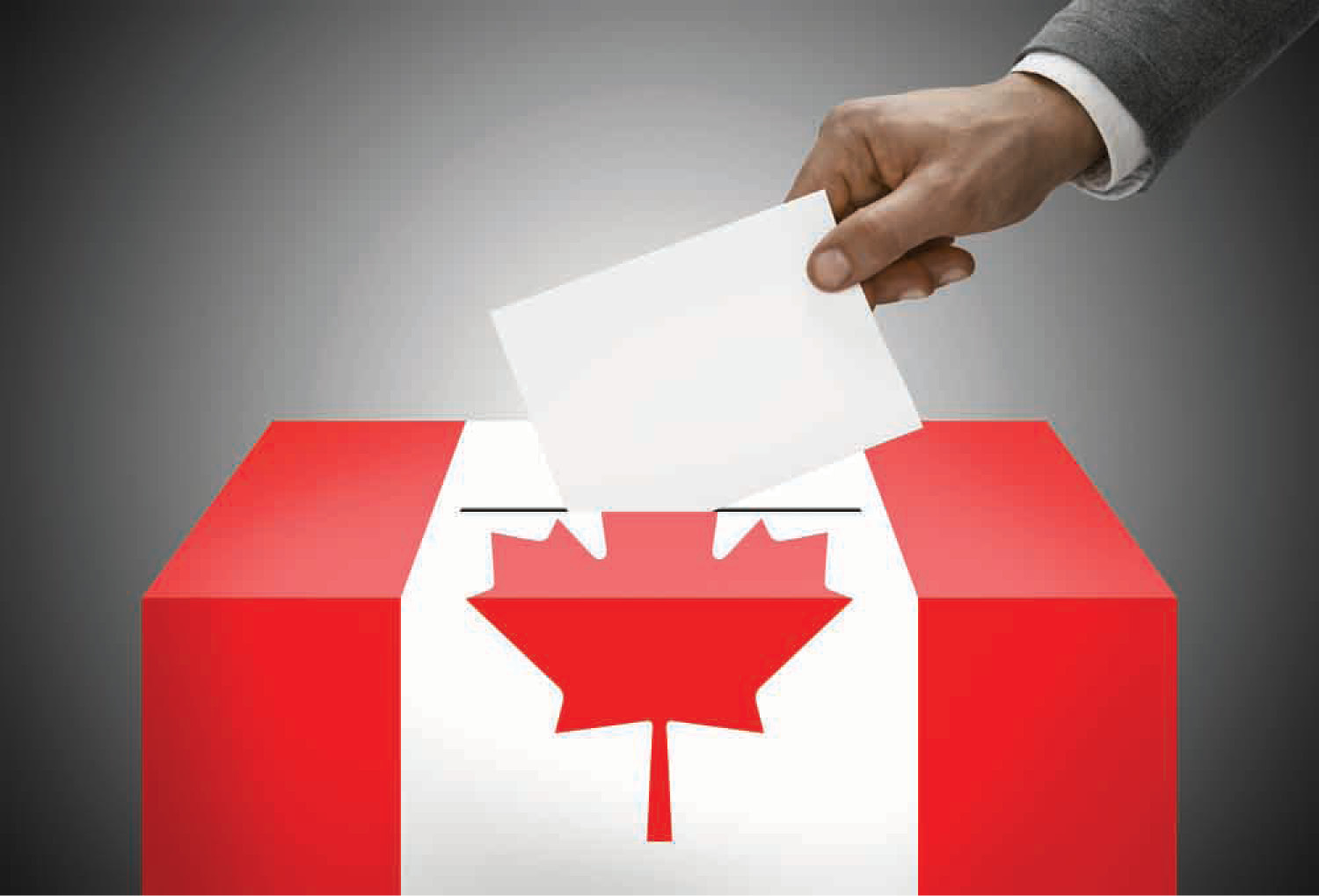 Do you know who you are voting for?

My prediction of a Liberal minority government is still what l am predicting, but Andrew Scheer made it interesting. Among Liberal Leader Justin Trudeau, Conservative Leader Andrew Scheer, NDP Leader Jagmeet Singh, Green Party Leader Elizabeth May, Bloc Quebecois Leader Yves-Francois Blanchet and People’s Party Leader Maxime Bernier, l thought that Andrew Scheer almost had a game changer. Andrew Scheer was the candidate that l felt advanced his cause and clearly set out his platform better than the rest. However, Mr. Singh had a respectful night and may have swung some NDP hopes back to him that might have gone to the liberals. This significant change to the NDP could help the conservatives.

I will try to give you some idea where the leaders stand on most issues of the day that pertain to us as Canadians and how their policies will affect you and your family.

The Liberals set a minimum carbon price of $20 per tonne this year, increasing $10 a year to $50 by 2020, and impose a carbon tax on businesses and individuals in provinces with no federally approved carbon price plan. The tax has faced unsuccessful court challenges from several provinces.

Conservatives have called the Liberals carbon tax ineffective and have vowed to repeal it. The Conservatives would leave it to the provinces to decide if they want to put a price on carbon.

New Democrats are in favour of continuing with a carbon tax and rebate program.

Mr. Singh wants to crack down on heavy emitters.

Leader Elizabeth May supports the carbon tax, indicating that putting a price on carbon has been one of the corner stones of Green Party climate policy for many years.

Liberals would increase the Canada Child Benefit by 15 per cent for families with kids under one. The Liberals want to make parental benefits tax-free and pledge up to 250,000 new childcare spaces for before and after school.

The Conservatives have pledged to maintain Liberal initiatives, it would continue with the Canada Child Benefit and increase social transfer payments by at least three per cent every year. Mr. Scheer also made a new promise to make Employment Insurance benefits for ne parents tax-free.

New Democrats would commit $1 billion to affordable, not-for-profit childcare in 2020 and increase that amount yearly. The NDP plan to create 500,000 new child-care spaces over four years. The party wants to implement a national school nutrition program.

Elizabeth May wants a universal child-care program, with an emphasis on creating child-care spaces in workplaces. It also plans to create a children’s commissioner, and advocacy role to ensure children are considered in government policy.

The Trudeau government plans to phase out coal power by 2030 to help exceed the Paris agreement’s carbon emission reduction targets. They pledge net-zero emissions by 2050.

The Liberals want to end fossil fuel subsidies and protect a quarter of Canada’s natural land and ocean habitats by 2025.

Andrew Scheer says he is committed to meeting the Paris agreement target but would axe the carbon tax. The Conservatives propose replacing a policy taxing heavy emitter with requirements they invest in clean technology or research.

The NDP would spend $15 billion retrofitting buildings and create a climate bank to invest in renewable energy and clean technology. It wants to introduce a single-use plastics ban by 2022 and to boost the support fund for communities hit by natural disasters.

The Greens aim to reduce emissions to 60 per cent below 2005 levels by 2030 doubling Canada’s current Paris agreement targets and hit net-zero emissions by 2050. The Greens would also ban fracking, end imports of foreign oil and oppose fossil fuel projects.

The Liberals have pledged to keep the deficit under $10 billion and have said that the Liberals would balance the books by 2019. They have not done that…

Andrew Scheer has promised his party would erase the deficit while cutting taxes. He hasn’t announced how he’ll do that just yet but would slash foreign aid by 25 per cent and cancel at least $1.5 billion in corporate handouts and subsidies.

The NDP party plan to balance the budget but has given no target dates or strategy just yet.

Looking forward to that proposal…

Leader Elizabeth May has committed to balancing the budget in five years. They would increase the corporate tax rate to 21 per cent, raising $2 billion from wealth tax, imposing a new tax on sugary drinks, and imposing a financial transactions tax of 0.5 per cent.

Under Trudeau immigration has increased, over 400,000 immigrants came in 2018, the largest number since the First World War. The Liberals hope to increase those numbers if elected again and are promising to have an open policy.

Andrew Scheer and the conservatives have not said how their immigration policy would roll out. He has stressed the importance of economic immigration and prioritizing those facing true persecution. Conservatives want to crack down on illegal border crossings.

The NDP are very loose on their immigration policy and how many immigrants they would support coming into the country. The party has stressed the need to tackle applicant backlogs and prioritize family reunification.

Ms. May would like to increase immigration to places that can’t fill job vacancies, but don’t cite targets for the number they would accept. They also would like to support climate refugees.

Liberals have introduced Bill C-71, expanding firearm background checks. They have rolled out more gun policy during the campaign, promising to ban semi-automatic assault-style rifles and buy back any that were illegally purchased.

The Conservatives are strongly against a handgun ban, arguing it punishes lawful gun owners. Mr. Scheer has proposed lifetime bans for those convicted of violent crimes or gang activity, and for those who buy firearms in bulk and resell them on the black market.

The NDP have endorsed a national handgun ban but has called for cities to be given the power to ban handguns. It also wants to crack down on illegal guns and combat smuggling.

The NDP have pledged $100 million over five years for after-school, sport and drop-in centre programs, to prevent youth from getting into violence.

The Greens are in favour of both a handgun and an assault rifle ban. The Greens would run a confidential buy-back program.

The Liberals have the weakest health policy, but they have promised to take steps towards a national pharma care program. The Liberals have signed a health-care funding agreement with the provinces and territories, promising a three per cent annual health transfer increase with more funding for mental health, addictions and home care programs.

The Conservatives have pledged to increase health transfer payments by at least three per cent annually and uphold other parts of the health accord. They’ve dismissed pharmacare, instead focusing on those not covered provincially or at work. They have promised $1.5 billion to buy more MRI and CT machines.

The NDP want to expand the current model to include mental health, dental, eye and hearing coverage. They also propose a pharmacare for all plan, covering Health Canada approved drugs, by late 2020.

The Greens promise to boost funding to train doctors and nurses and expand midwifery programs. They want to extend health care coverage to include universal pharmacare plus dental care for low-income Canadians.

Here is brief snapshot of where all the major leaders stand on some issues that should be considered before you vote on Monday October 21. The debate hardly had an impact on swaying voters, mainly because the format of the debate was very complicated and did not flow. There was a lot of shouting and no impact lines like the Mulroney/Turner debates that gave Mulroney the knockout punch to win that campaign.

So far, this campaign reminds me of an old Seinfeld line that “it’s a show about nothing”

This campaign so far seems to be an election about nothing.