A resolution on the need to investigate the global response to the coronavirus pandemic won endorsement at the World Health Organization’s annual ministerial meeting on Tuesday, after Donald Trump again threatened to halt U.S. funding for the agency.

None of the WHO’s 194 member states — which include the United States — raised objections to the resolution brought by the European Union on behalf of more than 100 countries, including Australia, China and Japan.

“Is the [World] Health Assembly prepared to adopt the draft resolution as proposed? As I see no requests for the floor, I take it that there is no objection and the resolution is therefore adopted,” said Keva Bain, the Bahamas ambassador who serves as the assembly’s president. Applause erupted from officials hosting the annual gathering.

Tedros Adhanom Ghebreyesus, the WHO’s director-general, thanked “the many member states who have expressed their support and solidarity” at the two-day annual ministerial assembly.

He welcomed the EU resolution, which calls for an independent evaluation of the international response, “including, but not limited to, WHO’s performance.” “We want accountability more than anyone,” Tedros said. “We will continue providing strategic leadership to co-ordinate the global response” to the pandemic.

He made no reference to a threat by U.S. President Donald Trump, which was contained in Trump’s letter to Tedros that the president tweeted overnight. In the letter, Trump threatens to reconsider America’s membership in the international body, as well as to permanently halt funding for the WHO if it did not commit to improvements within 30 days.

Trump suspended U.S. contributions to the WHO last month, accusing it of promoting China’s “disinformation” about the coronavirus outbreak, although WHO officials denied the accusation and China said it was transparent and open. Click here to read the letter.

“If the WHO does not commit to major substantive improvements within the next 30 days, I will make my temporary freeze of United States funding to the WHO permanent and reconsider our membership,” said Trump.

Earlier, Trump said the WHO had “done a very sad job” in its handling of the virus and he would make a decision soon on U.S. funding. In his letter, Trump said the only way forward for the body was if it could demonstrate independence from China, adding that his administration had already started reform discussions with Tedros.

Trump claimed in the letter that WHO ignored credible reports of the virus in December, including in the medical journal The Lancet. In a statement, The Lancet said Trump’s letter was “factually incorrect,” stressing it published no report in December referring to any virus in China, and it criticized the president over his threat.

“The allegations levelled against WHO in President Trump’s letter are serious and damaging to efforts to strengthen international co-operation to control this pandemic,” the editors wrote. “It is essential that any review of the global response is based on a factually accurate account of what took place in December and January.”

Cut would affect other disease-fighting efforts

On Monday, the WHO said an independent review of the global virus response would begin as soon as possible and it had received backing from China, in the spotlight as the origin of the pandemic. China also pledged $2 billion US over the next two years to help deal with COVID-19, especially in developing countries.

“It was so striking to see Xi Jinping seizing the opportunity to open up, with broad [co-operation], and make a proposal for $2 billion, and say if ever there is a vaccine, they will share it with everyone,” a European diplomat told Reuters. “It’s exactly what we feared: the space liberated by Washington will be taken up by China.”

Geneva-based WHO, a UN specialized agency, is leading a global initiative to develop safe and effective vaccines, tests and drugs to prevent, diagnose and treat COVID-19. More than 4.75 million people are reported to have been infected globally and 314,414 have died, according to a Reuters tally.

The United States contributed more than $400 million US to the WHO in 2019, or roughly 15 per cent of the organization’s budget. And this year, Washington has already paid the WHO about $58 million, senior Trump administration officials said last month, half of what it is required to pay for 2020 — known as an assessed contribution.

The United States traditionally provides several hundred million dollars annually in voluntary funding tied to specific WHO programs like polio eradication, vaccine-preventable disease, HIV and hepatitis, tuberculosis, and maternal, newborn, child and adolescent health. It was not clear how much voluntary funding the United States had already provided for WHO programs in 2020.

Any decision going forward ultimately depends on not just the president but U.S. Congress, which appropriates funding for WHO. While Washington did not block the consensus adoption of the text of the EU resolution on Tuesday, it rejected language about reproductive health care and intellectual property rights.

In a statement, the U.S. mission to Geneva said it “dissociates” from paragraphs guaranteeing the rights of poor countries to waive intellectual property rules to obtain medicines in an emergency, and guaranteeing reproductive and sexual health care in the pandemic.

“The United States believes in legal protections for the unborn, and rejects any interpretation of international human rights … to require any State Party to provide access to abortion,” it said in an “explanation of position.”

The language on intellectual property, designed to ensure poor countries can have access to medicine, sends “the wrong message to innovators who will be essential to the solutions the whole world needs,” it added. 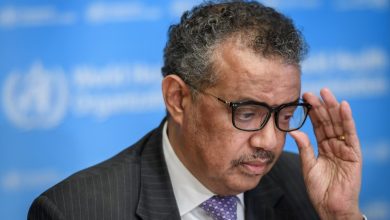 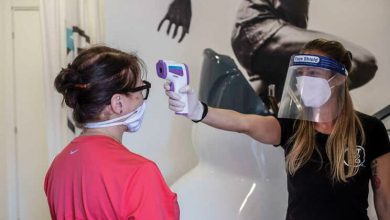 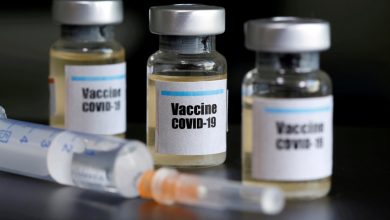 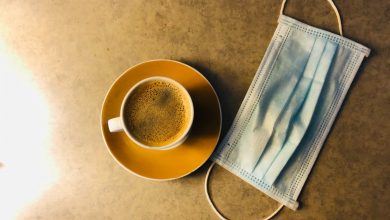