A woman has died of her injuries after being attacked by a man wielding a machete near a home in eastern Toronto, police say.

The shocking attack, witnessed by several people in the Scarborough neighbourhood of Morrish and Ellesmere roads, happened around 6:15 p.m. on Wednesday evening.

“Witnesses observed a male suspect running around, chasing a female victim with a machete,” said Insp. Stacey Davis on Thursday morning, adding when officers arrived, they located the woman who succumbed to her injuries on the scene.

“Obviously it was a machete so there were substantial injuries to the female victim,” Davis said.

‘We could have done something about it’

Local resident Aamir Farooqi ​​​​said he saw a man holding a woman’s shoulders while they were arguing.

“They were arguing about something — I thought it was like a regular thing what goes on so I didn’t pay much attention,” Farooqi said. “If I knew that this was going to happen, we could have done something about it, but you never know.”

Blanche Barretto said she and her husband only saw the aftermath of the incident, which included seeing the body of the woman lying on the ground.

“It was sad. We were so disturbed all night we haven’t slept,” she said.

On Thursday morning, a fire crew could be seen hosing down the part of the street where the attack happened.

Davis told reporters the male suspect involved in the attack drove to the nearby 42 Division police station and turned himself in after the attack. He and the victim had a “previous domestic relationship,” Davis said.

Investigators say both the suspect and victim, whose identity has not been released at this time, are in their 30s. 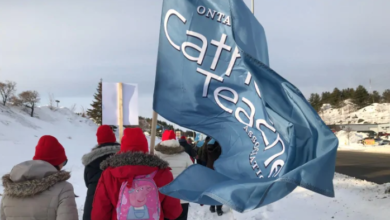 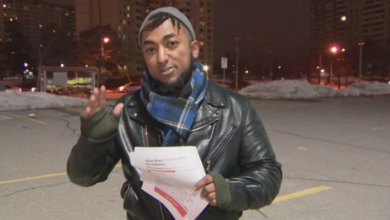 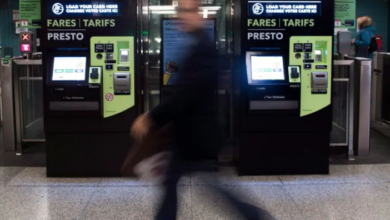