Canada’s largest municipal police services board has unanimously passed 81 so-called “sweeping” recommendations aimed at police reform that critics say fail to address mounting calls to defund police or make the force accountable to Black and other communities of colour.

The recommendations by the Toronto Police Services Board span a broad range of issues including the expansion of mobile crisis teams, implementing a plan to equip officers with body-worn cameras, creating non-police alternatives for community safety, providing the city’s auditor general increased access to Toronto police force’s $1.2 billion budget as well as increasing training on anti-Black racism.

In announcing the recommendations last week, Mayor John Tory said the recommendations are “the most sweeping series of proposed changes to policing,” calling them “a recognition of the fact that we know we must do more because systemic racism in policing threatens the equal rights and opportunity and justice and wellbeing of Indigenous, Black and marginalized communities in our city.”

But the reforms, proposed amid a groundswell of anger over anti-Black racism in policing across North America, fall far short of what an increasing number of advocates have been calling for, says activist Desmond Cole.

“They are completely out of step with the public conversation around defunding and abolishing that’s been going on for months,” Cole told CBC News on Tuesday.

The report acknowledges growing calls to defund the police but says it “cannot impose any arbitrary cut in the police budget, or a cut that compromises the Service’s ability to deliver the host of policing services required by law.”

For Cole and many others, the report also fails to address anti-Black racism in a meaningful way. He says yearly sensitivity training sessions will not correct years of abuse or fix stereotypes police hold toward people of colour, calling instead for the demilitarization of police.

The vote comes just days after a report by the Ontario Human Rights Commission showing Black people are much more likely to be arrested, shot or killed by police, making up some 32 per cent of those charged in Toronto, while only representing 8.8 per cent of the population.

OHRC Chief Commissioner Ena Chadha made a scathing deputation at Tuesday’s meeting, calling the board’s plan “flawed” and asking why the commission hadn’t been asked to review the recommendations, made public just one day after the commission’s report, A Disparate Impact.

In a statement issued Tuesday, the OHRC said it is “concerned that the Police Reform Report and its recommendations will amount to mere lip service – another report on the shelf that fails to result in substantive change.”

“As it stands, the OHRC cannot support this report and its recommendations, due to both procedural and substantive deficiencies,” it said. “The OHRC and racialized communities have seen how past recommendations and policies of the TPSB can appear transformative on paper, and yet fail to yield meaningful, tangible results.”

Toronto police to get 2,350 body-worn cameras

As part of the measures adopted, the board approved the purchase of 2,350 body cameras to equip the city’s officers.

The addition of body cameras was proposed by city council at the end of June, in a series of changes to policing amid ongoing protests denouncing systemic racism.

At Tuesday’s meeting, the cameras’ manufacturer said it received an order from Toronto police in the third quarter of 2020 and will ship it in multiple phases beginning this month. The deal also includes 3,000 licences for data management, situational awareness and sharing tools.

Body cameras underwent a six-year vendor review process by the Toronto Police Service before an agreement with Axon was reached, the board heard.

Axon says the cameras’ real-time streaming will allow police to quickly deploy the resources necessary to help de-escalate a situation, including mental-health professionals or translators.

John Sewell, a former Toronto mayor and current coordinator of the Toronto Police Accountability Coalition, called the recommendation for the $35 million for body-worn cameras “a very bad investment.”

Other deputants pointed to studies showing body-cams are not in fact effective, saying investing in such costly technology with an unproven record of success flies in the face of calls to cut funds to policing.

‘Board must be a catalyst for reform,’ says chair

Despite the recommendations calling for the expansion of the force’s mobile crisis response program and the development of a new crisis response model with community services at the forefront, Sewell pointed out the report still doesn’t recommend that mobile crisis units be first responders in cases where people are in distress.

In Toronto, mobile mental health teams consist of a registered nurse and police officer, but are mandated only to provide secondary responses. Currently, police officers alone remain the first responders, specifically in calls involving a weapon.

That was the case in the death of Regis Korchinski-Paquet, a 29-year old Black woman who fell to her death in Toronto after police were called to her home for reports of an assault involving a knife.

In the days afterward, police chief Mark Saunders said: “There’s no way I would send a nurse into a knife fight.”

Advocates have pointed out that even in cases where people in crisis might have a weapon, trained mental health professionals handle such situations regularly and are trained in de-escalation — something they point out police are not primarily trained to do.

Among those speaking applauding the report was former board chair Norm Gardner, who was in the role from 1998-2003, who dismissed much of the criticism by members of the public at Tuesday’s meeting as “not reasonable.”

Asked about his thoughts on what needs to change, Gardner told the board, “Change has to be gradual.”

In the report, board chair Jim Hart acknowledged, “the Board must be a catalyst for reform that addresses systemic racism in the areas of community safety and policing.”

“We acknowledge that the status quo is not adequate. We recognize that much work remains to be done and that it must be done in partnership with others, including our city’s diverse communities. This report is a beginning.”

Ahead of the board’s vote, Toronto police posted an enhanced line-by-line breakdown of its 2020 budget on its website, along with a budget summary for the last five years. 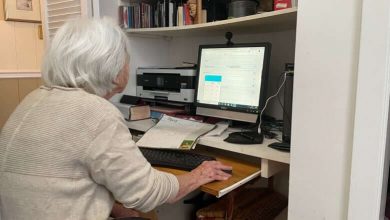 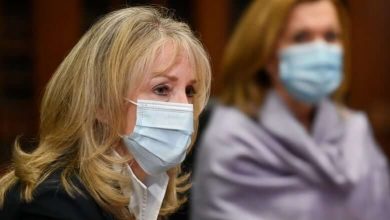