Canada’s biggest province will protect some of its small businesses from being evicted because of COVID-19.

For June until the end of August, Ontario will ban the eviction of any small business that qualifies for the Canada Emergency Commercial Rent Assistance program.

The move was announced Monday by Ontario Premier Doug Ford as part of Phase 2 in reopening the province’s economy.

“Our small businesses are struggling right now,” Ford said. “I was clear with commercial landlords — you have to be fair.”

Ontario’s decision follows similar recent announcements by B.C., Alberta, Saskatchewan and Quebec. New Brunswick and Nova Scotia started their emergency lockdowns with eviction freezes of their own in March.

The bans are being ordered to spur more landlords to use CECRA, which provides forgivable loans to commercial property owners to cover 50 per cent of rent payments for April, May and June for small business tenants experiencing financial hardship because of COVID-19.

The program went into effect May 25, but in its first week of operation received applications for just 16,000 tenants. To put that in context, Canada has 1.2 million small and medium-sized businesses.

Small-business owners and advocates are expressing both relief and frustration over the bans while landlords are concerned about their leases being compromised.

“It levels the playing field,” Shell said. “There had to be a mechanism to force landlords to take CECRA seriously.”

While Ford said that “I’ll always protect the little guy,” his action came after two months of advocacy by Shell’s group, the Canadian Federation of Independent Business, Restaurants Canada, the Retail Council of Canada and even Toronto Mayor John Tory.

Impact of eviction bans for tenants and landlords

Courtney Anderson, one of the “little guys” Ford wants to help, said he has put everything he has into Lucky’s Corner 2, a Caribbean restaurant in Ajax, Ont., east of Toronto.

His 30-seat restaurant is struggling badly after being closed, with takeout sales a fraction of what the place generated while open.

While his landlord has applied for CECRA, Anderson had to borrow money from family to cover his 25 per cent of rent for April, May and June.

When it comes to rent for July and August, Anderson is up front: “I don’t know if I’m gonna make it. I’m trying.”

The ban on evictions over the summer may give him time for his nearly 18-month-old business to recover.

In Toronto, landlord Susan Chiu has five commercial properties and 30 tenants who qualify for the CECRA program.

She’s afraid of losing income and has already started the application process for 10 tenants.

But Chiu said she finds the eviction bans puzzling.

“For the government to come in and impose something else and like this, I don’t know,” she said.

“There’s no one to move in. It doesn’t make business sense for a landlord to evict a tenant.”

While that perspective rings true, small business advocates like Shell point out that “people have been evicted and lost their businesses,” and others have closed facing mounting arrears on rent.

One survey said almost a quarter of businesses feared eviction.

Shell said he has reports of landlords who previously resisted applying for rent relief coming forward in B.C., the province to first pair an eviction ban with CECRA.

“You do not force private parties to tear up contracts in Canada. That happens in banana republics,” said Shinewald, president and CEO of Building Owners and Managers of Canada, an organization of 3,100 members that includes building owners, managers, developers and brokers representing more than 2.1 billion square feet of office space.

Shinewald says governments across Canada have been doing a great job of managing the COVID-19 crisis but that eviction bans are wrong.

“It’s not just a cliché to say that we’re all in this together,” he said, because landlords and tenants are partners.

In his view, trying to force landlords into CECRA isn’t right.

“There’s no principled reason to say that this party deserves to take on the pain of another party … Let’s find a way to reduce the pain for us all.”

He said most landlords are supportive, and those who aren’t need to be “called out.”

For Shinewald, the best option would be to provide rent relief directly to tenants and let them negotiate with landlords to come to agreements together.

Everybody has to do the math

The big-picture estimate of how much the CECRA program will cost comes from the Parliamentary Budget Office.

The PBO’s report from last month pegs the cost of giving small businesses a break on rent at $520 million this fiscal year.

Even with rent relief, small businesses need to crunch their own numbers and “take a hard look at whether or not continuing to operate makes sense,” said Tsur Somerville, a professor at the Sauder School of Business at the University of British Columbia in Vancouver.

While some businesses will be able to “muddle through a recession” caused by COVID-19, he said, for others “how long their business model is completely disrupted is unknown.”

“It’s hard to imagine a lot of small restaurants, retail stores where if they’re only doing half the business that they planned, they can make rent payments and make it work going forward.”

Somerville also said landlords need to accept that “there’s no rule of the world that says that when you own real estate, you’re guaranteed a fixed level of income from it.”

The dilemma for landlords is weighing whether a lower rent is better than a vacancy, he said.

While banks are bracing for the potential of eventual commercial mortgage losses, they do have the properties as assets.

Somerville questioned why they are not sharing in the pain already.

“In some sort of equitable setting. Everybody would take a haircut,” he said.

With provinces moving to protect businesses from eviction, Shell says, Ottawa needs to move fast to make the application process quicker and easier for landlords.

Small-business advocates and landlords alike have complained that applying for CECRA is unnecessarily complicated.

Shell said Canada Mortgage and Housing Corp. must change its focus. “They should be working to prioritize ease of application over potential fraud, and they’ve done it the other way.”

Shell said the federal government signalled in March that there would be another element of rent relief.

“There was an expectation that there would be a secondary rent-relief program for medium sized businesses that had lost between 30 and 70 per cent of revenue.”

For Shell, there’s a critical final element to breathing life into businesses that will drive the restarting of the economy.

He said cash grants should be flowing as part of a reopening strategy for the businesses that have survived ‘”but still need a boost in order to just get over the hump of very slow recovery.”

Some provinces have already announced such grants. 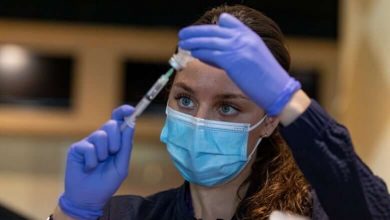 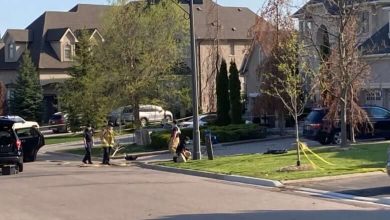 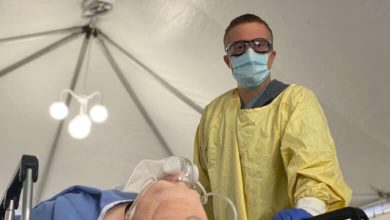 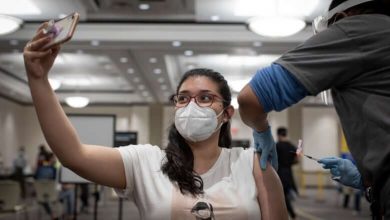