The military is set to intervene at long-term care and retirement homes across the province, where the Ontario government reported a jump of 57 deaths on Friday.

There are currently 131 outbreaks in homes across the province, with 573 deaths total. Some 2,287 residents and 1,089 staff have also tested positive.

The following facilities are set to receive help:

Military support may be redeployed to other sites as required, said provincial spokesperson Ivana Yelich in a statement issued Friday.

“Our top priority is ensuring the staff at these long-term care homes can focus on providing care and have the resources they need to combat the spread of this virus,” the statement read.

Ontario also reported a record-breaking 640 new cases of COVID-19 on Friday, bringing the total number of cases in the province since the outbreak began to 13,519.

The provincial government is also reporting 763 deaths, though CBC News has counted 798 deaths according to data from local health units. Some 7,087 people have recovered.

The province says it completed 12,295 tests within the 24 hours since its last update, while 5,414 are currently under investigation.

Meanwhile, hospitalizations from the virus rose to 910 from 877.

The number of patients in intensive care and on ventilators also both increased, bringing the totals to 243 and 193, respectively.

These updated numbers come one day after Ford announced that his mother-in-law, who is a resident of a Toronto long-term care home ravaged by COVID-19, has tested positive for the disease.

His mother-in-law is a resident at the West Park Long-Term Care home, where at least 13 people had died due to COVID-19 as of Thursday.

Ford is set to speak at the province’s daily COVID-19 briefing at 12:30 p.m. Friday. CBC Toronto will carry that live in the player above. 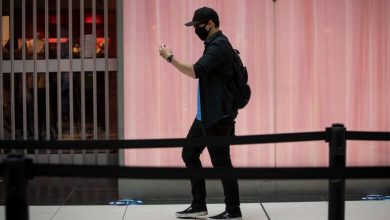