Toronto is in for another blast of winter weather Tuesday.

There are 15 to 25 cm of snow and ice pellets in the forecast — plus high winds and possible freezing rain.

Here’s how the day may play out:

Midnight to 7 a.m. – The calm before the storm

The day will start cloudy and cool — but don’t be fooled. That snow is coming.

Meanwhile, the winds will be picking up to around 50 km/h, said Environment Canada meteorologist Ryan Rozinskis.

Can you work from home today? Environment Canada suggests postponing non-essential travel — the roads will soon be snow-covered, with near zero visibility at times. 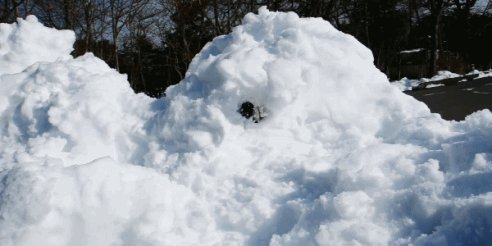 Check to see if your office or school is open. Centennial College has already announced it’s closing all campuses for the day.

The snow should start in Hamilton and Kitchener around 6 a.m.

The snow will start falling around 8 a.m. in Toronto — and it will be heavy from the start, said Rozinskis.

There will also be high winds, up to 80 km/hr, with the strongest gusts along the lakeshore.

That means the morning rush hour may be tough.

“We know there’s going to be an increased number of fender benders and crashes,” said Sgt. Brett Moore with Toronto Police.

Slow down, he said on Twitter. And if you’re in a minor crash, get your car off the road. Officers will be tied up and won’t be able to quickly get to all accidents.

By now, the snow will be engulfing the rest of York Region and Durham.

The City of Toronto says it’ll be de-icing, salting and plowing as required during the storm. You can track the city snow plows here.

There will be high winds throughout the day, and it’s going to be “nasty,” said CBC Meteorologist Colette Kennedy.

The snow may transition to ice pellets at some point between noon and 3 p.m., Rozinskis said, depending on where you are in the GTA.

That means less blowing snow, but the road conditions will still be bad.

Be ready for anything on a storm day.

In case of power outages, Toronto Hydro says they’ll have extra crews at the ready on Tuesday. 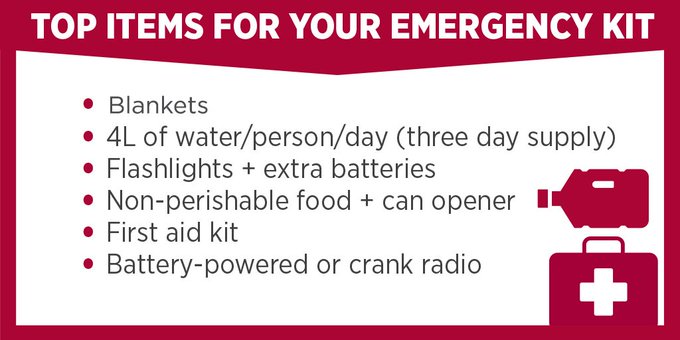 In anticipation of tomorrow’s possible winter storm, we’re preparing to have extra crews on standby in case of outages.

Along with ice pellets, the freezing rain could arrive between 2 and 7 p.m.

By now, the wind should be slightly weaker than Tuesday morning — but it’ll still be gusting as high as 60 km/h into the evening.

Areas farther west and south of Toronto, like Kitchener and Hamilton, will see longer periods of freezing rain, Rozinskis said.

The ice pellets will change back into snow at some point Tuesday evening.

Rozinskis warns of  5 to 10 cm of snowfall on Tuesday night, and an overall total of up to 25 cm for the day.

And keep your hat on — winds around 60 km/h should last through the evening and into Wednesday.

It isn’t Groundhog Day, but tomorrow’s storm might make it feel that way:

There may be periods of snow on Wednesday, but only up to 5 cm, Rozinskis said.

But the next day’s commute may still be rough.

Rozinskis recommends keeping up to date, as weather conditions change.

$17M worth of drugs, including fentanyl, seized in 2 police investigations