Ontario Premier Doug Ford announced Tuesday that the province is cancelling in-person learning for the school year because of the COVID-19 pandemic.

“The safety of our children is my top priority,” Ford said.

The province said in a news release that the decision was made after consultation with the chief medical officer of health and an assortment of medical experts.

“We cannot open schools at this time,” Ford said. “I’m just not going to risk it.”

Ford told reporters that learning will continue online. The province said in its news release that all students “who were on track to graduate” from high school before schools were shuttered in March will be able to graduate, and all students will receive report cards.

Education Minister Stephen Lecce said a full plan for reopening the province’s school schools in September will be released by the end of June. He indicated the plan will include measures to ensure physical distancing and to restrict the movement of students at school.

“It is obvious that schools will not look the same, that we will have to reimagine education in some respects in September given that there will have to be some protocol changes,” Lecce said.

The province also announced its plan will be “bolstered by an enhanced province-wide virtual learning program that will allow all students to learn, regardless of the challenges that may transpire in the coming months,” according to a news release.

When asked why he wouldn’t reopen schools in areas of the province with lower COVID-19 case counts, Ford said that he just wouldn’t “chance it.

“We appreciate the government taking a measured and cautious approach to the return of in-class instruction that is guided by the advice of health officials, with input from school boards, educators and staff,” the statement reads.

According to the provincial news release, private schools, licensed child-care centres and EarlyON programs will also remain closed through the first phase of the province’s reopening plan, which started today.

“A gradual reopening of child care is expected to begin when the province is ready to transition to Stage 2 based on public health criteria, which will include robust safety protocols for the safety of Ontario’s youngest learners and their staff,” the news release reads.

“Unfortunately, we just cannot have 500 kids living together right now,” he said.

But, the province says, if public health indicators allow, indoor and outdoor summer day camps “may” be allowed in July and August with “strict health and safety guidelines.”

Students in Ontario have been out of class since mid-March as the province tries to control the COVID-19 pandemic. The province launched an online learning portal several weeks later, and teachers have been trying to continue lessons in various ways.

But parents and students have expressed frustration about distance learning.

Ontario’s Ministry of Health reported 427 new cases of COVID-19 Tuesday morning, a 1.9 per cent increase that brings the provincial total since the outbreak began in late January to 23,384.

The growth rate in new daily cases is slightly higher than those seen over the last several weeks, which have generally hovered around 1.5 per cent. It is also the first time new cases have been higher than 400 since May 8. After a three-week-long steady decrease in the five-day rolling average of new cases up to May 12, that figure has now been on the rise for the past week.

The official death toll rose to 1,919, up 15 from Monday. Data from regional public health units — which provide a more current snapshot of deaths in the province — puts the real toll at at least 2,005.

More than 70 per cent of those who have died from COVID-19-linked illness were residents in long-term care homes.

Just over 76 per cent of all cases in Ontario are now resolved.

Moreover, some 683 of total deaths have been reported in the City of Toronto, where nearly a quarter of all confirmed COVID-19 cases have been linked to community spread.

Asked why relatively so few tests were completed, a spokesperson for Elliott’s office said the “decrease in tests from Sunday to Monday may be as a result of the long weekend and reflective of the fact that we’ve now completed long-term care testing.”

Fullerton said in a statement that the commission will start in September, and in the meantime the government will be finalizing terms of reference, leadership and timelines.

She said “an independent non-partisan commission is the best way to conduct a thorough and expedited review.”

The Ontario Long-Term Care Association, opposition parties and health-care union SEIU have all called for a full public inquiry into the sector.

Data compiled by CBC News shows that at least 1,467 residents of long-term care homes have died from COVID-19.

The number of long-term care homes experiencing an outbreak has grown over the past few weeks, even as the government has imposed increasing restrictions and implemented widespread testing.

Meanwhile, the province has extended its emergency orders until May 29, including the closure of bars and restaurants except for take-out and delivery, and limiting gatherings to five people.

However, the government is making a new exemption for drive-in religious gatherings, if vehicles are kept at least two metres apart and only contain members of the same household, and no one leaves their vehicle. 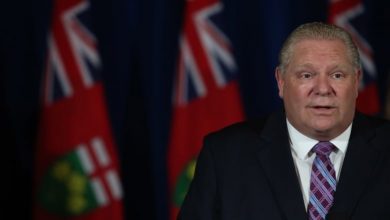 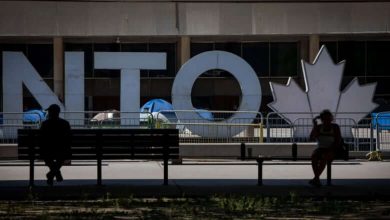 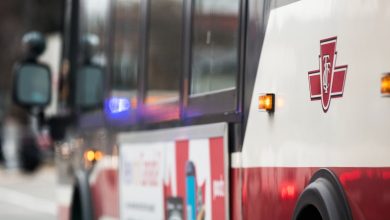