Public health officials in Ontario are set to reveal new projections about the spread and trajectory of COVID-19 in the province today.

Premier Doug Ford said late last week that he had been given “encouraging” information in recent private briefings from the Ministry of Health that suggests physical distancing measures are helping to contain the novel coronavirus.

He went on to caution however that the fight against COVID-19 is far from over.

“We have a real fight on our hands still, as much as the modelling looked a little positive, it can go the other way. We could see a second stream of this coming,” Ford said at a news conference Friday.

The province first provided a detailed update on its projections for the illness on April 3, when health experts said that COVID-19 could kill 3,000 to 15,000 people in Ontario and that its impact could be felt for up to two years.

They added that the models suggest emergency measures will have helped to prevent up to 300,000 cases and as many as 6,000 additional deaths by the end of the month.

That same day, Ford ordered more businesses in the province to close.

Previous modelling also showed that by today, under the “best case scenario,” more than 1,200 people confirmed to have COVID-19 would be in intensive care units, but currently that number is at 247.

Matthew Anderson, the head of Ontario Health, Adalsteinn Brown, dean of the University of Toronto’s public health department and Dr. Barbara Yaffe, associate chief medical officer of health are scheduled to begin their briefing at noon.

Ford, along with Ontario’s minister of health and minister of long-term care, is then expected to make an announcement at 1:30 p.m. ET.

Ontario has confirmed 10,578 COVID-19 cases since the outbreak began in late January. Based on data from regional public health units, the disease has contributed to at least 613 deaths provincewide.

Some 807 people are currently battling COVID-19 in hospitals, while outbreaks have been reported in 112 long-term care facilities.

City to review why it’s paying $9.7M to rent building from parents of WE Charity founders 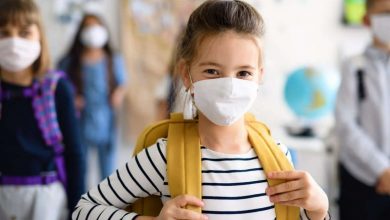