Provincial officials laid out recommendations for public transit agencies and riders in Ontario during the COVID-19 pandemic on Wednesday, including the use of non-medical masks and plexiglass barriers.

Minister of Transportation Caroline Mulroney told reporters at the province’s daily news briefing that the province is “recommending anyone travelling on public transit wear a face covering,” with exceptions for children under two-years-old, anyone who has trouble breathing, and anyone who would have trouble removing one.

Dr. David Williams, the province’s medical officer of health, said health officials don’t yet know the risk of contracting COVID-19 on public transit. But, he said, it’s obvious that people can’t be crammed into transit vehicles like they may have been before the pandemic.

“The new norm will not be like the old,” Williams said.

“With the province falling short of making face coverings mandatory, public transit workers call on the public to do the right thing by protecting themselves and others by wearing face masks on the TTC,” he said.

Premier Doug Ford did not say wearing a mask was mandatory in public, but did say when he goes out in public, he wears a mask.

“Any time I go out in public I put a mask on. I think it’s the right thing to do,” Ford said.

Elliott said people should ensure their masks are constructed with at least two layers of fabric, cover your nose and mouth, and maintain their shape after washing and drying them.

Earlier in the pandemic, provincial health officials had not recommended the use of masks. Elliott said that’s because people weren’t supposed to be outside very much, but now, businesses are starting to reopen as the province embarks on the first phase of its reopening plan this week.

“The situation has changed now … more people will be out and outside,” she said.

1.7% jump in cases, but testing far below target

Meanwhile, Ontario reported 390 new cases of COVID-19 on Wednesday, a 1.7 per cent jump in total cases that comes as the province processed just 7,382 tests for the novel coronavirus yesterday.

The testing number is considerably below the current target of 16,000 tests per day and far fewer than the nearly 20,000 tests the province’s network of labs has the capacity to handle on any given day.

It marks the third consecutive day that the testing figure has been notably low. On Monday, the province said it processed 9,155 tests, while Tuesday only 5, 813 tests were completed. A spokesperson for the Ministry of Health said at the time that the sharp drop may have been due to the Victoria Day long weekend, and because the testing of all long-term care residents and staff has been completed.

And at his afternoon briefing yesterday, Ontario’s chief medical officer of health David Williams said that public health officials “can’t force” people to be tested, ” they have to be willing and wanting to come.”

Ford said Wednesday that he recognizes the numbers “weren’t there.” The premier has previously chided public health units for lacklustre testing numbers.

“It kind of shocked me too,” he said. “But we have a strong plan to ramp up the testing.”

Elliott echoed that sentiment, saying “we are ramping up the testing across the board with all the public health units” — though the numbers in recent days have not reflected this.

“We do have the capacity to enhance it considerably,” he said, noting that testing of people with a wider array of symptoms is now possible.

Williams also said there may have been some barriers for getting tested for the public, in that they may have been unsure how to get to testing centres, or where exactly to go.

“We’re trying to look at removing those barriers to ensure greater public access to those sites,” he said.

The new cases brings total number of cases in the province since the outbreak began to 23,774.

Of those, more than 76 per cent are resolved.

Ontario’s official death toll grew by 43 since yesterday, and now sits at 1,962. Data from regional public health units — a more timely snapshot of the current situation — puts the actual toll at 2,067.

More than 74 per cent of all deaths, or 1,500, were residents of long-term care homes, according to data compiled by CBC News. That’s an increase of 33 over yesterday.

The Greater Toronto Area continues to account for a considerable majority, at 63.4 per cent, of all cases in the province. Further, some 4,111 health-care workers have been infected by the novel coronavirus, says the Ministry of Health.

Hospitalizations in the province increased slightly, up 4 to 991. Conversely, COVID-19 patients in intensive care units fell by 7, down 160, while those on ventilators dropped by 3, to 120.

This morning, the Ontario NDP sent out a news release noting that four people with former ties to the current Progressive Conservative government recently registered to lobby on behalf of some of the province’s largest private long-term care providers.

The list includes Melissa Lantsman, who played an integral role in Premier Doug Ford’s 2018 election campaign and is currently a regional vice-president of the PC party. Lantsman registered on April 27 to lobby for Extendicare, which owns or operates some 120 facilities in Ontario.

In a statement, NDP Leader Andrea Horwath said the recent developments raise “serious questions about who has Doug Ford’s ear on the future of long-term care in Ontario.”

The Official Opposition has repeatedly called for Ford to strike a public inquiry into the province’s long-term care system in the wake of more than 1,400 deaths of residents since the COVID-19 pandemic began. The government has instead opted to launch an independent commission.

CBC News has reached out to the premier’s office for comment. 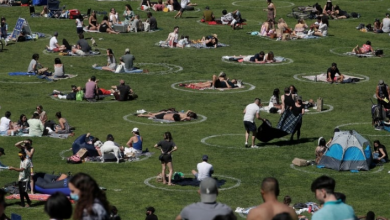 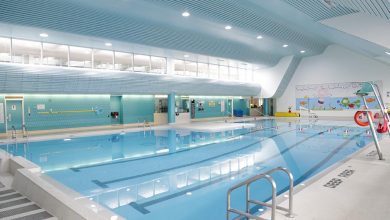 COVID-19 in Toronto: Here’s where the city is opening emergency cooling centres 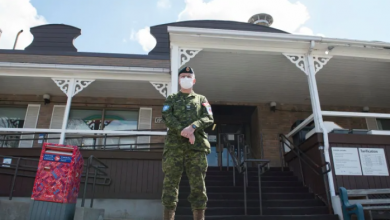