When Antonio Jaimes lost his position as a marketing manager last month because of the pandemic, he began applying for jobs in his field while he juggled long shifts driving for Lyft and Instacart.

Earlier this month, the Toronto man received an email from a company offering him a position as a “multitask manager” for $1,300 a week.

Jaimes said the first thing his new boss asked him to do was to deposit $20 of his own money into a cryptocurrency machine near his home.

“I thought it wasn’t right because she told me from the beginning I needed to invest nothing into [the job].”

Thinking it might be a scam, Jaimes said he went online and found a story about a cryptocurrency job scam that CBC News reported back in August. He realized he was being asked to do similar tasks and contacted police.

Because of the pandemic “a lot of scammers are taking more advantage of it because they know that there are a lot of people right now in need,” Jaimes said.

According to the Canadian Anti-Fraud Centre there were 2,100 job-related scam complaints across the country by the end of November 2020 compared to 1,764 in all of 2019.

Many job scams are becoming more complex and could appear more “realistic” as many Canadians continue to work from home due to the pandemic, said Jeff Thomson, senior RCMP intelligence analyst at the Canadian Anti-Fraud Centre.

“In a lot of cases, these fraud companies will have official looking websites that they’ve copied from another organization,” said Thomson.

“They’ll say that you can’t do an interview in person because of the COVID-19 pandemic, but we’re really interested and we want to hire you.”

‘I thought it wasn’t right’

With a baby on the way, Jaimes and his wife were initially excited about the job offer. They researched the company and found it had a website and clientele, which he said appeared legitimate.

Jaimes had one interview with the company over the phone as they said they couldn’t meet in person due to COVID-19 restrictions. He said he was asked to sign a contract that provided personal information including submitting a photocopy of his driver’s licence. He also had to download the app Telegram to communicate with his supposed manager.

“The main thing is I’m a little bit worried, more than anything, for my family, just because they already know my address. They know my number. They know my name. They have my driver’s licence.”

With his address and personal information in the hands of the fraudsters, Jaimes said he is worried and fearful of accepting any job interviews online now.

“Every time that I get an email online from any kind of job I’m just like, ‘I cannot trust it anymore.'”

Thomson said that many of these job scams are “the financial agent type.” They might include titles like ‘administrative assistant,’ ‘clerical officer’ or ‘multitask manager’ as Jaimes’ job application stated.

All of these roles involve moving money from an account and “in all cases, that’s being used to recruit money mules,” he said. “The mules are used to funnel funds from other victims or compromise bank accounts at the end of the day.”

Do your research, CAFC says

Thomson said fraudsters “do try and play into your emotions” especially when you might be excited about getting a job. But he said any job that asks you to accept funds is a “big red flag” that it is a scam. He also warned to watch out for job interviews that don’t involve any face-to-face interaction.

If you think you might be encountering a job scam, he said it’s important to do your “due diligence” and think twice before accepting a position. He encourages Canadians to find out whether the business is accredited with the Better Business Bureau.

If you think you might be a victim of identity fraud, Thomson said report your case to the Canadian Anti-Fraud Centre or local police and to report it to a credit reporting agency to flag your account. 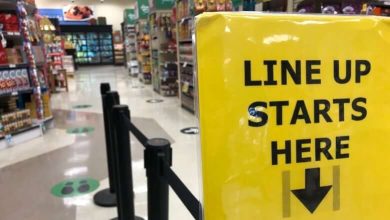