Imagine having a nightmare of a neighbour, who lets their grass grow for months at a time, with weeds towering more than a metre tall, curling through a shared chained-link fence, and a mammoth tree with branches that brush your bedroom at night.

You could report them to 311 and a bylaw officer might stick them with a fine.

But that’s not an option for a longtime North York homeowner. His neighbour is vacant lot that happens to be owned by the City of Toronto.

Wu, who moved into his two-story brick home on Avondale Avenue with his wife and two children in 2004, said the trouble started in 2017, when the city took over the property.

When the grass grew taller than Wu himself, he started snapping photographs and dialling 311.  A crew eventually arrived and mowed the lawn, returning twice that year.

The following spring, the same pattern started up. The grass and weeds grew wild and Wu began his campaign once again, making calls and sending emails too. He says a lawn maintenance crew visited just twice in 2018.

The city actually has a long grass and weeds bylaw.

Any one caught breaking the rules could get a visit from a bylaw officer, and potentially face a fine, though a city spokesperson told CBC Toronto that is pretty rare.

“For its own property, who [can] give the city the fine or the ticket?” Wu asked.

It’s not just the grass and weeds that concern Wu. In fact, a crew had visited the vacant lot just days before a CBC Toronto camera stopped by, trimming the lawn for the first time this year.

“There are a lot of branches overhanging my house,” said Wu, pointing up at a large tree that sits between his property and the empty lot.

A tree cutter removed some branches in 2018, leaving behind a pile of discarded logs. Wu is worried part of the tree is hollow and fears branches could break off in stormy weather, crashing on top of his bedroom.

He’s asked for more tree trimming but says so far he has gotten no response from the city.

City seems to have forgotten about property, councillor says

While the transportation department confirmed the property was acquired for the construction of a new service road, John Filion, the councillor for the area, thinks there may be some confusion.

“When I looked at the location, I thought there’s no reason for the city to own that,” said Filion, pointing out the property is mid-block and nowhere near where the new road will be built. “It’s not part of any collection of properties the city is acquiring.

The city might have bought the property and then lost track of it, he speculated.

“Somebody in the transportation department forgot they had it.”

Wu just wants the city to care for the property, the same way he takes care of his.

“Keep it nice,” he says, shrugging. “The whole area is nice.” 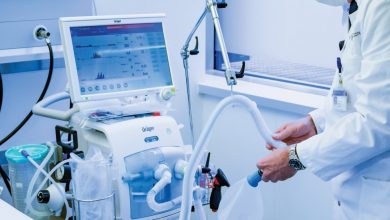 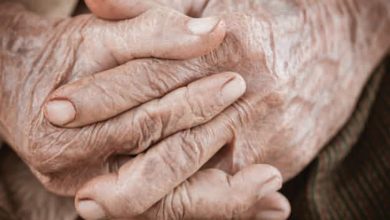