Cece Luppino, the son of mobster Rocco Luppino, was gunned down at a Hamilton home owned by his father on Wednesday, in what police said appears to be a “targeted” killing.

Luppino’s death is the city’s third killing in the past two years in which the victim had some connection to organized crime families. All occurred under similar circumstances, with the victim targeted at a family home. Hamilton police previously said a recent surge of violence in the Toronto and Montreal areas seems to be linked to an underworld power struggle.

Police identified Luppino as the victim on Thursday.

Det. Sgt. Peter Thom of the Hamilton Police Service told reporters that investigators are considering the possibility that the shooting is connected to organized crime in the region. But Thom noted Luppino, 43, did not have a criminal record, and was not known to police.

“We don’t yet know what the motive is,” Thom said.

Police say they received a 911 call about a shooting at 56 Mountain Brow Blvd. around 5:55 p.m. ET Wednesday. According to property records, the home is owned by Helen and Rocco Luppino.

When EMS and police arrived, the victim was “obviously deceased,” said Thom. “It was a close-up encounter and obviously, where it occurred, it was a very specific and targeted event,” he explained. Thom would not say where Luppino was shot, or how many times.

No one was home when it happened, but a family member later found Luppino and called 911, he said.

There is a gap between when he was last seen at about 3:30 p.m. at the home and the time he was found, Thom said.

Thom is also overseeing the investigations into two recent killings linked to the mob: Angelo Musitano and Albert Iavarone.

Musitano, a member of Hamilton’s notorious crime family of the same name, died in May 2017 after his truck was sprayed with bullets in the driveway of his Waterdown home. Police say he was “stalked” in the days leading up to his death.

Iavarone died similarly in September 2018. The real estate agent, who police have said had connections to organized crime, was gunned down in what’s being called a “targeted attack” as he was walking from his car to his house. 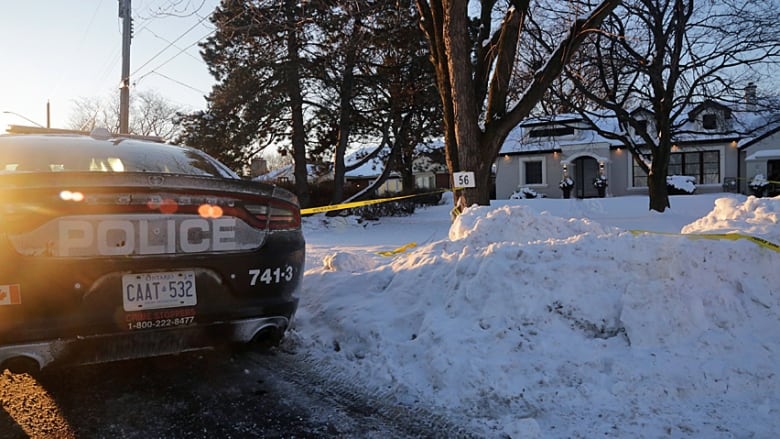 Police say they received a 911 call about a shooting at 56 Mountain Brow Blvd. around 5:55 p.m. ET Wednesday. (Adam Carter/CBC)

Thom said no evidence has yet been uncovered linking those killings with what happened Wednesday. “It’s very early in the investigation,” he said. “I have no information they knew one another.”

He said the family is co-operating with police. “They do not wish to speak publicly, and ask their privacy be respected at this time.”

Forensic officers returned to the scene Thursday to continue to gather evidence. Other officers were in the neighbourhood canvassing for information, police say.

Thom said police have surveillance footage from the home, but at the time had not yet reviewed it. Investigators do not yet have suspect or vehicle descriptions, he said.

Luppino had recently gotten married, Thom said, adding his wife wasn’t home when he was shot.

“All I can say is that I’ve been told he works for a family business down in Stoney Creek, and he’s got no criminal record.”

Asked to elaborate, Thom would only say the family business involved real estate and a cafe.

One neighbour who would not give his name told CBC News he heard a loud bang outside at some point Wednesday. He said he thought it was his basketball net blowing over. 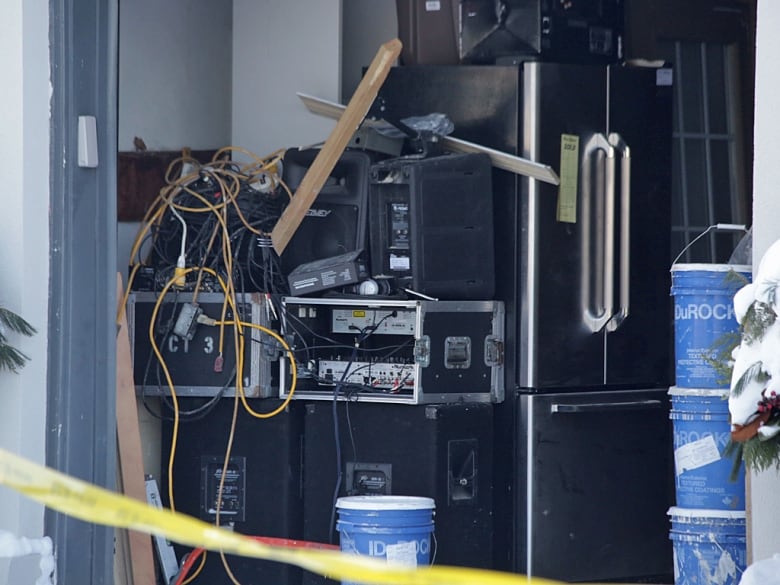 DJ and other sound equipment could be seen through the open garage door at the home. (Adam Carter/CBC)

Yellow crime scene tape surrounded the property Thursday morning, and stretched into a driveway next door. Property records show that a second home is also owned by Rocco and Helen Luppino.

No one answered the door at that home when a reporter knocked.

Tracks could be seen in the snow leading up to the home where Luppino was killed. The garage door was also left wide open, with a police SUV parked right outside.

Inside the garage was PA and DJ equipment, alongside a large fridge.

Links to organized crime in the U.S.

Rocco Luppino was convicted of extortion-related offences in 1979. Court documents filed by the RCMP show the Luppino family is connected to a web of organized crime stretching from Hamilton to Buffalo, N.Y.

The documents, which were filed as part of the drug trafficking case against Domenico Violi and his bother Giuseppe (Joey) Violi, link the two families together. The RCMP also say the Luppino-Violi family is a faction of the Todaro crime family in Buffalo that is run by Joe Todaro, Jr. 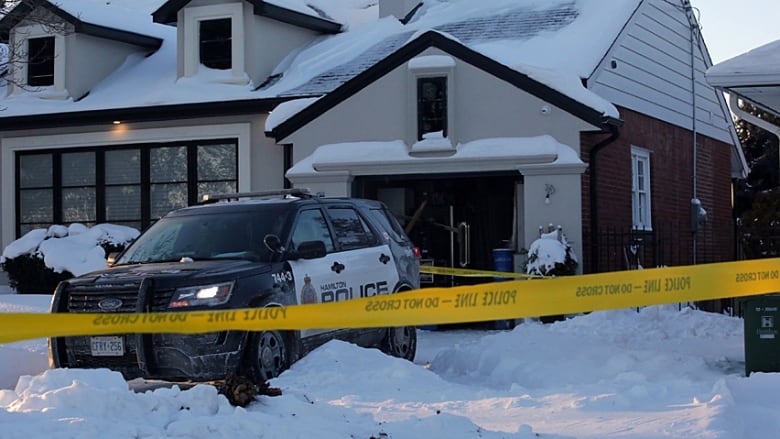 Police were still on scene of the shooting Thursday morning. (Adam Carter/CBC)

Both Rocco Luppino and his brother Natale are “made” members of the Buffalo family who operate in Hamilton, police say.

Nicaso said the death of Montreal’s Vito Rizzuto in 2013 has allowed different factions to vie for power in the region.

“There is definitely something going on. There’s a power struggle left from the vacuum from Rizzuto.”

Police say this is the city’s first homicide of 2019.

All-day winter storm to dump up to 15cm of snow on Toronto, surrounding areas