When Jane Neville first discovered one of her twin daughters, just 13 at the time, was vaping, it came as a shock.

A man was caught coming onto middle school property, illegally selling vape kits to girls. The police got involved and Neville thought that’d be the end of it.

But since then, she’s pulled six kits from her daughter, now 15.

“She says she’s stopped vaping, but to me that’s one problem. The other problem is how did she get this in the beginning? And how does she keep acquiring it?” Neville, 54, asked from her front porch in The Beach.

CBC Toronto spoke with several parents grappling with teens getting their hands on vapour products — often buying them themselves directly from vape shops or corner stores, despite being under the legal age, which is 19 in Ontario.

It comes as health officials in the United States are reporting growing numbers of breathing illnesses among teens or adults who’ve used an electronic cigarette or some other kind of vaping device. There’s been one reported death — an adult in Illinois who recently vaped, died after being hospitalized with a “severe respiratory illness.”

So far there have been no reports of acute lung injury in Canada, though it’s a serious concern, says the director of the cardiac intensive care unit at St. Michael’s Hospital in Toronto.

“That does not mean it hasn’t occurred,” said Dr. Akshay Bagai. “What it means is people who vape and parents of children who vape should report any mysterious illness to their family doctor or Health Canada.”

The federal department recently wrapped a series of consultations, after proposing a number of new regulations this past February.

No ID? No problem

Neville says her teen recently admitted to buying vapes from a nearby convenience store.

She reached out to police but was referred to Toronto Public Health, which enforces the Smoke-Free Ontario Act, 2017. Much like selling cigarettes to minors, anyone caught selling vapour products to teens can face a fine.

Neville says her neighbourhood shop was investigated by public health, but ultimately no fines were given.

“And it doesn’t have to be a vape shop, it can be a gas station.”

Paul Di Salvo, a public health spokesperson, says since 2018, 13 convictions have been handed to Toronto retailers for selling vapes to minors.

Durham region reports one case, and in Peel, there have been just two.

But at least one vape shop in Peel has a reputation for selling to young people.

Earlier this summer, a Brampton mom was transferring money into her teen son’s bank account when she noticed an $84 charge from a vape shop.

“The word vape immediately triggers something in your head,” said Siliva. CBC Toronto has agreed not to publish her last name in order to protect her son.

She says the youth told her he heard about the shop, and that it sells to young people, from friends at his high school.

He purchased a small vape kit using his own debit card, and without showing identification, she says. When she and her husband confronted the owner, he agreed to give them $40 back.

“Kids learn from their own mistakes. We are here to guide them along and we as parents are doing our best to do that, but there are supposed to be regulatory systems in place that prevent our children from being unhealthy or from doing harm to themselves,” she said.

“It would be nice to have the confidence that the systems are working the way they are supposed to be — protective of our children.”

For the first time, Ontario elementary students will learn about vaping, as part of the revised health and physical education curriculum.

“We need to empower kids with the knowledge of the dangers of vaping,” said George Kourtis, the program coordinator for health and physical education with the Toronto District School Board.

“Not only what vaping can lead to, but all the chemicals that are in vaping products.”

Vaping, like smoking, is not permitted within 20 metres of school property, as part of the Smoke-Free Ontario Act

But some Oakville high schoolers told CBC Toronto students manage to vape in the hallways and washrooms.

“It’s hard to enforce especially since staff can’t go into the bathrooms where things occur. And we don’t have cameras in the bathroom,” said Liza Abraham, 16.

Despite originally being marketed as a way for adults to quit smoking, Dr. Bagai says there’s no data to support that claim.

He says what’s clear is more teen and young adults are getting hooked, with vaping now surpassing cigarette smoking.

“Until we know they are entirely safe — which doesn’t seem to be the case from what we know so far — there has to be advisory notices on the products and it has to be tightly regulated to not to let the new generation being exposed to them widely.” 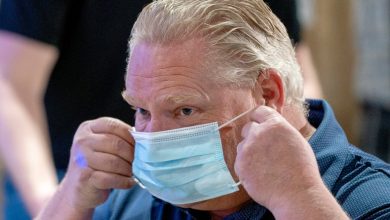 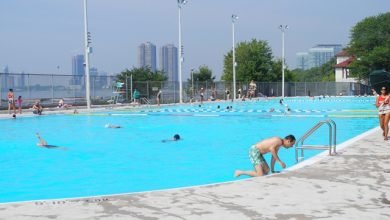 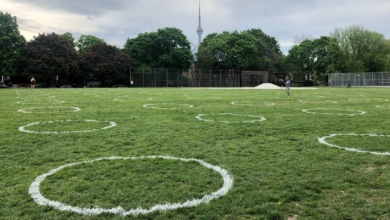 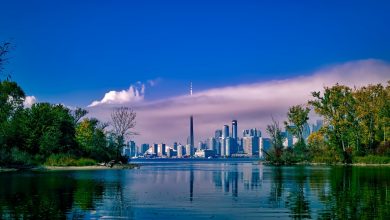