Being mesmerized by art can help you in your line of work — or at least that’s what one Toronto scientist says.

Hoping that experiencing art can inspire good science back in the lab, Dr. Mathieu Lupien, a senior scientist at the Princess Margaret Cancer Centre, took his research team Wednesday to the new exhibit, Vija Celmins: To Fix the Image in Memory, at the Art Gallery of Ontario.

“We have to be innovative, imaginative, and think differently based on the evidence that we have,” he said.

“Art is exactly this. It’s creativity and coming up with something no one has designed before.”

He’s been taking researchers on his team for one-on-one tours to various exhibits at the AGO for almost two years. They started after he was inspired by a visit to the Victoria and Albert Museum in London, England.

The AGO found out about Lupien’s visits and offered him and his team of 14 researchers a private tour scheduled for Wednesday.

Lupien says he has found parallels between art and research, since both require creative thinking and the discovery of new information.

During these gallery visits, Lupien says he encourages each team member to pick a favourite work of art and explain why it spoke to them. He says every time he’s done this exercise, he discovers a new reason why art is beneficial for the mind.

“I’ve been discovering more and more how my trainees and my lab members think and that’s been fabulous. There is also the concept of being mesmerized and getting excited about the pieces that we see. We leave with a lot of motivation and excitement,” he said.

‘I can look at things with a different perspective’

One of his trainees, Parisa Mazrooei, a senior PhD student, says these experiences take her out of her comfort zone.

“I feel like I can look at things with a different perspective,” Mazrooei said. “Basically, it allows you to step back and look at the big picture because a lot of our time is spent on focused research.”

Melissa Smith, coordinator of the Gallery Guide Program, says their team was overjoyed when they discovered Lupien’s regular visits to the gallery.

“I believe strongly art can open up the mind. It is one of the things I think it does best,” said Smith.

The AGO promotes unplugging from daily life, Smith says.

“It’s really about coming and enjoying the space and finding the things that resonate with you,” she said. “I think that’s the real power of art that it can really incite and really create an opportunity for people to see the world differently.”

Lupien says he enjoys art because it feeds his mind and leads him to thinking beyond the boundaries of daily activities.

“You never know when you need a creative way of looking at research,” he said.

“I welcome everyone else to do the same because there’s a lot to be learned by art.” 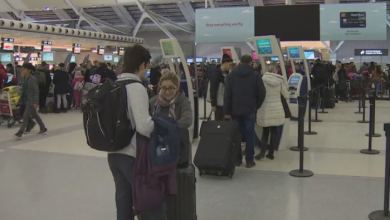 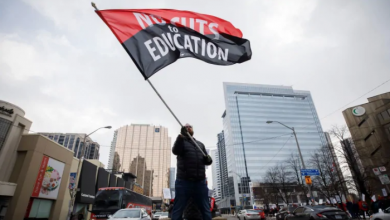 E-learning is no boogeyman, but would be costly to implement properly, expert says 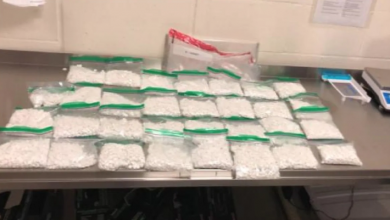 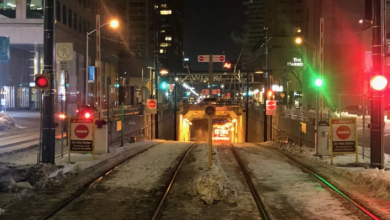