The high cost of internet access in Canada is leaving low-income families behind, says a national organization that is calling on the federal government to act.

ACORN Canada, a charitable organization that advocates for low- to moderate-income families, is set to release a report on Tuesday that says “digital equity” must become a federal priority.

In the report, “Barriers to Digital Equity in Canada,” ACORN Canada says Canadians need online access to apply for jobs, complete school work, download government forms, pay bills and connect with family and friends, and it argues that internet access has become a basic human right.

The high cost of internet in Canada is a well-documented problem that disproportionately impacts low and moderate income households, the report says.

Given that people now need to get online to navigate daily life, the report says the government is obligated to ensure affordable, fast and reliable internet access for all Canadians.

“We see a need for affordable internet for all,” Alejandra Ruiz Vargas, chair for the East York chapter of ACORN Canada, said in an interview with CBC Toronto.

“If you don’t have the internet, you are at a disadvantage. Before, internet was a luxury, but right now, it is a necessity. The internet opens doors for people.”

Telecom companies need to do their part, report says

ACORN Canada wants the government to expand the scope of its Connecting Families program, which was launched in 2017-2018 to deal with digital inequality in Canada. The program is targeted at families that receive the maximum Canada Child Benefit.

Seniors and single people should be included, Vargas said. “It needs to be for everyone who is low income,” she said.

The government has budgeted $13.2 million over five years to help eligible low-income Canadian families get home internet services for $10 per month through the program, which is conducted with the help of participating service providers.

ACORN Canada said it believes the program should be mandatory for the big telecommunications companies.

According to the report, telecommunications providers should set up programs to provide affordable, high-speed home broadband for low- and moderate-income Canadians.

And it says all levels of government should support digital literacy education.

“As essential services becoming increasingly digitized, it is vital that low and moderate income citizens are not left behind,” the report reads.

“A clear digital divide exists along income lines. Telecommunications companies and the government must take action to address the disparity in access that is significantly disadvantaging low-income Canadians and other marginalized.”

For Tomeko Martin, a Toronto single mother of a nine-year-old boy, internet access is essential but expensive. Martin, who is visually impaired, pays about $170 a month to Bell Canada for a bundled package of services that includes internet access. She receives a cheque from Ontario Disability Support Program (ODSP) for $1,049 a month.

Martin uses the internet every day to do online banking, shopping, research, reading and to stream music, while her son uses it to do homework and watch YouTube videos.

“I think it’s ridiculous to be honest with you,” Martin said on Wednesday.

More government regulation is needed to curb the rising cost of internet access, she added.

“I don’t think it’s fair that they make millions and billions of dollar a year but they can’t afford to offer low cost internet to low income families. The point is, there are people out there who need lower cost internet. The internet, let’s face it, is becoming a huge part of everybody’s lives. Pretty soon, everything is going to be online.”

She uses the internet “all the time” to research medical problems, find out what resources are available, check information about WheelsTrans, pay bills and communicate with friends and family. She can’t work full-time.

Belgrave pays about $80 a month for internet and, like Martin, receives an ODSP cheque for $1,100 a month. Not all of her medications are covered by OHIP.

“That’s a lot of money off my cheque that I need for food and household things,” she said. “Eighty dollars is awfully high for internet. Sometimes I will not be able to pay for my medications and have to pay my bills instead.”

Belgrave said the big telecommunications companies, given their profit margins, should be able to offer a lower rate for low income people. 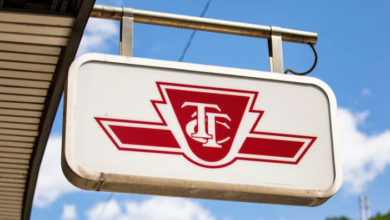 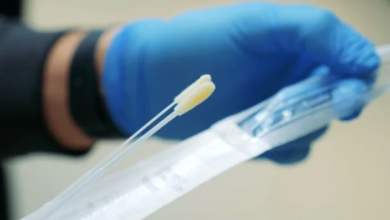 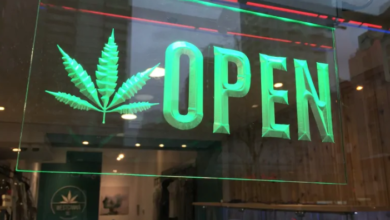 Cannabis labs eager to aid with COVID-19 testing with 10,000 backlog in Ontario