Environment Minister Rod Phillips vows Ontario “will use every tool at our disposal to challenge” the federal Liberal government’s carbon tax.

“We don’t need a carbon tax to fight climate change,” he said as the new pan-Canadian policy took effect.

“They’ve cut the programs that we were investing in energy efficiency. They’re taking credit for what the previous government did on coal. They don’t want to put a price on pollution. They’re fighting us in court,” she told CBC Radio’s Metro Morning.

Ottawa began levying its carbon tax on greenhouse gas-emitting fuels on Monday in four provinces that have refused to take part in the scheme.

Ontario, along with Saskatchewan, Manitoba and New Brunswick, did not have adequate emissions pricing plans of their own to meet federal standards.

Ontario, with the help of Saskatchewan, has also since launched a legal challenge against the tax.

The federal government has an “uphill battle” in convincing Ontarians that a carbon tax is the “only way” to tackle climate change, Phillips told reporters on Monday.

Under the terms of the national climate framework, a levy is applied on gasoline, light fuel oil, natural gas and propane.

McKenna defended the need for a national tax on Monday.

“Pollution doesn’t know any borders so you need to make sure you have a plan across the country,” she said.

Phillips reiterated his issues with the carbon tax, saying he believes the province must address climate change — but not through a levy.

“Imposing this unnecessary tax on Ontarians is going to hurt families, hurt businesses and isn’t necessary to fight climate change.”

Premier Doug Ford has repeatedly claimed that the carbon tax is a “total economic disaster” for Canada that could trigger a recession.

“We cannot afford the risks of a carbon-tax recession because the truth is clear: you can be for a carbon tax, or you can be for jobs, but you can’t be for both,” he said on Monday.

Ford has yet to offer any details about how the carbon pricing scheme would hurt the economy.

In its January monetary policy report, the Bank of Canada lays out what it sees as the major risks to the economy in 2019. The looming carbon tax is not even mentioned as a factor.

‘Balance the cost to people’

Phillips touted Ontario’s own plan, which the Ford government unveiled last November. He said it will meet all of the federal government’s targets and “doesn’t require a carbon tax.”

A major plank of the scheme is a fund called the Ontario Carbon Trust, to which the province will commit some $400 million over four years to work with the private sector on developing clean technologies to combat emissions.

The regime aims to keep the province on track toward meeting Canada’s ambitious Paris climate summit targets. Under the international agreement, Ottawa has committed to reducing emissions by 30 per cent of 2005 levels by 2030.

“We do have to balance the cost to people,” Phillips said.

Based on federal figures, here’s a breakdown of an approximate cost increase to fuels:

‘People will get more money back’

Ottawa has also implemented annual rebates to Canadian families to help offset most of the added costs of the climate-change fighting initiative.

While the amount will vary based on the province and the number of people in a household, a family of four in Ontario will receive about $300 a year. You can see a full breakdown of the costs here.

But Phillips said he isn’t convinced that the framework will result in a sizeable return to taxpayer wallets.

“I don’t believe that people are confident when a government says, ‘We’re going to tax you more.’ They’re going to end up with more money in their pocket,” he said.

“We’ve been clear that we’ve done the math and people will get more money back because we’re also making big polluters pay,” she said.

McKenna said not acting on climate change will have a “huge cost” in the long run.

“We need to take action on climate change because we’re paying the costs now. We’re passing on this debt to our kids, but also we have an opportunity to show that we have the clean solutions … We can do things better.” 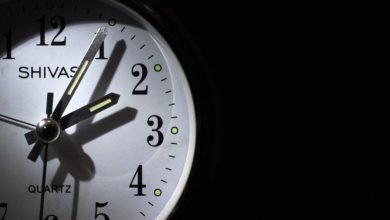 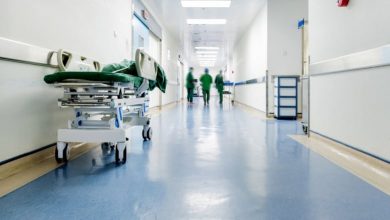 Half of Ontario hospitals in poor state of repair, accountability office says