The father of a Vaughan man who walked out of a Richmond Hill hospital a week ago and has since disappeared appealed to his son Thursday to contact authorities.

Simi Abrams, 24, walked out of the Mackenzie Health Hospital, near Bathurst Street and Major Mackenzie Drive at around 11 a.m. on March 21.

York Regional Police are asking that people in the Hwy. 400 and Major MacKenzie Drive area check their properties including sheds, garages and other out buildings.

Det.-Sgt. Kevin McCloskey said investigators have tracked Abrams’ movements up until 3:30 p.m. on March 21, when he was seen walking west along Teston Road near Keele Street. He was also seen in a Walmart buying food and cooking supplies.

“He indicated that he just does not want to come home. I believe these purchases were made as a matter of sustenance and/or warmth,” said McCloskey, adding that Abrams’ wallet and cellphone have been found discarded along the road.

“Simi may have found a shelter. It may be a makeshift shelter, it could be something as simple as a shed in an abandoned home.”

McCloskey called Abrams’ disappearance out of character. He said he is a student who lives with his mother in Vaughan.

“I’m hoping that he’s taken some time for himself to sort out whatever it is that’s caused him to walk away. I’m hoping that he’ll see this today and I hope he’ll realize that his family cares about him deeply and they love him.”

Bob Abrams thanked the 350 volunteers from the local Jewish community who came out to help search for his son.

McCloskey said the ground search has been suspended because police don’t have a location to send volunteers. 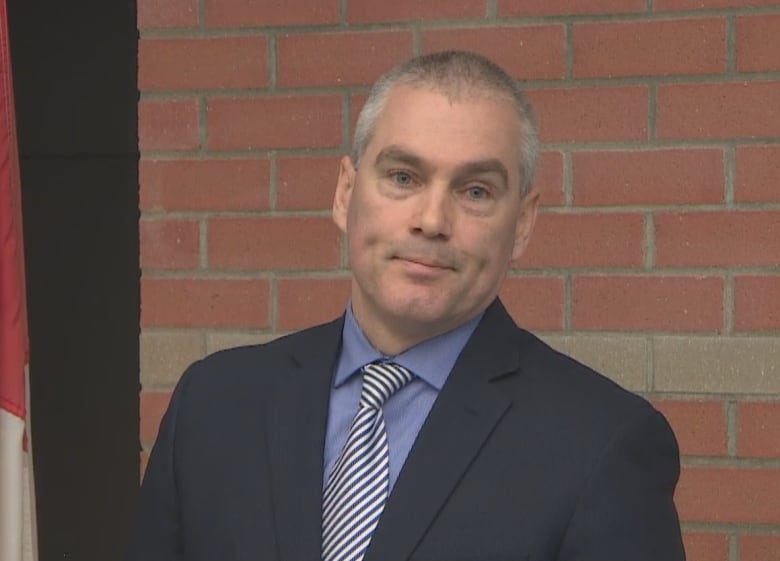 Det.-Sgt. Kevin McCloskey of York Regional Police asks that people living in the area check their properties for any sign of the missing man. (CBC)