Several electric vehicle owners in Ontario say they were unfairly denied a $14,000 rebate, because of shoddy communication from the Ontario government about a “mystery” inventory list many car dealerships say they were unaware of. 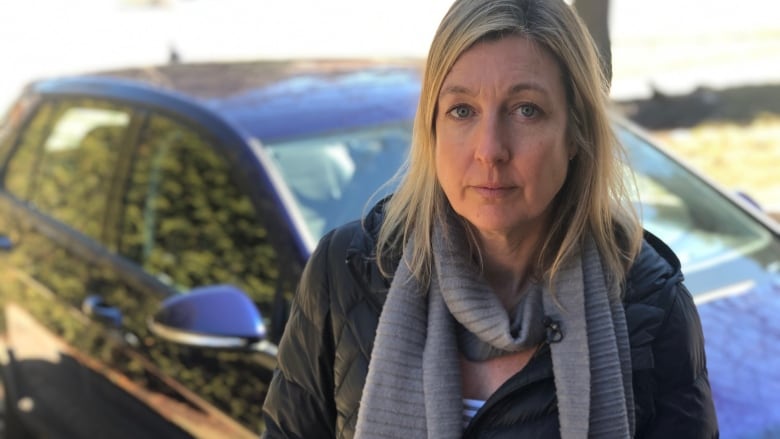 Janet Stephens says she was ‘sick to her stomach’ when she found out she was denied a $14,000 rebate because her dealership was supposed to add her vehicle to a government list, cbut the dealer didn’t know it existed. (Chris Glover/CBC)

“If a private business behaved this way they’d be finished,” said Oakville resident, Janet Stephens referring to the provincial government.

Stephens said the $14,000 rebate — introduced by the previous Liberal government — was “everything” in her decision to purchase a $43,000 e-Golf Volkswagen.

On July 11, 2018, shortly after defeating the Liberals in the June election, Premier Doug Ford scrapped the Electric and Hydrogen Vehicle Incentive Program (EHVIP).

The up-to $14,000 rebate offered through EHVIP was funded by proceeds from the Liberals cap-and-trade carbon emissions program, which the Progressive Conservatives campaigned on eliminating.

‘They don’t want to pay the rebate’

The Ford government told Ontario vehicle purchasers, like Stephens, they were still eligible for the rebate during a grace period, albeit with specific conditions.

“I think they don’t want to pay the rebate and there was a hundred other ways they could have cancelled this program instead of leading us down a path that made us believe we were going to receive the $14,000 rebate,” said Stephens.

Under the PC rules, the vehicle was eligible for the rebate if it was on a dealer’s lot or an order had been made by a dealer by July 11, provided the vehicle was delivered to consumers, registered and plated by September 10.

Stephens said her Volkswagen e-Golf was on the lot July 4, and was plated and in her driveway on September 6, yet, when she applied for the rebate within the allowable window, she was denied.

“I was sick to my stomach. It wasn’t the answer we were expecting,” Stephens said.

The rebate denial from the Ministry of Transportation said her vehicle was “not on the ministry approved order list.”

“Where’s this mystery list that nobody made public, so we could make sure we were on it or so our dealer can make sure?” Stephens asked. “It was never published anywhere.”

Turns out, her dealership was supposed to put her vehicle on an inventory list.

However, Paul Leggat, the general manager at her dealer — Roseland Motors in Burlington — said his dealership was not notified that there was a “ministry approved order list,” let alone his dealership’s responsibility to get his client’s vehicle on it.

“It doesn’t matter if you agree or disagree with the rebate,” said Stephens. “We enter into a contract with the government and our dealer — two parties we’re supposed to trust — and we’re in this position now due to a miscommunication between those two parties and through no fault of our own.”

Brian Hoecht, the general manager of CarHub Chrysler in North York, says his dealership received no communication about an inventory list for the rebate and he says three of his customers were “denied unfairly” for the rebate.

“It’s been a mystery trying to put it all together and I still don’t have all the pieces,” Hoecht said.

Since customers started being denied this month, Hoecht contacted his manufacturer Fiat Chrysler Canada and found out the manufacturer was issued a letter by the Ministry of Transportation on July 11.

The letter asks “stakeholders” to assist the government in reaching out to dealers and said “we will ask dealers to provide us with a list of eligible vehicles in their inventory” with a deadline of July 16.

In a statement to CBC Toronto, the Ministry of Transportation said the July 11th letter was emailed to dealerships that were part of the Grants Ontario program, as well as manufacturers and associations “who were expected to inform their dealerships.”

“Consumers who have been denied an incentive because their vehicle was not included on the order list submitted to the ministry by the dealerships should contact their dealership to discuss options,” said a ministry spokesperson.

Hoecht said there are no options on his end. He doesn’t fault the manufacturer and points to the “murky” way the list was communicated by the MTO in “peak summer months” with barely three working days to execute a vital condition to ascertaining the rebate.

“I feel like the dealership and our customers were put in a position to find themselves denied unfairly,” Hoecht said. “The fundamental thing is the communication just wasn’t clear enough or direct enough to be enforced the way it’s being enforced.”

CBC Toronto has spoken with at least eight other vehicle owners in Ontario who allege they were denied for the same reason.

Stephens complained to the Ontario Ombudsman, who won’t say how many complaints they have received on this, but confirmed it is part of its jurisdiction.