Toronto drivers are being urged to pack a little patience on Friday morning as the city receives a fresh coat of snow.

Environment Canada has issued a winter weather travel advisory for Toronto with the forecast calling for as much as five centimetres of snow by 10 a.m.

David Rogers, meteorologist for Environment Canada in Toronto, said the snowfall was expected to slow the morning commute.

“It’s going to be slow drive. Just give yourself some extra time if you can. And be patient. There’s worse things in the world than a slow commute,” he said.

“Reporting to an accident reporting centre for a fender bender will certainly ruin your day. Just be patient and hopefully that won’t be you.”

According to the advisory, snow might continue into the early afternoon.

By 1 p.m., however, the snow should stop falling. Some areas could see as much as 10 centimetres of snow on Friday.

“The afternoon commute should be okay,” Rogers added.

York Regional Police said officers had to deal with 40 calls for collisions in only three hours.
The wintry weather, meanwhile, has been causing a few delays and cancellations at Toronto’s Pearson International Airport. As of 9:50 a.m., the weather has led to the cancellation of 3.71 per cent of departing flights and 4.15 per cent of arriving flights.

Conditions are expected to improve on Friday afternoon. And a “warm up” is coming, with the temperature expected to rise on Sunday, when the high is forecast to be 6 C. 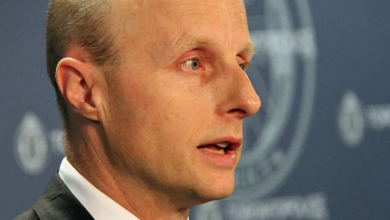 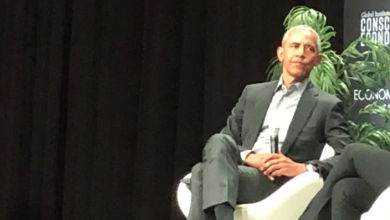 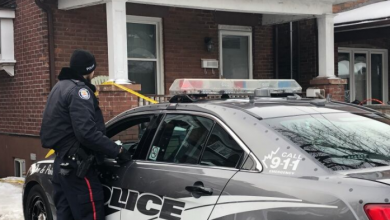 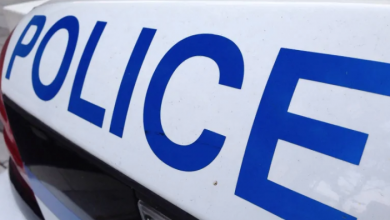