New projections by Ontario’s science advisory table show the pandemic is worsening across the province overall. Long-term care residents’ deaths are increasing each week and case numbers likely exceeding those of European cities currently in some form of lockdown, if case counts grow by five per cent.

But a five per cent growth rate is an “optimistic” scenario, according to Adalsteinn Brown, dean of the University of Toronto’s Dalla Lana School of Public Health and co-chair of Ontario’s COVID-19 science advisory table. The province’s seven-day growth average right now is already about four per cent, Brown said at a news conference Thursday (12). Over the last three days, the growth rate has been about six per cent.

Without it, he said, “You’ll continue to see growth in cases, you’ll see more ICU cases, more deaths in long term care homes, even with new restrictions if they were implemented today, you’d still see growth in mortality as it takes some times to filter through the system.”

“I do not believe there’s a way that the cases will change without action.”

“If everybody did what they were supposed to do, we can bring these numbers down,” said Williams. 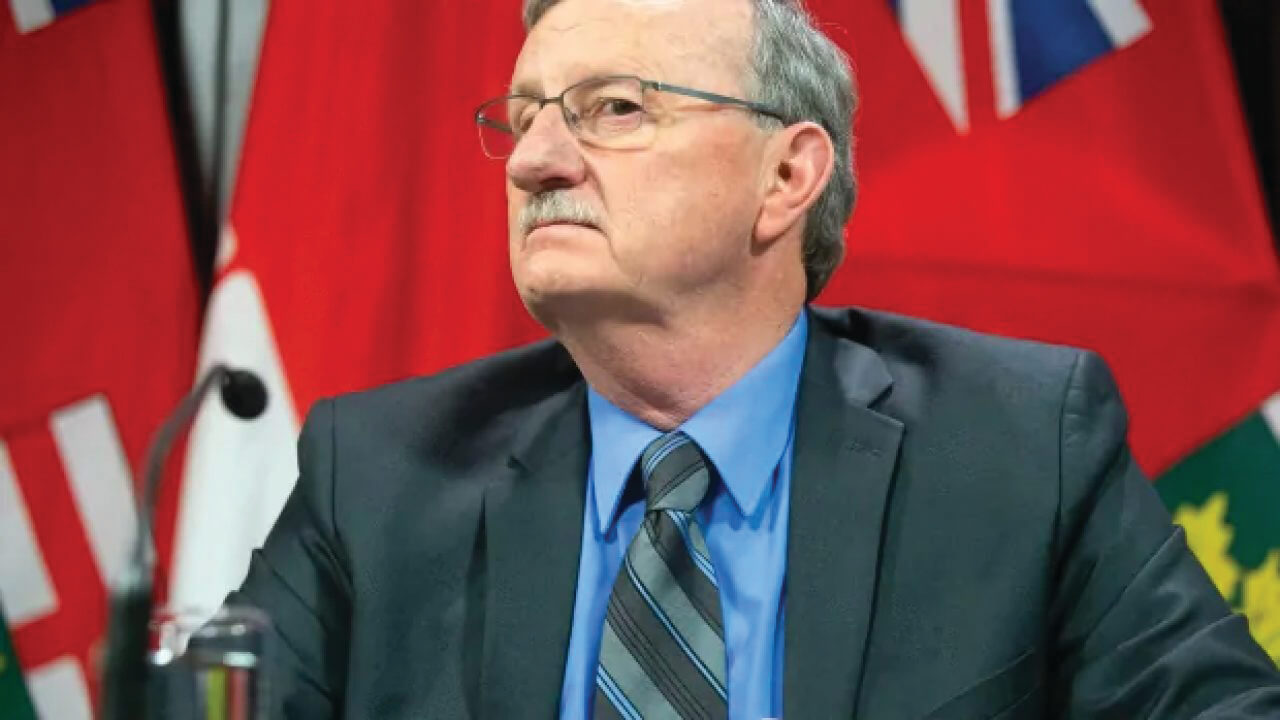 Asked whether he would consider further lockdowns, Williams said the province’s health table has yet to answer key questions about what such a scenario might look like, whether it would be provincewide, what the trigger might be and whether schools should also be closed.

Over the past seven days alone, Ontario has seen 71 deaths in long-term care homes, a number health officials expect to quickly rise as case counts grow.

The modelling also shows the number of people in intensive care will surpass the 150-bed mark within two weeks, a critical point when experts say the province will have to cancel many surgeries. Under the worst-case scenarios, ICU occupancy will exceed 400 beds within six weeks.

“It will force significant cancellations of surgeries, diagnostic tests, just about all non-COVID-related activity.”
As for the apparent disconnect between today’s modelling and the province’s response, Warner said:
“I’m really at a loss for words. I feel like Premier Ford and Dr. David Williams are on an island by themselves making decisions independently. Because the decisions they’re making make absolutely no sense.

“Unless something changes, our future is extremely grim,” he said.

The updated modelling comes as the province blew through its earlier projection of 1,200 new daily cases by mid-November, with 1,575 new cases of the virus announced Thursday (12) — its third straight record-high day.
At a news conference earlier in the day, Premier Doug Ford defended the province’s plan, saying that while the numbers are “concerning” and “alarming,” widespread shutdowns are not the answer.

“The easiest thing to do, folks, is to sit back and say let’s just shut down the whole province. How do you deal with the mental health of people? It’s easy for people to say just shut everything down.”

The first 22 minutes of that news conference were spent almost exclusively focusing on Ontario’s economic picture, with Ford announcing what he called a “historic” new partnership for a Hamilton shipbuilding company to build steel ship parts.

Asked Thursday (12) evening if the premier would comment on the projections, Ford’s press secretary Ivana Yelich sent a copy of his comments from earlier in the day, adding that he has repeatedly said he won’t hesitate to take action when it is recommended by Dr. Williams.

Based on the growth rate of new cases in early November, Ontario is on track for 2,000 cases a day around Dec. 1, according to recent projections by the COVID-19 Modelling Collaborative. Work by this group — which includes scientists and physicians from the University of Toronto, University Health Network and Sunnybrook Hospital — has fed into the province’s own modelling forecasts.

The last time Ontario released modelling, at the end of October, Premier Doug Ford hinted that it would show good news.

“We see the curve going down,” he said one day before the modelling was released publicly. The modelling suggested the rate of increase in new COVID-19 cases was slower than it had been in previous weeks, but infections were still on the rise.