The City of Toronto will allow restaurants and bars to expand their patios — increasing the number of tables outside — once establishments are given the green light to open for more than takeout and delivery, Mayor John Tory said Thursday.

Tory said the move, dubbed “CafeTO,” will likely see patios expanded to sidewalks and curb lanes, allowing restaurants and bars to take a step toward reopening while maintaining physical distancing.

While Tory couldn’t give a clear timeline for the implementation of the new plan, he said it will likely be part of the province’s second phase of reopening and easing restrictions.

“At my urging, the city can act quickly, at lighting speed, as soon as provincial order is lifted,” Tory said at a morning briefing on the plan.

“This is an industry that has been terribly hard hit, and we also [know] this industry is important to people.”

Tory said thousands of employees have been out of work since restaurants and bars across the city were told in March to offer only takeout and delivery during the COVID-19 pandemic.

“This [plan] will help those struggling businesses,” he said.

The city has been working with the province to expedite permits and liquor licensees that would normally be needed to serve food and drinks on sidewalks and city streets.

Additionally, Tory said the city plans to waive fees that would accompany those expansion permits, which will be an “additional help” to businesses attempting to financially recover.

Tory also said many local BIAs have also jumped on board, helping the city identify “space in public right of way” that could be used to expand business’ operations.

“This is an important economic rescue initiative,” he said.

The move follows a request from the mayor last month, asking city staff from Transportation Services to identify areas where restaurants could expand their patio space as part of his overall COVID-19 recovery plan.

Meanwhile, Tory announced Wednesday that licensed street food vendors, including food trucks and ice cream trucks, are allowed to resume operations in the city. All vendors will be expected to maintain physical distancing requirements and provide health and safety measures for their staff, he said. 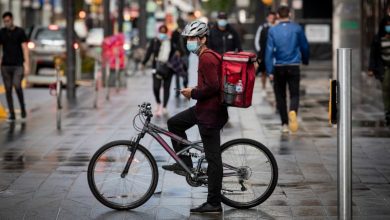