Finding the right wedding photographer can be tough and several women thought they made the right decision when they went with Shelby Morell Photography. That choice is their biggest regret now that the photographer has disappeared with their money and memories.

Over the span of nearly two years, Shelby Morell photographed at least seven weddings in south central Ontario with the vast majority of the couples not receiving the photos and/or videos they paid for.

When Erica Licata reached out to Morell to shoot her wedding, all signs pointed to success. She knew Morell and the price seemed unbeatable — $1,500 for both a video and wedding photos.

“I knew her from elementary school, so I felt comfortable working with her,” said Licata.

On the day of her November 2018 wedding, Licata says Morell showed up and took over a thousand photos.

But more than a year later, Licata has only seen about 50 from that day. She’s still waiting for Morell to deliver her full wedding package.

The situation is similar for Megan Burgess, who is the most recent bride known to CBC Toronto to book Shelby Morell Photography.

Burgess wanted candid shots taken during her March 2019 surprise wedding and when she met Morell in person, it felt like “she really understood our vision.”

Both brides contacted CBC Toronto after seeing an earlier story published about the photographer vanishing on two women. Since that article came out three months ago, five additional women have come forward saying Morell never delivered her end of the bargain.

All seven women say they have been calling, emailing and texting Morell, but haven’t heard from her in months. Some have seen her active online.

“I’ve seen her post stuff and I’ve commented on it asking for my photos,” said Kathryn Deinum, who booked Morell last December for $600. “It’s frustrating.”

Morell promised to deliver photos in October, but hasn’t

CBC Toronto tried numerous times to contact Morell, with her only responding once, right before the initial story was published. In that October email, Morell wrote: “I am so ashamed, but wholeheartedly acknowledge my mistakes.” She went on to say that all of the women “WILL receive what they are owed.”

But both Lily Nguyen and Debbie Wiley say they are still waiting.

“[Morell] sent me an email asking me for my address, which she already has,” said Nguyen. “I followed up with her a few times since then, but I haven’t heard anything.”

Wiley, who was the first bride to book Morell, says she found her online and the reviews were initially good.

“Once I started having problems with her, I saw that her online reviews were getting consistently worse,” said Wiley.

The women can sue Morell for the amount they paid her, says Darryl Singer, head of civil and commercial litigation at Diamond and Diamond, a law firm in Toronto.

“For sure, they’ll win,” said Singer. “They’ll end up with a judgment that’s a piece of paper and that’s it.”

The better route, says Singer, is asking the Superior Court for an injunction, though it’s a costly and lengthy process.

“[It’s] a court order compelling this photographer to provide all the video and photography she took,” said Singer.

“At this point, I just want the raw footage; I can edit everything myself,” said Sarah Filipe, who doesn’t have any photos or video from her 2018 nuptials.

1 woman gets photos after begging for 9 months

The only woman who did end up getting her photos is Alexandra Ogilvie who hired Morell in October 2018 after knowing her from high school.

“So, the initial contact was good. It was closer to the day that I guess I should have picked up on some warning signs,” said Ogilvie. “It was tough to get a hold of her.”

Weeks after the wedding, when it was time to collect her photos, Ogilvie says Morell rarely answered her emails and calls.

Seven months later at a mutual friend’s bridal shower, Ogilvie says she confronted Morell. Still, she says it took a few more weeks and a complaint to the Better Business Bureau to get her photos.

“I was kind of at my wits’ end,” said Ogilvie, who says she’s speaking out to warn others.

“It was so stressful … It breaks my heart knowing that there are other women out there.” 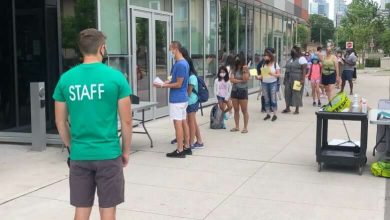 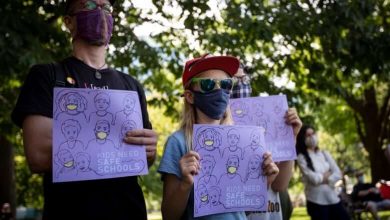 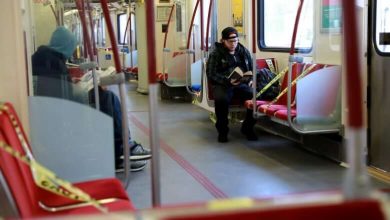