Eduarda Sousa-Lall was born in New York but she was always very connected with the Portuguese culture. Daughter of a Portuguese father and Italian mother, she grew up embracing both cultures but the passion of her Portuguese heritage runs strong through her veins. Last year, it was this passion which led her to run (and assume) the presidency of Federation of Portuguese Canadian Business & Professionals (FPCBP). However, in the last year the Canadian and Portuguese economic reality was very different from today. Re-elected to run another mandate for the Association, Sousa-Lall wants to “offer more business and professional oriented events” to companies and help them to face the new market. The Virtual Video Conferencing platforms are just an example of the effort that Federation is making to help entrepreneurs that are admitting that it will be hard “to close deals”.

The pandemic opened an 8.7 billion euro hole in public revenue in Portugal, Finance Minister Joao Leão said last month, predicting a 6.3% deficit in 2020 and an increase in public debt to 134.4% of GDP from last year’s 117.7%. In Canada the federal deficit is projected to hit $343.2 billion this fiscal year – the projection was released this week by the Finance Minister, Bill Morneau.

The direction of FPCBP is the same as last year, and the president underlines that they are a team and recognizes the effort that each of them offers to the federation—Eduarda Sousa-Lall as president; Paulo Rocha as vice president; Sergio Ruivo as treasurer; Carla Pereira as secretary. There are also eight directors (Susy C, Henriques, Melissa de Simas, Sara Vieira, Amanda Caldas, John Ribeiro, Ana Maria Faria, Eddie Suliman and Philip Arruda) and two trustes (Kim Ferreira and Michelle Jorge).

The FPCBP Scholarship Program is the oldest and largest Scholarship Program of its kind in the Portuguese Canadian Community. The president’s advice to the students, is to remain proactive, informed and optimistic. Speaking to Milénio Stadium, Sousa-Lall promised that in 2021 the FPCBP will be “more vocal, visible and connected”.

Milénio Stadium: You were recently re-elected as the president of the FPCBP. What is the main goal to the next mandate, and how do you see the future of Canada after the first wave of COVID-19?
Eduarda Sousa-Lall (E Sousa-Lall): We must collectively remain optimistic with what the future holds after the first wave of COVID-19. The FPCBP will advocate for our members and community and will offer more business and professional oriented events, be it virtually or in person, based on Gov’t restrictions. The FPCBP will enhance and have a greater presence within the LUSO community, also partnering with other lusophone communities.

MS: In 2018 you said that FPCBP needs to have a stronger position on Portuguese Associations. But now with the restrictions in the airlines keeping the contact between the two countries will be harder. What’s the feedback that you are getting now from the entrepreneurs?
E Sousa-Lall: As much as entrepreneurs have had to rely on Virtual Video Conferencing platforms, the feedback is that it can be difficult to foster new business relationships and to close deals.

MS: CETA (Comprehensive Economic and Trade Agreement) promised to create a new era between Canada and the European Union. Prior to CETA’s entry into force, only 25 percent of EU tariff lines on Canadian goods were duty-free. With CETA, 98 percent of EU tariff lines are now duty-free for Canadian goods. How are the Canadian and the Portuguese companies exploring the potential of this free-agreement trade?
E Sousa-Lall: With the lifting of restrictions through the CETA Agreement, there has been an increase of trade between Canada and Portugal. Companies that previously experienced a limited quota, have seen an increase in quotas and new opportunities. Based on feedback, Canada is viewed as a destination for Portuguese Exports (both Products and Services). As well as Canada is seen as a launching point for Portuguese products into the US Market because of the new NAFTA Agreement.

MS: Businesses are struggling because of COVID-19. What is the role of the FPCBP in times like this?
E Sousa-Lall: Through collaboration and with one collective voice, the FPCBP will lobby and advocate for our members and community. To assist businesses, the FPCBP team had set in motion the COVID-19 Support Initiative, whereby members and sponsors were contacted to offer social media exposure during the pandemic.

MS: PM Justin Trudeau and Ontario Premier Doug Ford said in the last months that we should buy products made in Canada and in Ontario. The Portuguese community based in Canada has a different challenge. Should we buy Portuguese or Canadian products?
E Sousa-Lall: Buying products Made in Canada/Made in Ontario will support the Canadian Economy. Purchasing products Made in Portugal that are not produced in Canada, does not detract from the Canadian Economy.

MS: The FPCBP Scholarship Program is the oldest and largest Scholarship Program of its kind in the Portuguese Canadian Community based in Canada. Canadians are facing unemployment and the federal government created a program to help students to get a job during summertime. What is your advice to this young people? How can they face the future with optimism?
E Sousa-Lall: During this unprecedented time, we are faced with challenges, which has brought about change and forced innovation. Students will need to remain proactive and informed and seek out the Federal Gov’t programs that will help, support and be beneficial to them. Albeit the future will be different from the norm of yesterday, we remain optimistic with the prospects post COVID-19.

MS: The FPCBP decided to create the speaker series that has the collaboration of Ezonetworks and MDC Media Group. Are these the kind of initiatives that we need to think about from now on?
E Sousa-Lall: A proud time for the FPCBP and the team which created the Speaker Series. The Speaker Series addressing various topics, will be part of the visible online platform moving forward. In 2020-2021, you can expect the FPCBP to be more vocal, visible and connected with the community and beyond. The FPCBP is exploring various collaborations to support our Business Community. 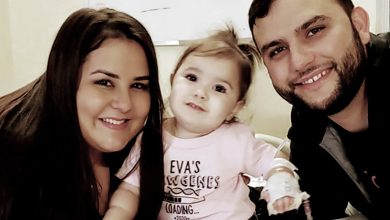 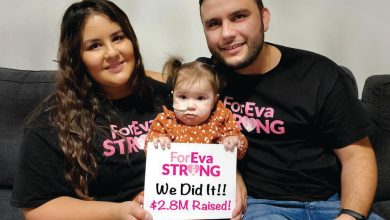 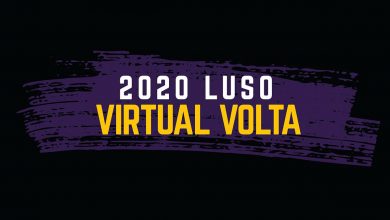