A community builder committed to new Canadians was the recipient of an honorary doctor of laws degree during York University’s sixth spring convocation ceremony. Marcie Ponte, an advocate to promote higher education with immigrant communities, received the honour on June 18 before graduands from the Faculty of Liberal Arts & Professional Studies.

Graduating students heard an inspiring speech from Ponte, who is the executive director of the Working Women Community Centre. A small non-governmental organization focused on the Hispanic and Portuguese communities in the 1970s, the organization has transformed in the past two decades under Ponte’s leadership to become a major agency in Toronto, with five community hubs and services in 25 languages.

Her work has impacted many post-secondary institutions, including York, where she has worked with the Portuguese Student Association of York University to promote higher education to Portuguese- and Spanish-speaking communities.

Ponte, who was born in Portugal and immigrated to Canada as a child, shared her own story as a young woman advocating for newcomers, including for herself.

At the age of seven, Ponte, her three siblings and mother moved from Portugal to Vancouver to join her father, who had been settled there about four years, working on building railways. The family moved across Canada a year later to Kingston, Ont., where they stayed for several years and grew their family with three more children.
“Throughout all this, I could feel that both my parents were unhappy, but they sacrificed their wishes and desires to provide greater opportunities for their children,” said Ponte.

At the age of 14, Ponte’s father died suddenly, leaving her mother to raise seven children in a country where she didn’t speak the native language.

Ponte said it wasn’t long after that she pursued her first act of political advocacy, which was for herself.

“My teacher at the time held a meeting with me and a small group of other Portuguese students to tell us that we were not ready for the academic stream in high school,” she said. “We were told that our parents would have to come to the school if they wanted to discuss this with the teacher. I explained that my mother did not speak English, but the teacher’s response was, ‘Well, there is nothing I can do about that’ – and she said the decision was made.”

Determined to fight for her education, Ponte brought in her mother, who spoke in her native tongue and refused to leave until her daughter was accepted into the academic stream.

At age 15, Ponte’s family moved again, this time to Toronto, where she finished high school part-time and in the evenings so she could work to help support the family. She eventually found herself studying community development and political advocacy at Centennial College, and was steered by an instructor there to work in her own community at St. Stephen’s Community House in Kensington Market – so she did.

“I immediately understood why [the instructor] sent me there,” Ponte said. “My senses came alive. There were people there like me – immigrants – who understood each other’s stories.”

She invited her mother to join to help cook alongside other Portuguese women at an event she organized, and said it was the first time in a decade she had seen her mother enjoy life.

“I saw a very different woman in my mother – she was participating in conversations with other Azorean women who shared similar experiences of immigrating to Canada. She loved to cook and she was laughing – she was happy. From the age of seven, until that point, I had little memory of my mother expressing joy.”

That was the moment, she said, she knew she was in the right place and decided to pursue a career helping immigrant women and their families adjust to their new lives in Canada. It has been her life’s work for the past 45 years.

“In the spirit of my first act of political advocacy, you will appreciate for the past 18 years we have been running education programs for at-risk students of Portuguese- and Spanish-speaking descent,” she said. “We have devoted ourselves to ensuring that these students are not left behind and are afforded equal opportunity to achieve academic success.

She urged graduands to approach life with the perspective that everyone belongs in their community. Stand up for people coming here for better lives, and stand up for equity and accessible education for all students, she said.
“In an era where indifference towards newcomers/refugees and where hate is increasingly showing its ugliness, I choose to continue to do this work because I, and we at Working Women Community Centre, believe that everyone belongs in their community,” Ponte said. “There is strength in community.” 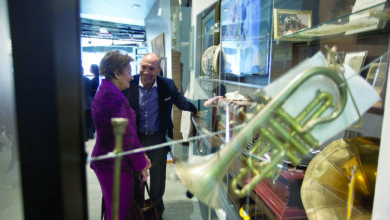 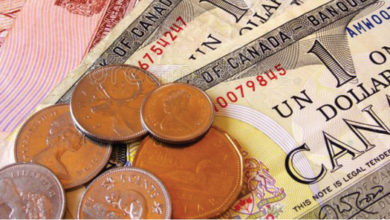 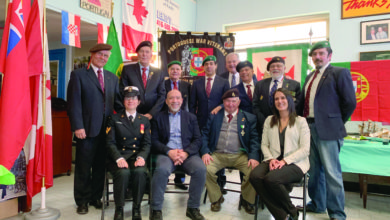 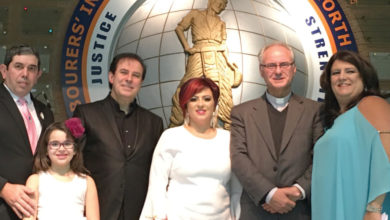