An expansion team on a jaw-dropping run, an opponent that started the season with perhaps its lowest expectations in years, a superstar finally getting his first chance at glory, a head coach left at curb 18 months ago and a city that connected with its new club after an unspeakable tragedy.

And through it all, Nate Schmidt, who played parts of four seasons for Washington before getting plucked in the expansion draft by Vegas, might have put it best.

“The Stanley Cup final that was never meant to be, right?” the Knights defenceman said at Sunday’s media day. “You look at this group on both sides, they were both down and out. You look at the players that we have, it was supposed to be a down-and-out team, we weren’t supposed to be that great. And a closing window for (Washington) that just got younger, got hot and started playing well.”

On one side of this series no one expected, let alone dreamed of, eight months ago is a first-year Vegas team peppered with players sent to the scrap heap by the league’s other 30 clubs that finished the regular season with an astonishing 109 points.

That was nice story, but the playoffs would be different, most observers surmised.

The Knights then went 12-3 through the first three rounds of the post-season, brushing aside the Los Angeles Kings, San Jose Sharks and Winnipeg Jets with relative ease.

Then there’s Washington, the perennial Stanley Cup favourite that failed time and again to reach the Eastern Conference final in the career of superstar captain Alex Ovechkin.

Many believed the Capitals’ window for a title might have closed after last season’s second-round loss, and second in as many seasons, to the Pittsburgh Penguins. But a retooled, younger and faster roster rebounded from that demoralizing setback and hit its stride when it mattered most, coming back from an 0-2 deficit to beat the Columbus Blue Jackets, finally getting past Pittsburgh and downing the Tampa Bay Lightning in seven games after trailing that series 3-2.

“They were still a very good team, still very good key players,” Schmidt said of the Capitals. “For us, you just saw guys expand their roles and be able to become players in this league that we all thought we could be.”

When it comes to individual stories, there’s no need to search any further than Ovechkin, who has been playing like a man possessed, sitting just four wins from the Stanley Cup.

The coaches also have compelling tales to tell. Gerard Gallant of Vegas was fired by the Florida Panthers in November 2016 and left to get himself a cab to the airport, while Washington’s Barry Trotz is without a contract for next season and might have been out the door had the Capitals not made this push to the final.

Add Vegas goalie Marc-Andre Fleury, Washington’s playoff nemesis when he was with Pittsburgh, to the mix along with the bounce-back of Capitals counterpart Braden Holtby and there are so many ways this series could twist and turn.

“Every round we played, everybody picked the other team against us,” Fleury said. “We always had to believe in ourselves, be confident in ourselves.”

But perhaps the most touching, most human, story heading into the final no one saw coming is how the Knights connected with Las Vegas in the aftermath of the massacre that saw a gunman kill 58 people and injure hundreds more at an outdoor concert in early October.

The club hit the right tone, honouring the victims on opening night with a sombre ceremony that included 58 seconds of silence, and hasn’t looked back as the city fell in love with its first professional sports franchise from one of North America’s four major leagues.

“An extremely emotional time when you’re close to something like that,” Vegas general manager George McPhee said. “It’s hard to fathom when you sit back and realize you’ve lost 58 people … that 58 seconds felt like forever.

“Sometimes beautiful things follow something like that. The way that this community came together and these people helped each really was beautiful to experience (and) to witness.” 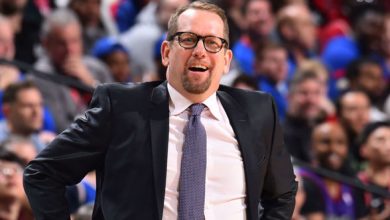 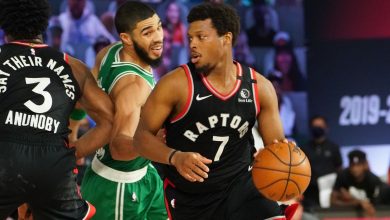