As the coronavirus outbreak continues to spread outside of China with hundreds of confirmed cases on a daily basis, experts say the situation is rapidly moving toward what’s known as a pandemic.

But World Health Organization Director General Tedros Adhanom Ghebreyesus said Monday he is not yet ready to categorize the increased number of COVID-19 cases as a pandemic.

“Does this virus have pandemic potential? Absolutely it has. Are we there yet? From our assessment, not yet.”

He said the decision was based on an ongoing assessment of the spread of the virus worldwide, the severity of the disease it causes and the impact it has on society.

What is a pandemic?

A pandemic is the consistent spread of a new disease around the world in a population that has not yet gained immunity to it, according to the WHO.

“If we’re not using the term pandemic today, we may very well be using this term in the days ahead as we watch this unfold.”

“We’re at the point where I wouldn’t be surprised if the WHO called this a pandemic this week or next week,” said Peter Daszak, president of EcoHealth Alliance, a New York-based international research organization, and an expert who has studied infectious diseases in China for more than 15 years.

“I think we’re more or less at that point now.”

Why didn’t the WHO call COVID-19 a pandemic?

One reason why the WHO may have been hesitant to use the term pandemic to classify the outbreak is because it could incite fear among the global population.

“I have spoken frequently about the need for facts, not fear,” Tedros said. “Using the word pandemic now does not fit the facts, but it may certainly cause fear.”

While that may be the case, some experts say the need to communicate the situation clearly to countries around the world to ensure they prepare for more widespread transmission is essential.

Jason Kindrachuk, an assistant professor and Canada Research Chair in emerging viruses at the University of Manitoba, says officials are likely still trying to determine whether the increase we’re seeing is the result of relatively isolated cases where an individual spreads the virus to a small group, or evidence of “sustained human-to-human transmission.”

Whatever the answer, the situation could change quickly. All it might take is another spike in new cases outside of China for the WHO to apply the pandemic label, Kindrachuk said.

“The unfortunate side is, if they wait too long to announce it, then you do deal with a potential for decreased public trust,” he said.

“If you sound it too quickly and too urgently, then maybe it is like crying wolf, where people don’t take it seriously enough.”

What changes in a pandemic?

While a pandemic may not change much in terms of our ability to contain the spread of the virus, it does signal a shift in the way health officials are responding to it worldwide.

“It changes our perspective from one of containment, to really looking at mitigating the impact of this epidemic,” Bogoch said. “And that means different things to different parts of the world.”

For Canada, that would mean preparing our health-care system for an increase in both imported cases and locally acquired cases, in addition to increasing our ability to conduct testing in order to identify and treat patients, he said.

“If there is a silver lining, it’s that when this starts to have greater global transmission, we will be nearing the tail end of our influenza season in Canada,” he said.

“And we will likely have greater capacity to deal with this because influenza season is certainly winding down.”

Chief Public Health Officer Dr. Theresa Tam said Monday Canada’s pandemic response plan includes researching a vaccine, expanding testing capabilities and managing essential supplies. But she also pointed out that Canada’s course of action would be much the same whether the WHO declares a pandemic or not.

“I think what it does is it changes the public’s mind with what we’re dealing with now,” said Daszak, with EcoHealth Alliance.

“I think it’s incumbent on health authorities around the world to start telling their public what to expect and how to get ready mentally for what’s going to happen.”

“As the outbreak expands in its geographic scope, then travel becomes more of an issue in driving the further dispersion of the disease,” Khan said.

“If this evolves into a full blown pandemic, this will really be ubiquitous — this will be found everywhere.”

Who gets a ventilator? In ‘hypothetical’ worst-case scenario, age might decide 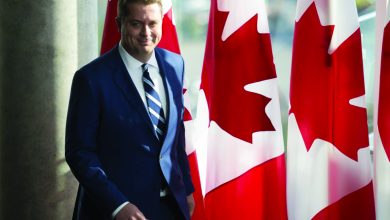 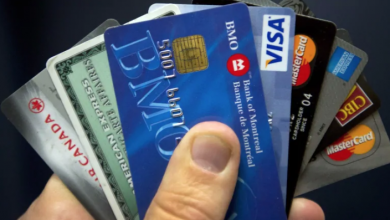 As COVID-19 bailouts pile up, Canadians ask for relief on credit card rates 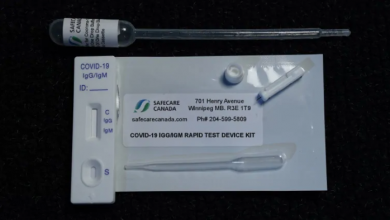