With the federal election looming on Oct. 21, here’s what you need to know before you vote.

How do I know where to vote?

Each voter is assigned a specific polling station. You can find yours on your voter information card; Elections Canada will also have a list available when all polling station locations are confirmed. There were 72,857 polling stations in the last election. Some will be advanced polls in the lead-up to the election, where you can vote in advance.

You can also vote at your local Elections Canada office almost any time throughout the campaign. A list of offices will be made available when all office locations are confirmed.

There’s only a few requirements to vote. You must be:

If you aren’t registered now, you can always do it when you go in to vote. Just make sure you bring the proper documents.

So what do I need to bring?

You’ll need something that proves your identity and your current address. The easiest ID to bring is a driver’s licence but any ID that’s got your photo, name and address on it and has been issued by the federal government, the province or your municipality will do.

If you don’t have those, you can bring two other pieces of ID; both must have your name on it and one has to have your current address. This includes passports, blood donor cards, birth certificates, band memberships and dozens of other options.

If you don’t have any ID, you can get someone to vouch for you. But they must be able to prove their own identity and address.

How do I know my riding?

There are 338 ridings, each represented by a member of Parliament, who you will help choose with your vote. The ridings are distributed between provinces and territories.

Your federal riding isn’t necessarily the same one you voted in during the provincial or territorial election (with the exception of parts of Ontario), so make sure you double-check you’re in the proper riding for your address.

Can I vote if I’m homeless?

Yes, but you will have to show a piece of ID with your name and provide an address where you’ve spent time. If that’s a homeless shelter or a drop-in centre, you can get them to fill out a letter of confirmation of residence and use that.

If you don’t have an ID, you can get someone to vouch for you. But they need to have their own valid ID with current address.

How do I vote if I live in a remote community?

Elections Canada says it has polling stations already planned for many remote locations.

But for the most remote places, like lighthouses and fly-in communities, it relies on service agents. These agents travel with the ballots to these locations in advance of election day and often wait until residents are finished voting so they can make sure the ballots get back safe.

What if I can’t make it on election day?

There are four days of advance polls on Oct. 11, 12, 13 and 14. You can also vote at your local Elections Canada office during most of the election period. If you apply in advance, you can vote by mail after the election is called.

How do I vote if I’m a student?

It depends on which riding you choose to cast a vote. If you consider your student housing (including residence buildings) your home and have valid identification confirming the address, you can vote in that riding at a local polling station ⁠— there might even be one on campus!

If you don’t have ID with this address and want to vote at your previous home, you can do it via mail. You can get in touch with Elections Canada after the election is called to get a kit sent to you.

How do I vote if I’m working away from home, still in Canada?

It’s similar to how students can vote; you have to decide what riding you consider home. If you have identification which proves your address while away at work, you can vote there locally.

If you’d rather vote at your “home” address, you have to do it by mail. You’ll be able to sign up to get a kit sent to you from Elections Canada after the election has been called.

Yes. Legislation changes — and a Supreme Court vote — have dropped restrictions on expats. Previously, if you lived out of the country for more than five years, you couldn’t vote. Now, all Canadians living abroad can vote, as long as you verify your identity and the previous address where you lived in Canada. That’s the riding you’ll be voting in.

You can apply now to get on the international voters’ register and a voting kit will be sent to you as soon as the election is called.

When will I know the candidates in my riding?

There’s also a chance a party won’t have a candidate in your riding. Some parties choose not to run one in all ridings — or simply can’t find a candidate.

Can I get time off work to vote?

Yes, by law, every employer must give employees three consecutive hours while polls are open to vote on election day (with exceptions for the transport industry). Your employer decides exactly when those three hours will be. They can’t dock your pay either. If they do, they could face a fine or time in jail.

Can I go in and vote for no one?

Yes, but it will be counted as a “rejected ballot.” In some provinces, unmarked ballots are actually tallied.

Rejected ballots include unmarked ones, those that have been defaced or those with multiple votes on them. There were 120,515 rejected ballots in the 2015 election or 0.7 per cent of all votes.

If you are handed a ballot and give it back unmarked immediately (without even going into a booth), that becomes a “spoiled ballot,” which is not counted.

Can I take a selfie with my ballot?

Once you step inside a polling station, you can’t take photos — so that means no selfies with your ballot. It’s a violation of the Elections Act, which could mean a fine or even jail time.

What are some other polling station rules?

Each candidate is allowed to have a representative at polling places. They can monitor how the voting is running, but cannot interfere with the voting process, hand out literature or campaign for their candidate. They can’t even wear the same colours as the party they are representing. Neither can polling staff.

In most cases, party campaigning, including signs and pamphlets, are banned from the entire property where voting is taking place, including the parking lot. There are exceptions if voting is happening in a large building, like a condo or a university.

So what if I see something sketchy while voting?

If your issue is with something you saw inside the polling station, your primary contact is that location’s central poll supervisor, who may choose to escalate it to the deputy returning officer. They’ll have you complete an incident form and give you a case number so you can follow up later.

If your problem is with an election sign in your community, you can contact the Office of the Commissioner of Canada Elections.

I keep getting calls or texts from parties … what can I do?

This messaging is allowed, as long as it doesn’t identify itself as coming from Elections Canada or mislead and prevent people from voting.

Political parties are exempt from Canada’s anti-spam legislation as well as its do-not-call list.

You can ask the party to stop contacting you. Elections Canada encourages you to directly reach out to the parties to do that. The CRTC can issue fines if parties do not stop calling someone who has asked them to stop. But party text messages are exempt from existing legislation.

How many seats does a party need to win?

It depends on what type of government is elected. In order to win a majority government, a party needs 170 seats. The Liberals won a majority with 184 seats in 2015.

A minority government is won by the party that gets less than 170, but still has the most seats. It can be close ⁠— only two seats separated Pierre Trudeau’s Liberals from Robert Stanfield’s PCs in 1972.

What happens if there’s a minority?

The party with the most seats will have to rely on the support of other parties to stay in office. This could mean forming a coalition or a “confidence and supply agreement,” as in the case of the NDP and the Greens in British Columbia, who banded together and took down a Liberal provincial minority government in 2017. They are still working together today.

It might mean giving up concessions or certain projects based on the beliefs of the other parties with whom the minority party is working. Stephen Harper led two minority governments before winning a majority in 2011.

If I live on the West Coast, will initial results be announced before I’m finished voting?

As in 2015, Elections Canada will stagger voting hours on election day, so much of the country is voting at the same time. However, with six time zones, this is tricky to co-ordinate.

Depending on the speed of vote counting and tabulation, there’s a good chance those in British Columbia will know results from Atlantic Canada before polls are closed in B.C. The advent of social media has made it impossible to keep results secret ⁠— and it’s uncertain if it makes a difference anyway.

Liberals enrich some COVID-19 benefits in new bill, urge all MPs to support it 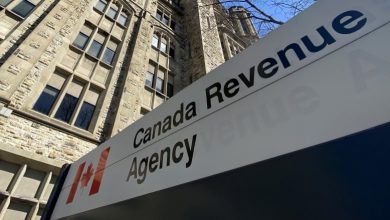 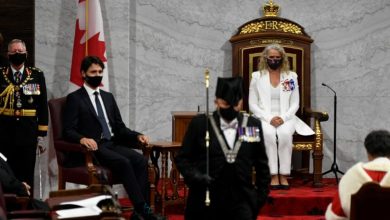