It’s no surprise that online sellers are going gangbusters during the COVID-19 pandemic. Browsing a website at home and getting delivery is much more appealing to those who don’t want to venture into potentially virus-infected stores.

But it’s not just the Amazons, eBays and Walmarts of the world that are facing colossal demand. Small Canadian businesses that sell luxury products online have seen a sales surge as well.

Aaron Spivak, a co-founder of Hush Blankets of Toronto, said his orders for April this year are more than five times what they were in April of last year, hovering close to $500,000.

“The spike in sales has been pretty spectacular,” he said.

Gaelyne Leslie of Toronto, founder of Crawford Street Natural Skin Care, said orders for her line of products are way up as well. “In March, we saw double the sales of the same period last year,” she said. “And now in April, sales have tripled over last year.”

Individual orders are larger as well — 20 per cent bigger on average.

“People are looking for products they can purchase online that are a little bit of luxury at home, to give themselves their own spa treatment or nail treatment,” said Leslie. “It’s a little treat they can get at home, safely.”

New customers are shopping online with a wide variety of sellers, according to Shopify, the Ottawa-based ecommerce firm that provides back-office software for more than a million online businesses worldwide.

Its data shows that over the past three weeks, the number of consumers purchasing from Shopify merchants for the first time — that is, people who haven’t ordered from those particular vendors before — has grown by 78 per cent.

Online ordering of all kinds has led to a backlog at Canada Post processing centres. The agency is advising customers across the country to expect delays with their purchases due to exceptionally high volumes.

“For example, on Monday, April 20, we delivered more than 1.8 million parcels to Canadians. That’s similar to the biggest delivery days we see during the Christmas season,” the Crown corporation said in a news release issued this week.

Canada Post spokesman Jon Hamilton added that parcels are being shipped by retailers of all sizes. “The big online retailers for sure, but also many small- and medium-sized businesses that were either selling online before, or have moved to online during the COVID crisis.”

Too much of a good thing?

Aaron Spivak’s Hush Blankets has always made most of its sales online. But he and his partner weren’t prepared for the surprise boost in business.

“We didn’t have enough inventory. Our warehouse was probably 60 per cent full, but we have quite a few products in pre-order right now.”

He puts consumers’ sudden interest in his product down to the fact that so many people are stuck at home, possibly longing for products that will make them feel good.

“We’re a comfort,” he said. “People want something to cuddle with.”

But the outbreak has slowed deliveries from his Chinese manufacturer. Some customers will have to wait for their plush new blanket — which Spivak insists will be virus-free. “It sits on a boat for four to six weeks before it even gets here.”

Gaelyne Leslie manufactures her skin creams, toners, lotions and lips balms in her own industrial kitchen in Toronto, but it’s also under stress.

“The spray pumps that we put on our toner and our shower spray are sold out,” she said. She suspects her usual supplier has been swamped with orders from other manufacturers that have begun to make antiseptic sprays, in response to the COVID-19 crisis.

“We’ve had to start offering to refill bottles and telling customers to save the top.”

She said that online retailers always prepare for big sales in the fall, not the spring. “The four days from Black Friday to Cyber Monday are the jackpot,” she said. “We all put a ton of effort into filling our best sales during that period.”

But no one could have foreseen the pandemic and the consumer demand it has inspired. She and her small team have been working long hours.

Leslie attributes her sales boost to consumers’ desire to enjoy a luxury at home, but she also thinks people may be taking more time with their skin care routines in order to look good on video calls they have to make from home.

“I think with everyone doing Zoom calls and Microsoft Teams — where they can be seen — they still want to look good. Even just a touch of red lipstick makes your whole face brighter and maybe lifts the spirit, too.”

Even stores that haven’t bothered with ecommerce in the past are getting in on the current action.

Warren Cann and his mother, Heather, have run RusTeak, a furniture store in Toronto, for 21 years, specializing in items imported from Indonesia and India as well as custom-made pieces. With an 8,000-square-foot showroom, they typically made all their sales to customers who walked through the door to see the merchandise in person.

But with business down as much as 60 per cent since the crisis hit, Cann decided to try online sales.

“My mother and I decided we’d catalogue all our inventory and put it on our website,” he said. “We thought we could tell customers that no reasonable offer would be refused.”

As it turned out, they didn’t even have to make their no-offer-refused pitch — people started to buy right away.

Cann said he saw the same phenomenon during the SARS outbreak in 2002 and 2003, where people were stuck at home and decided to spruce up their environments.

“I think condo dwellers who live in small spaces, they’re going stir crazy and everyone has shifted to buying online.”

Most industry analysts are forecasting hardship in the year ahead for the retail sector. It was a rough year even before the pandemic, with chains such as Pier 1 and Carlton Cards going under. In a recent survey from Deloitte about Canada’s retail industry, 68 per cent of participants said they will scale back discretionary purchases.

Deloitte describes the impact of the COVID-19 crisis as “devastating” for Canadian bricks-and-mortar retailers.

But as the experience of some online entrepreneurs shows, people will continue to spend on niche products. 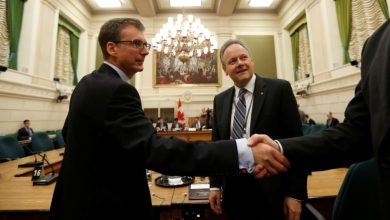 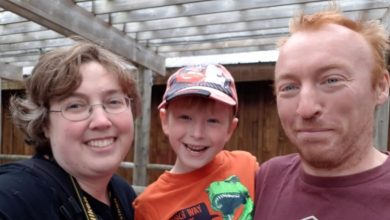 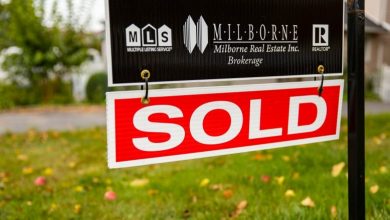