Eastern Ontario’s children’s hospital is seeing a spike in the number of young people visiting the emergency department after ingesting cannabis edibles they’ve found at home.

In a news release, CHEO said it saw an 85 per cent increase in the number of youth showing up at the ER after consuming edibles from May to July, compared to the same months last year.

There were also no visits from children younger than 13 during those three months last year, but in 2020, that age group accounted for 28 per cent of all edible-related visits.

“Now that edibles are more likely to be in the home, there is an increased risk children might find them and mistake them for candy,” said Dr. Melanie Bechard, a pediatric emergency physician at CHEO.

Cannabis edibles became legal for recreational use for the first time in Canada last October.

The regulations at the time gave authorized distributors and retailers access to three new classes of products: edibles like candy and baked goods, cannabis extracts and “topicals” like ointments or makeup.

In the past three months, CHEO saw 39 children, all under the age of 18, visit the hospital due to cannabis-related reasons, Bechard told CBC Ottawa.

The proportion of total ER visits related to cannabis ingestion also tripled during the same period, the release read.

While the overall numbers are still relatively low, CHEO said in its release that they may actually indicate a worrying trend.

Bechard said the cannabis-related visits are a concern, particularly among younger children who might “stumble upon some tasty-looking candy and ingest edibles unintentionally.”

“Some of these cannabis edible companies sell their products in packaging that looks so much like well-known candies that it is almost impossible for children to notice the difference,” Bechard said.

CHEO is asking parents to be mindful of where they store their edibles to ensure kids can’t reach them.

“This is a problem with a solution,” said Bechard.

“Simple safety measures and talking to kids about the dangers of cannabis edibles can help reduce the number of children visiting the hospital for cannabis-related reasons.” 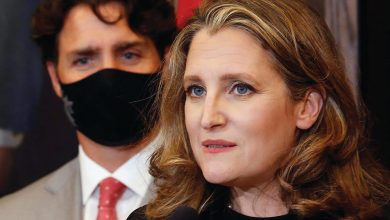