One of Canada’s top companies will have staff work from home as much as possible — even after the COVID-19 pandemic ends. 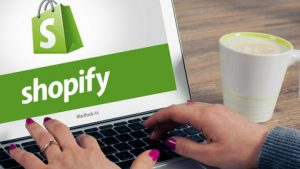 The CEO of Ottawa-based e-commerce company, which became Canada’s most valuable company earlier this month, said in a tweet it’s now “digital by default.”

“We will keep our offices closed until 2021 so that we can rework them for this new reality,” said Tobi Lutke.

“And after that, most will permanently work remotely. Office centricity is over.”

More than 5,000 people work for the firm that helps other businesses set up online stores, including at several floors of its stylish, modern headquarters in a downtown Ottawa highrise.

It just announced plans in January to open a four-floor, 6,500-square-metre office in Vancouver.

Its chief talent officer Brittany Forsyth said in a statement it’s going to keep “recruitment hubs” in those cities and others such as Toronto, Montreal and Waterloo, Ont.

“COVID is challenging us all to work together in new ways. We choose to jump in the driver’s seat, instead of being passengers to the changes ahead,” Lutke wrote.

He said many of its customers have a similar model, which will help Shopify better understand their needs.

As of late last year, Statistics Canada didn’t collect data on how many Canadians work remotely, but location of employment has begun to fade in importance as employees interact in a virtual space instead.

Twitter, for one, said last week it will let its staff work from home indefinitely.