The Quebec government is imposing an overnight curfew and extending the closure of non-essential businesses for a month in an effort to slow the spread of COVID-19.

Premier François Legault said the stricter measures, which he described as “shock therapy,” will begin Saturday. Many of them will be in place for four weeks, until Feb. 8.

“The upcoming month is going to be a critical one,” Legault said at a news conference Wednesday. “We are in a race against time.”

“Unfortunately we have lost this race in the last few weeks. But we can win it.”

The new restrictions, however, did not include any limits on the manufacturing or construction sector, nor a prolonged break for schools — areas that have accounted for a large portion of outbreaks in recent weeks.

The curfew was also swiftly criticized by civil liberties groups, who argued the government was infringing on individual freedoms, and experts questioned whether it would help reverse the rise in cases.

“State responsibility is crucial in this extraordinary situation that we are experiencing,” the Ligue des droits et libertés said in a statement.

Unlike during the lockdown in the spring, Legault said manufacturing and construction will not be shut down, but he asked them to concentrate on work and goods that are considered “essential.”

More than a quarter of COVID-19 outbreaks in the province’s workplaces were identified in the manufacturing industry during the week ending Dec. 19, according to the most recent government data.

Quebec’s public health director, Dr. Horacio Arruda, said most of those outbreaks occurred in the food industry, which cannot be shut down because it is essential.

The premier had been reluctant to introduce stricter measures despite growing concern from health experts, saying he wanted to protect families and the economy.

But the rising daily case count and the increasing number of hospitalizations prompted the government to go further — though not as far as some health experts had hoped.

“As premier, I am responsible for the safety of Quebecers,” Legault said.

“I have to make difficult decisions. There aren’t a thousand solutions and there are no perfect solutions. It is urgent to reduce Quebecers’ contacts.”

New restrictions were put into effect over the Christmas break, shutting schools and all non-essential businesses until Jan. 11.

Legault said Wednesday the measures weren’t enough to reduce the spread of the virus and that a longer period of confinement was necessary.

Cécile Tremblay, an infectious disease specialist with the Université de Montréal hospital network, said the restrictions, as difficult as they may be on the population, were necessary to alleviate pressure on the health-care system.

She said closing more economic sectors would have helped curb the spread of the virus further, and questioned whether a curfew would have a major impact.

“Right now it is not stable. It is increasing, and the hospitals are overwhelmed,” she said.

When asked how he would evaluate when it would be safe to lift restrictions, Legault didn’t offer specifics, but stressed that cases and hospitals aren’t the only considerations.

“There are many, many indicators that we have to watch,” he said. “There’s not only one.”

The latest report from the province’s health research group suggests hospitals in the greater Montreal area could run out of space in less than three weeks. In many parts of the province, health-care services have already been scaled back.

Legault said that 80 per cent of those hospitalized are over the age of 65. He urged older people to be careful in the coming months as they await a vaccine.

As part of the announcement, Quebec also revealed an updated, more optimistic timeline to inoculate the population.

The province expects to vaccinate 250,000 people by early February, when Legault plans to lift some of the lockdown measures.

The first phase of vaccinations includes all those living in long-term care homes and more than half the province’s health-care workers.

By the middle of February, Quebec expects to begin vaccinating people over 80 in the general population. 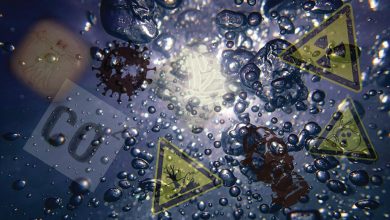 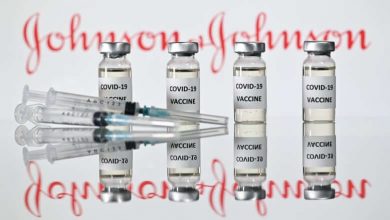