Calgary’s Stephen Avenue Walk, a pedestrian mall that cuts across the city’s downtown, is about to get more permanently colourful with gay and trans Pride flags painted on the pavement this weekend.

But that “amazing” assessment is conditional.

“Alberta currently has the only government in all of Canada’s history that actually rolled back LGBTQ rights. So for Calgarians to have a crosswalk that won’t be washed away, that isn’t hidden and that is unmistakable is very powerful.”

Premier Jason Kenney has said teachers should determine if that information is shared with the parents.

Hundreds of Albertans have protested the change with some saying it could put students in unsafe situations.

Dr. Kristopher Wells, a MacEwan University associate professor and Canada Research Chair for the Public Understanding of Sexual and Gender Minority Youth, says visual statements like Pride flags and crosswalks are powerful but need to include ongoing actions that go beyond one-offs.

“Being an ally is not a one-time action. It also means examining policies and practices to ensure they are welcoming and inclusive,” Wells said Friday.

“This is why several municipalities are now examining the creation of conversion therapy bylaws and ways they can support local LGBTQ organizations in their community all year long.”

Despite progress, the fight for full equality is far from over.

“Unfortunately, hate crimes are rising in Canada and LGBTQ rights are increasingly under attack,” Wells said.

“This makes it even more important for municipalities to rise up and take a stand for human rights and build communities that are truly welcoming, safe, and inclusive for everyone.”

Coun. Druh Farrell says she’s happy with the decision to make it permanent because it’s been a long time coming.

“It shows we are an inclusive city that respects gender diversity,” she said.

But with the increase in communities adding Pride crosswalks and flags,there are  lots of examples of those symbols being defaced.

Earlier this month, three Pride crosswalks were painted over in Gibsons, B.C.

An Ontario man was charged with mischief after he allegedly left tire marks on a new Pride crosswalk last month.

A Lethbridge Pride crosswalk was smeared with tar or paint in 2017.

These are just a handful of examples that demonstrate a need for progress, Morrison says.

“To me, Pride crosswalks act as a lighthouse for LGTBQ people,” he said.

“Maybe you live in a small rural town where you literally might be the only queer person, or maybe you’ve been out your whole life, you will see this crosswalk and know that Calgary is welcoming, safe and that you belong here.”

The Stephen Avenue flags will be painted Sunday, east and west of Centre Street, with a ceremony following Monday around noon. 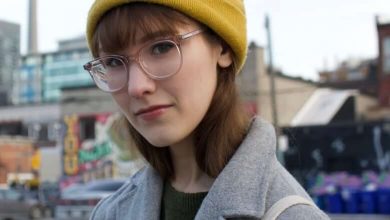 Walmart will require masks in all its Canadian stores starting Aug. 12 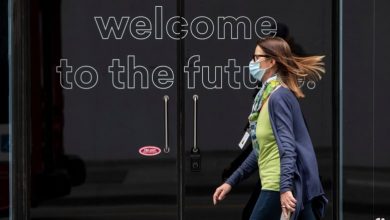