Ontario reported an additional 99 cases of COVID-19 on Monday, while 21 of the province’s 34 public health units confirmed no new infections of the novel coronavirus at all. The new cases are concentrated mostly in Toronto, Peel and Ottawa, with 26, 25 and 19, respectively. Waterloo saw another eight cases.

Ontario has now confirmed a total 40,745 instances of the illness since the outbreak began in late January. Of those, just below 91 per cent are considered resolved. There are currently about 920 active cases of COVID-19 provincewide, mainly in various regions of southern Ontario.

Testing levels remain relatively high, with some 25,567 test samples processed since the last update. Another 15,076 were added to the queue to be completed.

The province’s official COVID-19 death toll stayed steady for a third straight day and currently sits at 2,789. A CBC News count based on data from public health units, which helps avoid lag times in the provincial reporting system, puts the real toll at 2,827. 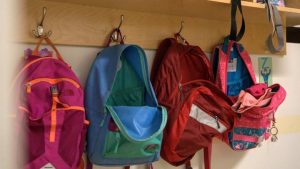 Earlier today, Ford spoke at this year’s Association of Municipalities Ontario conference. The event is being held entirely online due to the COVID-19 pandemic, and features discussions and workshops about how municipalities can begin to recover from the outbreak’s economic ravages.

The AMO has at times clashed with the provincial government during the COVID-19 pandemic, saying last month that emergency funds haven’t flowed to municipalities quickly enough. They pointed the finger at “federal-provincial wrangling about how to share the costs.”