Ontario reported 292 additional cases of COVID-19 on Wednesday, the second straight day with a growth rate in total cases of 1.1 per cent. 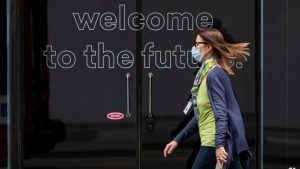 It’s the first instance of consecutive days with less than 300 new cases each since late March.  Those figures are accompanied by a relative jump in testing levels. Some 15,133 tests were processed yesterday — still below the province’s benchmark of 16,000 per day and far fewer than the 23,000 the system has capacity to handle, but the most in a single day since since May 16.

The backlog of tests waiting to be processed grew to 11,817, meaning about 20,000 samples were added to the queue yesterday.  The newly confirmed infections bring the cumulative number of COVID-19 cases in the province to 26, 483. Nearly 77 per cent of those are now resolved. Meanwhile, the total number of health-care who have contracted the novel coronavirus since the outbreak began in late January surpassed 4,500 today, accounting for about 17 per cent of all cases.

Ontario’s official COVID-19 death toll grew by 32 and now sits at 2,155. Data compiled from regional public health units, however, puts the real current toll at at least 2,219 as of last evening. Meanwhile, Ontario has extended its emergency orders to at least June 9, as some areas of the province continue to see a concerning number of new cases of COVID-19. That means that gatherings are still limited to up to five people. Outdoor playgrounds, public swimming pools and bars and restaurants — with the exception of takeout and delivery services — will all remain closed.

The state of emergency, which provides the legislative framework through emergency orders are enacted, was first implemented in mid-March and is set to expire on June 2. Given today’s announcement, it is likely that it too will be extended. The news comes after Ontario saw a renewed surge in daily COVID-19 cases at the end of last week and over the weekend, which Health Minister Christine Elliott linked to families getting together for Mother’s Day earlier this month.

A CBC News analysis published this morning found that more than three-quarters of the active cases of COVID-19 currently listed in the province’s database are found in the five public health units of Toronto, Peel, York, Durham and Halton regions. Meanwhile, Premier Doug Ford is scheduled to make an announcement this afternoon in the wake of a devastating report on conditions inside five Ontario long-term care homes where Canadian Armed Forces members are currently serving.

Long-term care residents account for more than 77 per cent of all COVID-19-linked deaths in the province. As part of the emergency orders, Ontario’s revised rules around staff redeployments at the province’s 630 long-term care homes will also remain in place.

Ford’s daily briefing is set for 1:45 p.m. His office says he will be joined by Elliott and Merrilee Fullerton, minister of long-term care. The premier was notably absent from question period at Queen’s Park today, with Fullerton fielding a series of questions about the military report from the NDP.

Ford’s office said he skipped question period because “the premier’s primary focus right now is on ensuring we immediately address the situation documented in the CAF report that was released yesterday.

“He will be answering questions from the media later today.”

Suspicious activity found on 48,000 CRA accounts after cyberattacks: treasury board