Afterlife violated the copyrighted work of grieving families in order to make a profit, a judge in Ottawa ruled in ordering damages to be paid in a class-action lawsuit.

The lawsuit was filed in Federal Court in Ottawa by Newfoundland lawyer Erin Best on behalf of client Dawn Thomson, who was shocked to find her father’s obituary on the website.

Afterlife effectively copied and pasted obituaries and photographs that had been published elsewhere, and passed the content off as its own.

It outraged families by selling memorial-themed products like candles and sympathy cards that unwitting friends and family could purchase — but with all the revenue going to Afterlife.

She ordered Afterlife — run by Pascal Leclerc — to pay $20 million in damages, and an injunction against the website to prevent it from operating in the future.

Leclerc initially hired a lawyer to handle his defence, but eventually backed out of the proceedings, leading to Kane issuing a default judgment.

Thomson’s father, Denis Trainor, passed away in early 2017. A year later, she saw his obituary posted on Afterlife’s website, where people could pay for things like digital flowers and candles.

“Ms. Thomson described her outrage and mortification that others would think she sought to profit from her father’s death,” wrote Kane.

While Thomson was the face case for the class action, the lawsuit was launched after events set in motion by a different grieving Newfoundlander.

Raylene Manning-Puddister was sitting at home one morning when she went to Google her son’s baseball stats.

Although she has them memorized, she said, “being a bereaved mom, it’s just a dark road you walk every day of your life.”

Instead, she found his obituary as one of the top hits.

It was the same one she had written in 2012, when her 22-year-old-son, Tyler Pittman, passed away. To her surprise, it was posted on a site she had never seen before.

“His obituary was literally word for word. The same pictures. There wasn’t even any change in what I wrote myself.”

Afterlife had even used a poem Manning-Puddister had written for her son, placed alongside paid advertising and options to purchase digital tokens of sympathy.

“It was like someone had ripped my chest out again. I felt like I’d literally gotten kicked in the stomach,” she said. “Who in the world would do something so horrific to take advantage of bereaved parents, of people that lost their parents?”

Manning-Puddister called into CBC’s St. John’s Morning Show, where she shared her story and questioned how it was legal.

CBC then called Best to weigh in on whether it was copyright infringement. She later decided to file a lawsuit.

‘They were absolutely devastated’

In her ruling, Kane said the site had infringed on copyrights by lifting the obituaries and photos of the deceased from other websites.

Best said once she announced she was filing a suit, she was bombarded with people who were furious, hurt, shocked and disgusted by Afterlife.

“You would have a heart of stone if you were not moved by these people,” she said. “They were absolutely devastated … they felt like it was a kick in the stomach at their most vulnerable time.”

Whether any of the plaintiffs will see any money remains to be seen, Best said.

The site had posted more than one million Canadian obituaries at the time it was taken down. Afterlife now directs people to another website, Everhere, which the judge said is also run by Leclerc.

Everhere drew ire in Saskatchewan last year when families of victims of the Humboldt Broncos crash learned it was selling similar products without their permission.

Kane requested the injunction should name Leclerc personally, so he cannot continue posting obituaries on Everhere. 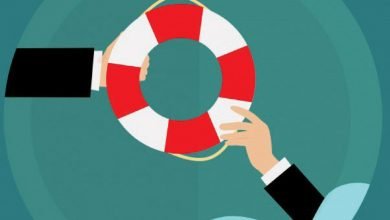