Meghan Markle made an appearance in Vancouver Tuesday for a quiet visit with frontline workers at a downtown women’s shelter.

The Duchess of Sussex sipped Tetley tea and spent more than an hour with managers and staff at the Downtown Eastside Women’s Centre, learning about issues faced by marginalized and vulnerable women.

Meghan asked about the work done at the centre and what can be done to make life safer for women in the neighbourhood, said Kate Gibson, the centre’s acting director.

“She was just casual and lovely,” Gibson said.

“She just wants to get to know the community. We know she’s going to come to Canada and I think possibly the West Coast.

“I think that she just doesn’t want to be sort of a stranger in the midst. She just wants to get to know people.”

The Duchess of Sussex and her husband, Prince Harry, recently announced they wanted to step back from royal duties and split their time between Canada and the U.K.

The couple spent the holidays on Vancouver Island. Tuesday’s Vancouver visit was Meghan’s first public appearance since the couple’s announcement.

Gibson said the visit was arranged when she received a “somewhat mysterious” email from a Hotmail account on Monday asking about security.

It was Meghan’s assistant. The Duchess was interested in visiting some Vancouver organizations that serve women, Gibson said.

The Downtown Eastside Women’s Shelter provides services for women and also serves as a drop-in emergency night shelter. More than 500 women use its services every day, according to its website.

Gibson said she had a great conversation with Meghan, and it was a welcome opportunity for the women working on the front lines to share stories about their work in the community.

“I thought she was really down to earth,” Gibson said.

“She’s very good at sort of picking up something from the conversation and expanding that a bit, and asking questions and [was] empathetic. She was really great.” 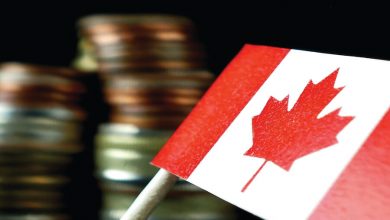 Government to the rescue, again